Alright, we can all agree that Christopher Columbus was a complete shitbag, right? I mean ok, he rediscovered a trade route, committed genocide of thousands/millions of natives, sold Carribeans into slavery, we all know about that; but he also probably never brewed a DIPA. If you do all that horrible shit and then never offset it with at least a quality beer, then, that’s just babystomp levels of wrong. Columbus Brewing would be the inverted analog to the imperialist mariner: solid land locked people with no boats, no imperialistic aspirations, and they brew a fucking amazing DIPA. I saw this lil elusive minx pop up on the old school top 100, back when the mics used to mean something, 95 was meant you were the shit, now a 99 is like the least you get. Mad props to BlacknYellow for sending me this sticky banger. Anyway, this is fucking amazing and the best hoppy offering to come out of the midwest in a long time. Sorry Head Hunter. This is vastly superior. This one is for you Sendsilk, stop complaining and let’s get up in that Bodhi. 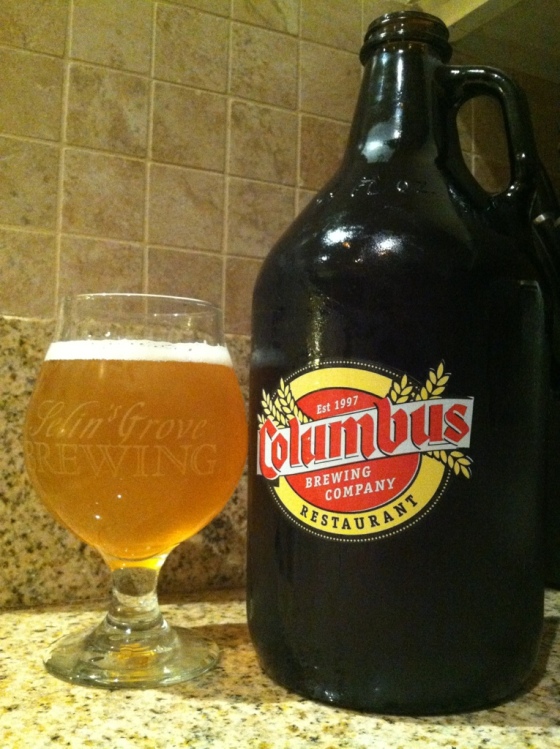 S: This has a fantastic floral meets citrus boquet that doesn’t dominate on either profile. At first it is a bit aserose and you have sad feels, but then that grapefruit comes through like pith on the backend lightening up the bitter Coen Brothers hop profile with a bit of Raising Hopizona. Jamean.

T: Again, the pine needles are swept gently into a corner with some smashed lemon and yard trimmings in a beautiful medley that is distinctively grassy, resinous, but bright enough to maintain that complexity. It is the halfway house between shitty east coast malt bombs and simplistic refreshing west coast citrus profiles. The ABV is masked impeccably, you wouldn’t even know there were bricks stuffed up in the spare moving mad weight up in this whip. Pine cones soaked in grapefruit puree, bottled with unfiltered sunlight. Straight ratchet and worth the hype.

People who dont trade will be all rustled and talk about how their local IPA is the best, lol, rite.

M: This is exceedingly thin and all the better as a result. In racing they say “if you want to make your car do everything better, reduce the weight” and that is essentially what is going on here. This is a stripped down malty 240z with a fucking 350 of hops dropped into the chassis. I am not sure if this amount of resin to citrus ratio is street legal, but it def gives southeast asian kids erections. It washes away clean with an almost dry finish due to the oily bitterness that leave you with little recourse besides getting face down in it for another taste.

D: I killed this entire growler on a weeknight and wondered just what the fuck happened the next morning. My Roomba looked on in cold disapproval and swept up all the smashed goldfish from the entryway. This will get you on that Mossberg swerve to the point where, who knows, maybe you might get banned from a local establishment and/or beer website. Anything is possible with this minx. Highly recommended Boneyard/Alpine level shit. Seek this one out, srs.

It is like they took a classic formula and amped it up with speed, cornering and mid 90’s extreme intensity

Narrative: Dwayne Clark knew that his grill was illfitting and he didn’t care to address the issue. The lack of balance was his calling and the street youth loved him for it. In urban circles this was an issue of ultimate reproach and he instead chose to clench his bicuspids defiantly. “What type of cheesy gordita crunch would you like?” “mhm.” He just felt the pang of knowing that his vestigial dental accessory was somehow subpar to the most luxurious on the block, but ornate and amazing in execution. “I shed, jush a regular scheesy gordita, crunsh.” He gritted his jaw knowing they were mocking his ostentatious purchase, the precious stones obfuscating his speech. It was sheer excess, to be sure. WHAT WAS HE SUPPOSED TO DO? TAKE IT OUT? That is simply not an option when you come so close to regal greatness. No sir, he resolved to show this grill in all of its majesty, despite the “minor” problems that he may encounter on a day to day basis. Dwayne would tend the danky vines in his grandmother’s basement and wait for the day that Interscope saw the true genius behind his radiant flows.

I always scratch my chin and look with supreme circumspect glances when someone outside of California tells me about their awesome Double IPA. It’s like someone at a bar who hypes up how hot the girls are that are not at the club you currently are at, yet under it all you know deep inside that it might be true, inside (HIGH SCORE MOST PREPOSITIONS IN A SINGLE SENTENCE.) So I heard about this Double IPA from Terrapin, a brewery that I have a special fondness for anyway. From their marketing to their rad product, I am on board with their intents. Some say that they made REM form, I like to believe that, hailing from Athens, Georgia, they made REM break up. EITHER WAY IS AWESOME. 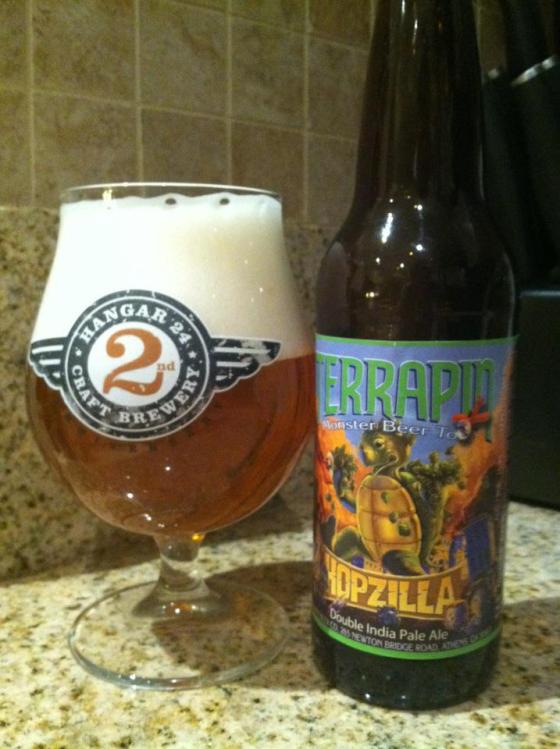 Japanese people hold a special reverence and respect for this beer, despite having never heard of it and having no access to it.

Alright so we have a burly, almost 11% abv DIPA on our hands here, look out, complete hard ass coming through. The appearance is awesome, and not just for the style FOR ANYTHING. It has a purely brass radiance that you can see through with a perfectly luminous sheen to it. The carbonation is almost annoying, but bubbly to a fault, like an insecure recent divorcee, but you understand the intent and forgive it. The smell is interesting because at first it hits that tropical o spot (olfactory) but then the heat warms it and it gets onto this honey meets pinecone jam sesh that I am less stoked on. The stoke levels remain noteworthy throughout. 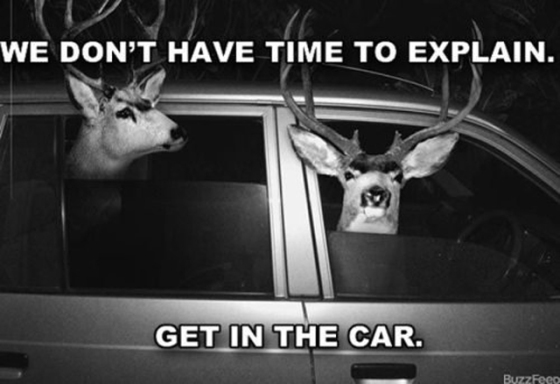 An incredibly hoppy beer from Georgia, no time to explain.

The taste is downright neighborly and it feels like a local kid just raked your leaves and Old Man Clemson just baked one of his famous wheatgrass pies. The block is bustling with honey and springtime and also there is a drug dealer pumping 10.8% abv to the kids RIGHT UNDER YOUR NOSE. Seriously, check your kids room, there’s some ABV snuck in here and Trojan babies will be thrown from the windows when the sacking is complete. I guess you can read that as a larger USC reference, but no one going to that school would have their hands on this, which is a blessing to all. 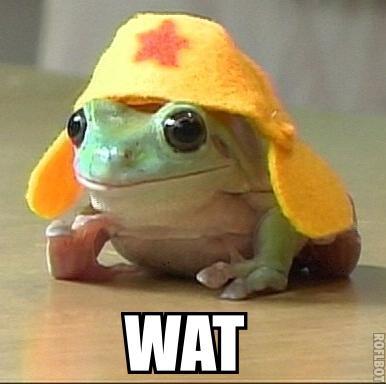 And now there is a pinecone in your mouth. Wat.

The mouthfeel has this deeply herbal stickiness like clearing super bubonic cashed g13, in common parlance. I have no notes to improve because it is basically doing its own thing, like that crazy dude weaking British Knights and dancing at 7/8ths time in the club, it’s like, he’s original and still good at doing…that…so you just don’t harsh his mellow. I would seek this out again, but more likely cross my fingers and hope for it as an extra in a box.

Ran out of time, i will jazz this post up later, for the haters, so no narrative today.

Here’s an adorable pic to tithe you over: 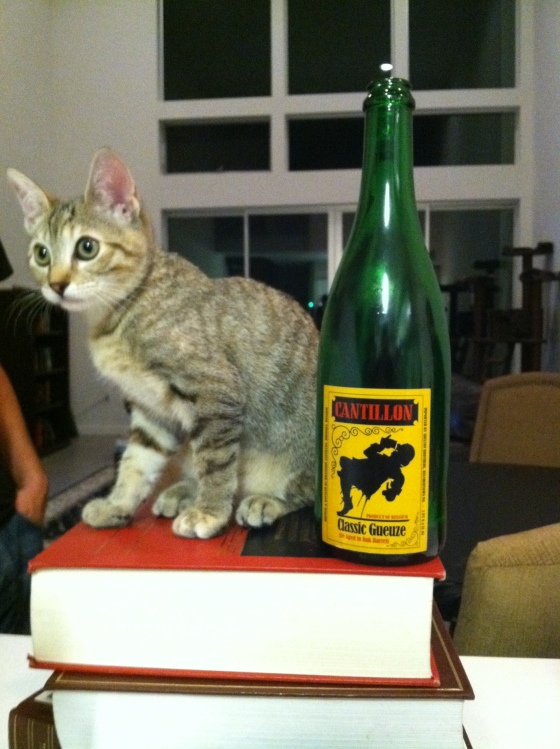