Ah those old 13,000 bottle release shelfwales, they have entered our fair community with panache and aplomb that would make even Balzac blush. This has been a noticeable oversight for quite some time and beer nerds have often asked me why this beer of all the variants was so scornfully cast out of the house like a coffee drinking Latter Day Saint. The simple answer is: this is the worst of the BCBS variants. Now it is still BCBS at heart so that is like saying that the Gallardo is the shittiest lambo; it will still get you some lackluster handjobs. Let’s look at what kinda beans this beer is grinding in today’s review:

Oh shit, the elusive non-standard toaster shot. This is like the BCBVS rookie card up in this mix.

A: Get ready for some serious Hitchcock twist to this review: IT LOOKS EXACTLY LIKE BCBS. There are no raw pieces of vanilla or flecks of artisnal beans up in this medium. It is just deep dark murky blackness with minimal lacing, light sheeting and carbonation that phones it in harder than the Miami Dolphins. Not a particularly beautiful beer but, whatever, I AM JUST LOOKING TO LAND A BOOS WITH THIS ALRIGHT.

I feel bad for anyone who drops crazy bottles on this in a trade, you know that feel.

S: This is overridingly sweet, not in that Bruery White Chocolate fashion where you give it a playful shove, like so sweet that you ask it to pull over so you can get out. This has the roast and charming marshmallow meets oak profile with coy little chocolate peeking downstairs at mama bourbon wrapping presents, then holy fuck, Papa Vanilla comes home and starts making declarative statements about how he pays that bills and no one respects him. This is just sweet sticky vanilla extract overload that ends up coming across less like an Oreo/Coffee/Chocolate treat, and more like the lipsmackers lip balm from all those chicks you weren’t making out with in 9th grade.

T: This starts out pretty awesome as BCBS is wont to do, then vanilla jumps with its sweet cloying claws like the T1000 getting dragged behind what would have been a pleasant stout journey to Skynet. There’s a chocolate and coffee presence and vanilla adds this Torani syrup quality like drinks from Starbucks that prevents everyone from getting laid, just beanblocking. This beer seriously makes me just want a regular old BCBS and to leave this sticky sweet interloper out of things, a boy can dream. 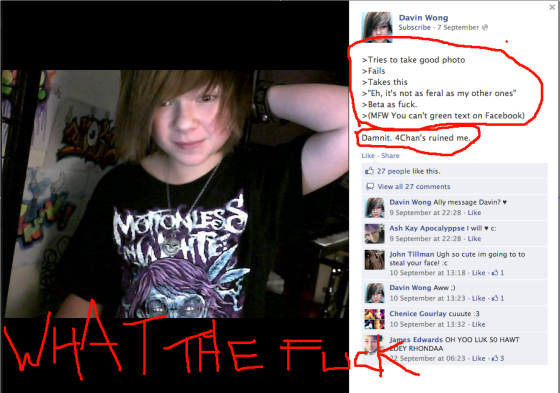 This beer tries too hard and ends up coming out as a lesser product as a result. JUST BE YOURSELF BCBS, WE LIKE YOU FOR YOU.

M: This has a generous coating and leaves a deep lingering roast, char, sweet milk chocolate and guess who is riding shotgunning, fucking Vanilla, messing with the radio controls making you listen to Static X and other shit you don’t need or want. I am not saying this is worlds worse than even ::gasp:: BRAMBLE, but what I am saying is that, it would have been better if what makes it so desired was left out. No one is pining after megan Fox because she has toe thumbs, its just something you put up with for the rest of the package.

D: This is less drinkable than every other variant and as it warmed I wish I shared this with someone. Again, this is not a bad beer, it is still BCBS at heart, but you just wish it would cool it with the Baskin Robbins sticky sweet overload. The vanilla is distracting and the types of things that this beer is commanding at this point is downright confusing to me, but then again, toottoot shelfwalez only get more rarerer and not less rare, no walez on the train, mixed metaphor leaving the station. vrroooooom.

Disagree with the midwest cadre about one of their crown jewels? Fuck the police.

Narrative: “Ok here he comes, he’s walking up the drivewa- oh no, his cousin Nigel Beansington is with him, everyone get down get ready to yell surprise!” All of Mark’s friends hid in his small one bedroom apartment and could smell Nigel’s sickeningly sweet DKNY APPLE cologne as he entered the room. “AND SO I TOLD THEM IT WOULD BE OBVIOUS TO YOU THAT THEY WERE PLANNING A SURPRISE PART-” “SURPRISE!” the crowd groaned in unison. Nigel had ruined things again. He was sweet enough and it was hard to fault his blissful ignorance but he just always ended up in places that he did not belong. “Ya see? Told ya, surprise party, obvious right?” Nigel quipped and pushed a finger into the uncut birthday cake and ate a dab of frosting. “EWW BUTTERSCOTCH frosting, what is this a COSTCO, oh KIRKLAND, ya KIRKLAND means Costco cake.” The party universally exhaled and reflected how this overpowering asshole ruined what would have been an incredible affair.