It is a shame that Side Project never made a Mange Du Fermier, because when I saw pizza boy was dropping a mango sour I knew exactly what I was in for. The prior Funker releases were muddy trubtastic yeast cake bombs priced at $30 each. People lost their EBT-tier minds and these poverty tier PA consumers took to social media to complain from dusty old Compaq crt desktops. Complaining to breweries on social media always yields high dividends.

The whole affair was an awesome spectacle and I am sure Three Floyds was in Indiana polishing its monocle laughing at selling Bully Guppy for $30 without a titter. 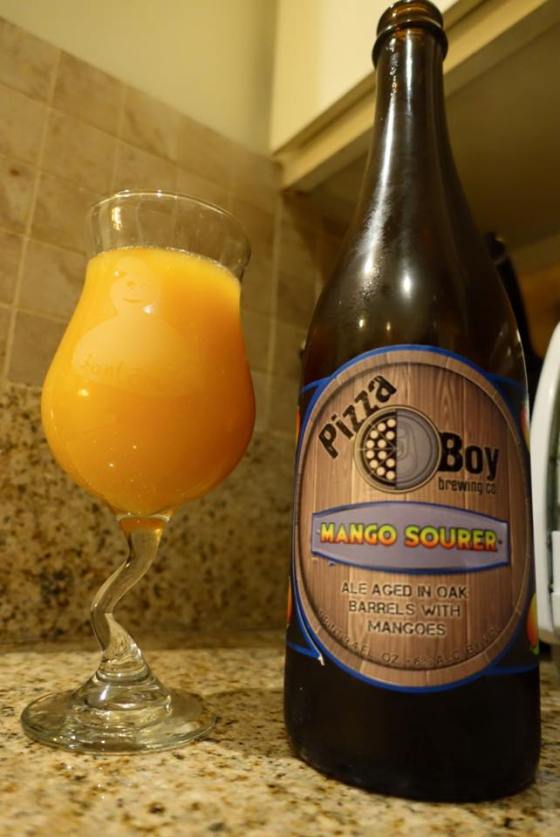 No filters or any modification was done to this photo. That is srs how the beer looks.

So then this mango beer drops…priced at $25 [EDITED: post previously erroneously noted that the price was $30]. Right when I took it out of the box I looked through the brown glass and saw those lava lamp contents spurting around in graceful chunks. I knew shit was about to be Odwalla as FUQQQ.

The entirety of this review could probably be summed up with two photos. Seriously look at this beer and take it in, visually consume its majesty. I poured this for my buddy who owns a crossfit gym and is ultra paleo and the discussion went like this
“You said we were having beer”
“We are”
“That looks like a Robeks blender”
“It has a lot of fruit in it”
“If the beer is so good why does it need so much fruit. It looks literally like Naked juice you buy at the grocery store”
“I don’t know, it’s a mango sour, just drink it”
“So as a brewery you can basically just sell puréed fruit”
“Just stfu already”

All visual jokes aside, the nose on it is admittedly incredible though. It is pithy whipped mango, merengue, tangerine, intense fruit tannins, so much clementine flesh, and endless citrus. It smells literally like a Jamba Juice smoothie. 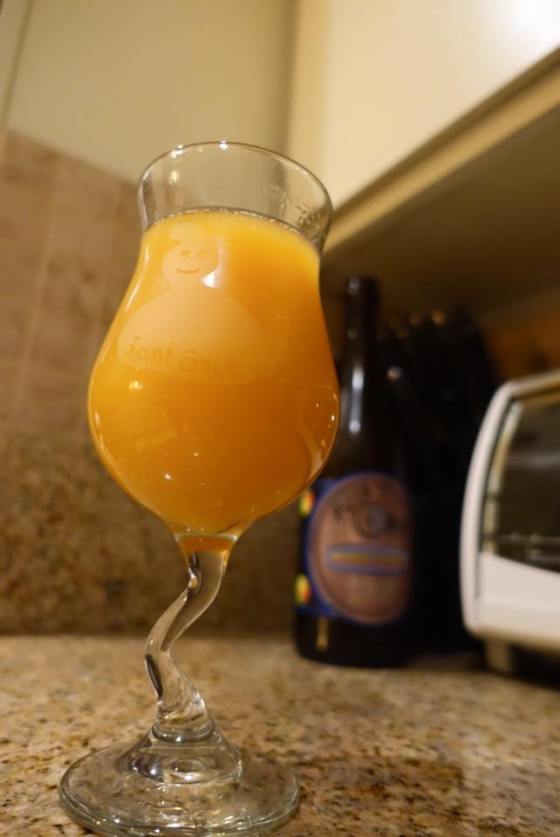 The Produce Ark of the Covenant, don’t look directly at the mangos

The taste carries this though entirely, it is basically fruity to the shandy threshold and the base beer could be literally anything. The mouthfeel is thick and pulpy, the taste is acidic and there is zero alcohol presence. It reminds me of a Bellini or hangover brunch mimosa you give to an absentee mother.

I dont know how to evaluate this within the threshold of beers and fermentation culture because the whole affair is masked by dripping tropical harvest. It is delicious in the way that apricot juice is delicious. The brewer doesn’t really have a meaningful interplay since nature’s bounty makes the cup runneth over.

Today we have an aging matriarch from the days of the Speedway Jim top 100 white whale list aka them extinct speedwales. If you are a johnny come lately to the beer game who covets King Henry and thinks that Sr-71 should trade on par with Zomer, chances are you have no fucking idea what this is. To those people, Bottleworks is that one store that sometimes sells Deviation, and that’s it. To everyone else Bottleworks is the proto-City Beer model of classic bottle shop meets beer culture hub from the old tymie days. This is the tenth anniversary bottle brewed by New Belgium, 1400 bottle one off released in 2009.

It might even pull a single bottle of Vanilla Rye if you are lucky.

For some reason Hair of the Dog also posted up hard in the trap and brewed Matt for Bottleworks X that year, so this old gem is often forgotten under the sands of ticker time. This bottle represents something larger for New Belgium as a ubiquitous ultra micro giant, the end of a non-pasteurized, brewery only fun times era. Now you usually hear about them when your drunk stepdad tells you about how he loves “Fat Tire Brewing Company” and you nod in sad reflection, thinking of Caged and corked la folies past.

The pour immediately looks more beautiful than both Twisted Spoke and 2009 cage and corked la Folie. You can hardly pull your penis out on the metro without someone mentioning those two beers next to this one. The pour is a ruddy burnt orange and light amber that radiates like a turbid blood orange cocktail, with the carb still billowing flawlessly with determined cling. It isn’t that dark auspicious deep mahogany of its contemporaries and it looks great.

Oppressive Portland sun ruining everything for all the white people in that city.

The nose thankfully doesn’t exhibit any of the acetic red wine vinegar aspects of the 09 la folie and instead has tangerine zest, Brie cheese rind, clementines, sliced honeydew, oak and pencil shavings, a touch of light construction paper oxidation and a red berry closer that lingers. The whole affair puckers the bunghole air tight and there is no seepage, no weeping. For all the things that time could have denatured, it has unquestionably improved this beer to a level without contemporary analogue. There’s a degree of musk and earthiness that only time can accomplish, despite what some kettle souring Colorado charlatan may tell you.

The taste is a touch more acidic than the nose suggests but the creamy mouthfeel with ultra fine jacuzzi bubbles offsets the acrimonious effect. It pushes a raspberry and grapefruit pith, there’s a bit of vanilla and Chardonnay staves, white grape that is equally moscato sweet and tart like rainier cherries. The whole experience is a many faced God and a ticker never forgets. 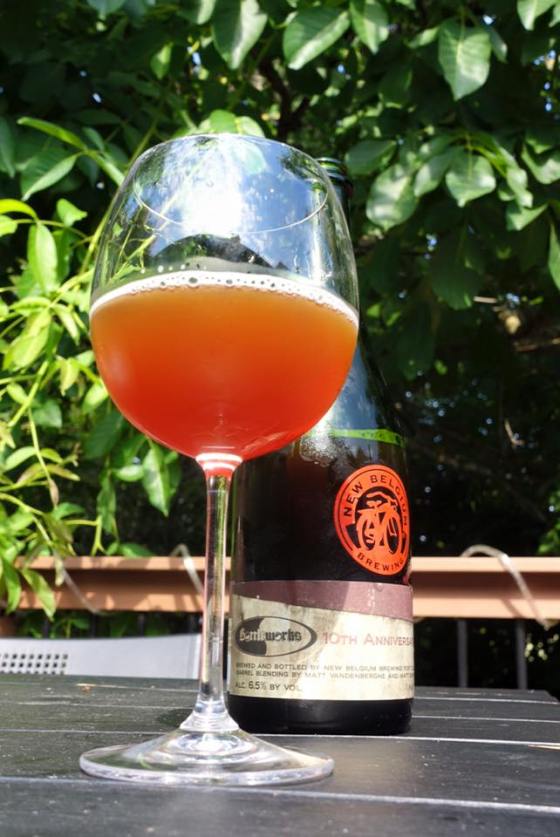 I feel like the aging grampa in the 80’s complaining “they don’t make ’em like this no more” and referencing the non pasteurized, aged, meticulous Detroit steel beers from the past. This is truly a magnificent, highly drinkable gem that stands in stark contrast to so many of the ultra acidic offerings clouding today’s lacto and ultra Brett L focused market.

Yet another entry in the ever expanding journal of “this near extinct beer is great, seek it out” annals. DDB is a useless resource, I need to switch to 140 char UNTAPPD reviews for the millennials with short, heavily-medicated attention spans. SOMEDAY

Whale week chugs along with another gem from years past that we consistently see people offering trifling recent releases trying to land, the inimitable DDGeezy. I will say this is one of, if not the absolute best American Wild Ale that I have ever had. I want to white Nike and bamboo up this boo, introduce it to G4 pilots on a first name basis, you know, nice shit. Well let’s see if we can taste the duck adjunct in this gooze:

You might not recognize this beer when given a real pour and not a janky 2oz splash, use your imagination.

A: Get out your stunner shades, this beer is radioactive bright with radiance highlighter yellow hues blasting in your corneas. There is a slight wheat base that is murky but supports an eggshell wispy head that crackles away like an acid phantom with not a single fuck to give. This is beautiful and strikes like the Care Bear stare straight in your pupils.

This is an old beer that has always been a bitch to wrangle. Oh well, raters gonna rate.

S: Get your hazmat suit, this initially lets you know that the lemon zest is here to burn down your nostrils in effigy and the ripe granny smith apple tones are not unlike Jolly Ranchers. There’s obviously an oaky dryness with deep white grape and lightly used running sock muskiness. The duck notes come through strong in the funk and Scrooge McDuck remains adjusting his vestigial spectacles.

T: Get your Sensodyne toothpaste, your teeth will hurt after this citron bomb goes off. This isn’t incredibly complex due to the hot acid slugs being popped off from the P90, but it is too damn balanced not to love. You get tart apricot, lemon, sweet ruby red grapefruit, and tiny unripe apples picked before their time. The funk has a nice wheat backing to it to suture the open wounds the acids just created. 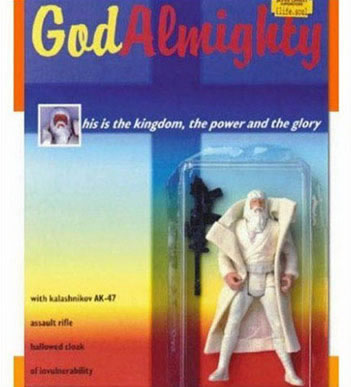 To most beer nerds, this is the God of all American Wild Ales. I can’t help but pay homage accordingly.

M: This is incredibly dry and makes Chardonnays look like a gatorade by contrast. The oak works with the funk and bugs to give you that pale white tongue with cankersores inevitably following. That being said, it is amazing to sip and taste the liquid roll over each zone as it imparts sweet and sour in the same breath. It is thin but carries a ton like a fireant, stinging all the way back.

D: This is astringent, tart, raw, and uncut but it is still fun to take shit to the danger zone and come back for more after each drink. I would be a bholdface liar if I said I didn’t crave this gem from time to time but, given the fact that the new batch wont be out until Summer 2013 at the earliest, the desire pangs are substantial. Worth the hype, worth pushing the envelope to lock down.

WHAT I IF TOLD YOU, you should seek out this rare sour gem? Go forth, and get your cellar raped.

Narrative: Derby Duck wasn’t your average Merganser duck. To begin with, his birth was a melange of cloacas between his mother and a 1 year old 2 year old and 3 year old father ducks. He was subsequently abandoned after he hatched. The other hatchlings couldn’t stand to be near him on account that he would sweat Propionic acid through his ducts. The trail in the Woodson Pond glowed irradiated with his acidic droppings. Even top tier predators would not harass Derby, believing that he must contain predator blood. The only other companion that he would muster was a bullfrog, Tungtung, born with gustatory problems. The two of them would take their bitter souls and ruminate about other animals lack of taste and make themselves elusive in the animal world. Tungtung had no tastebuds and chewed anise roots regularly shrugging off the rest of the disapproving world. Derby’s moment to shine came one fateful day when one of his duckling brothers was snatched by a rogue fox hiding in the whippoorwills. Derby fired a scorching hot stream of ph1 discharge right into the fox’s nostrils, severely burning his nasal ducts and freeing his unappreciative sibling. Life wasn’t easy being a sour motherducker.