Man I really was torn whether to do a write up of this incredible Flanders Red or write a piece shitting on the profiteers who are currently arguing that their bottles of Huna are worth $50 each due to the $200 ticket.  Cooler stretch marks prevailed and you get this instead of a tired rift on the same hairy backs.  So what do we have today? Sante Adairius, not content with dominating several categories in the farmhouse world has now cast those Omega Red tendrils into the Flanders region.  If you were invited to their Cellar Society, you got a single bottle and the option to buy a second bottle of this. No public sale.  Fret not, you can argue that your $50 Huna costs over twice as much, dont even trip.

Let’s see how this stacks up to the Cherry Oude Tarts and Alexanders of the world in today’s review. 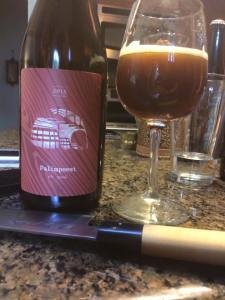 I added some cutlery so no one gets confused and thinks they are at THEBEERHEADS instead of old DDB.

Let’s get this commercial full release on the sheets so we can continue with a level head:
Palimpsest is our interpretation of the classic Flanders style ales, lovingly dubbed the “Burgundies of Belgium.” Like its ancestral counterparts, Palimpsest matured in oak barrels, while time, simple and elegant, burnished Palimpsest to reveal a bright and bracing acidity. As its numerous layers are exposed, traditional characteristics including dark cherries, leathery parchment, and earthy bark round the palate. With excitement, we offer Palimpsest as a harbinger of great things to come in 2015. Sante!

A:   This is admittedly not the most beautiful flanders you have ever seen.  It has a ruddy brown and light brick and amber hues at the edges.  FUCK WHY DIDNT THEY COLD CRASH AND ADD GELATIN AND IRISH MOSS AND THEN CHERRY JUICE AND RED 5 LIKE ALL MY OTHER FAVORITES.  It looks pretty similar to oude tart and has a clean slickness on the glass and leaves spotty lacing, like when your homie be drooing on himself in the passenger seat after you drove 13 hours to that SICK SR71 release. Worth it. 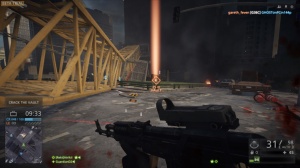 Honestly I can review whateverthefuck right now and all my CPAP readers will just be fantasizing about running outside in this hot new simulator.

S:  I braced myself for the typical acetic onslaught that makes me eschew Flanders Reds, but like a Mormon camp counselor, it never came. Instead you get a lovely waft of cherry blossom, raspberry, a sory of jammy preserve and fuji apple finish.  There is a mild touch of red wine vinegar aspects at higher temps, but for the style, I knew that minx was gonna pop its head up eventually. 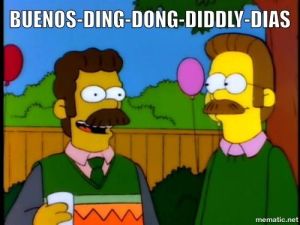 At least they didn’t go this route, holy shit those cliche puns are more tired than HOP portmanteaus.

T:  This is exceedingly dry even when it hits the sweet zones it starts clearing ground like a Terran Firebat.  It never becomes excessively sour or allows itself to get of pocket with the acidity along the gumline.  There’s a lovely creamy maraschino cherry and shirley temple sweetness on the middle palate and an entire cort of oak spilled down your back palate on the swallow.  NOT THE FIRST TIME YOUVE SWALLOWED THAT MUCH WOO- alright.  It is very pleasant despite my picayunes, they all essential arise as a result of the style itself and they could have easily put cherries in a sour blonde to get shitsacks to fall in love, pulling the tarp away like TADAA LOOK AT THE NEW FLANDERS RED.  But they didnt, and I love them more for it.  It’s like when coach makes you like run laps in front of his bicycle, making you put in those extra reps so that you can get to like the State finals or something. Full disclosure, I am not entiretly sure what coaches do exactly.

M:  The acidity is dry as noted above, BUUUUUT i will note that this has a heavenly frothiness and creaminess to the mouthfeel like if they made Cherry Nestle Quik.  It is truly tasty stuff and good luck finding a comparable barrel aged Flanders Red, just drink pasteurized La Folie and use your imagination extra hard or something. 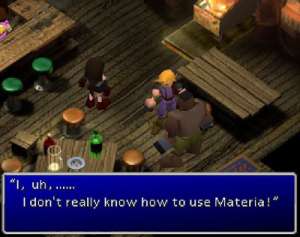 FLANDERS RED GOD TIER MOVE. Ask all these #newmoney ballers about Alexander and they be like

O:  Is this better than Cherry Oude Tart? Sure.  Is it better than the goliath Alexander? No, but it falls somewhere above Caracterie Rouge and below those waley C&C La Folies.  Obviously you should seek this out as it is within the pinnacle of the genre, but in all honesty, unless you are completely apeshit for the style, just trade for Cherry Oude Tart and hang up your spurs.  I can only assume this will be tough to land and if you split this 12 ways after 12 other bottles, youll probably be like “FUKN DDB AND ALL HIS RECOMMEN I AM…I NEED TO SIT DOWN…HEY DID ANYONE LOSE A NUVA RING?”