Holy god who do we blame for this grenadine laden astringent pile of dookie? On paper this seems almost impossible to fuck up: perennial take Maman and add Maraschino purée, or just otter pops into KDS. Boom you’re done. There must have been some epoxy huffing intern who was like “hey what if we make a wafer thin oatmeal stout, hit that coveted “questionably infected” realm that we attained with Maman 2016, and then add smashed Sucrets? How about that.” God where to begin. Thankfully the nose is free from the port and iced cider on the taste and it hovers in the realm of “more disappointing 2017 Parabola.” The swallow is as punishing as Silver Surfer for NES. It’s so sharp and astringent, it causes immediate recoil like an SKS with tart gum buckling “Cherry” that is akin to Charles Shaw and Barq’s root beer. I made it 6 ounces and I deserve a Cicerone platinum trophy 🏆 for making it that far. The drag is long and punishing like prunes and beet juice mixed with chocolate milk. Really thin choc milk made with skim and cut with water like powdered milk made at a Mormon summer camp. Usually I blindly love Fremont’s Barrel program but this has almost zero redeeming qualities, and like a racist Bumble date, it gets worse as it opens up. It’s a hard pass from me for a litany of cherry driven failures. If you have a beer scavenger hunt that reads “drink red sharpies” then sure have at it.

I gave up Supreme Cliente, a god tier wild ale that is legitimately phenomenal, for this. You’d be hard pressed to set up a shittier, more disparate trade.. 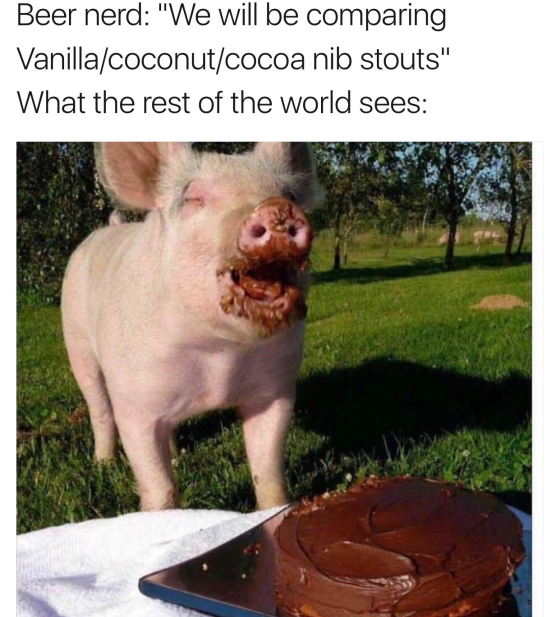