Harvard MBA and JD holder, Jim Koch, bestowed his royal presence upon Boston watering hole, ROW 34, last October evening and his presence was announced with a multitude of coronets melodies rhapsodical and fair, and much fealty was paid, the kissing of rings and gripping of the imperial purple robe, UNTIL EVERYTHING WENT HORRIBLY WRONG: they were not serving the regal beverage crafted by the Craft Beer Highness himself.

Here is a summary of the full story here, as told by Boston Magazine:
http://www.bostonmagazine.com/restaurants/article/2015/01/05/jim-koch-sam-adams-beer/

In short, Row 34, like so many reputable craft beer bars outright noted that they had no interest serving Sam Adams Boston Lager or any of the 87 seasonal offerings which constituted their annual offerings numbering 1,342 discrete beers.  “Yeah, no shit, this is news to literally no one except Jim Koch.”  Well apparently the beverage magnate allowed his monocle to fall squarely into the lap of a hipster patron and brusque not unlike an 18th century barrister and demanded to inspect these SO CALLED alleged craft beer kegs within their ice house of iniquity.  WHAT HE FOUND SHOCKED EVEN HIM: actually good beer that people give a fuck about and enjoy drinking. 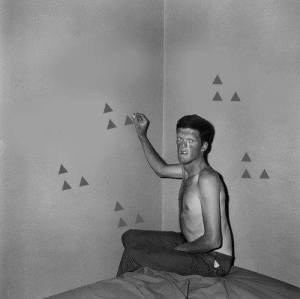 It is 2015 and some breweries still cant even triforce

So Jim Koch goes rifling around the kegs warbling something about “freshness” and “Michael Jackson lacing” muttering “Charlie Papazian inverted carbonation” which mystified Lord Hobo owner, Daniel Lanigan.  With the outrage presented, you would think Row 34 was serving vintage Pipeworks Kegs or White Birch verticals, when in fact their taplist leaves little to be desired:

I met Daniel Lanigan once, it was at an invite only Cantillon dinner hosted by Jean Van Roy, I can readily assure you, the number of fucks given about Sam Adams at that event was well in the sub-plural range. 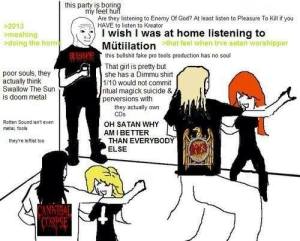 You wont fit in everywhere you go, feels ensue

The whole exchange underscores a point that presents an ever-increasing divide between the old guard of Sierra Nevada/New Belgium coveting cicerones from the late 1990’s and the palate of these godforsaken insatiable millennials.  While sipping Roggenbiers and English Dark Milds used to hold some luster for people sitting in garages during the Clinton administration, options and tastes have evolved beyond the days of 56k modems and Quake Arena matches.

Those same dipshits who still drink scintillating offerings such as:

are not the same consumers whom Row 34 currently seeks to engender.  This is the case for many people new to craft beer.  While grocery store “mixer sixer” ballers have their place and demographic, it would be tantamount to busting into a Michael Mena restaurant and demanding to know why there is no fried Pepsi or funnel cakes on the menu. Fear not though, there are innumerable Facebook groups of “[ADJECTIVE] BEER LOVERS” who still drink 1000+ mediocre irrelevant offerings with pride every year, post unviewed Youtube videos for nonexistent audiences, and people who still embrace Beer Advocate as a valuable resource to keep Boston Beer Company a viable concern for the ongoing future.

In sum, the story resounds like an aging Whitesnake fan bursting in on a Mars Volta concert fraught with concern for what THESE KIDS ENJOY THESE DAYS? SAISONS? WHAT EVEN IN THE HOW NOW, IN A BARREL?!  If you go to a craft beer bar and see a dude in Oakleys with a Tommy Bahama shirt and a Nextel cell phone clipped to his cargo shorts, you just found your Sam Adams consumer base, unshakeable and fully ready to extol the virtues of Ranger IPA at length, muttering “RESPECT BEER” and blanket “DRINK LOCAL” statements with careless abandon.

This site isn’t for those beer drinkers any more than Lord Hobo exists to pander to that demographic, and we wouldn’t have it any other way.

There’s nothing wrong with appealing to a totally different audience

EDITORS NOTE:  This took place last October not Saturday as previously reported, and it occurred at Row 34. Like you gave a shit anyway.

13 thoughts on “BREAKING NEWS: Jim Koch talks shit on emerging breweries, gets the Heisman by a Hobo Lord”