So the Bruery announced today that their imperial porter collaboration with 3 Floyd’s might be infected, and basements shook with rage as sausage fingers pounded on their COMPAQ keyboards.

Some would call this entitlement, people being pissed about not getting their money’s worth out of a $300 – $700 club, and that’s fine, but you also joined a $700 club for beer, so I am pretty sure you lost your 14th amendment privileges at that point.

Others might think that this boils down to some crazy profiteering, from a brewery openly acknowledging flaws with their product…and warning their customers…before it is released for sale. I can’t really address that without colorful pie charts and clips from Yo Gabba Gabba, so I will move on.

I like the fact that, were this released the other way around, 3 floyds would have tossed it into their generic 750mls, hand numbered it, charged $50, used a lottery system, then later not used any lottery system and just sold it at the brewpub, and then ignored patron’s complaints after the fact when it was discovered that they sold a clearly infected beer at a huge markup.

oh and Indiana traders would ask for V012, etc.

Thank God we avoided that result.

I guess you could try and have a field day complaining about QC, but the Bruery was upfront about it, like a classy escort that lets you know she has HSVII but she is not currently shedding. And like a classy escort, knocks a few bucks off the fees.

If you don’t feel like doming a 15% porter within a couple of months, maybe you are a raging pussy? Maybe let the real drinkers pass through while you as picking up scattered Midols all over the ground. 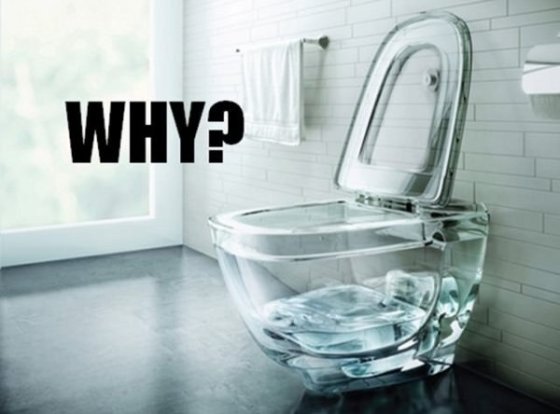 sometimes i ask, “WHY WOULD I WANT TO SEE THIS SHIT?”

I think we can all agree: yes it is shitty that the porters became infected. Here are a few solutions used by other breweries:

2) “Don’t tell them, maybe they wont know, we cant be responsible for beer held over time” this is the usual whipping post for smaller breweries that have zero fucks to spare. Dark Horse rocks this shit all the time, changes a label a bit here and calls it a day. SOUR OLD ALE YOU SAY? SIGN ME UP.

3) “We are gonna sell this beer, if people don’t like it, allow them to potentially abuse our marketing department and do a full refund across the board.” This is classy as fuck, but not really realistic. Bruery did this for Cacaonut and the other beers and people not only rocked full refunds, but then still bitched about how they could spend their refunds for beers they may have enjoyed or traded away. CCB pulled this white knight move for Huna day and you can basically do anything short of lighting pug puppies on fire as long as you have an apology like this. Noble, but expensive as fuck.

4) “OUR BEERS ARE NOT INFECTED, that BA Stout is supposed to taste like merlot and have a 5 finger head.” This is a classic move from the smallest of breweries, it essentially shifts the onus onto the customer for buying them in the first place. I love this one the most. YOU DONT LIKE THAT FUNKY BUDDHA BOTTLE WELL MAYBE BEERS ARENT MEANT TO BE DRANK OVER 5 WEEKS AFTER RELEASE? Basically shaming people for not drinking things immediately is dope as fuck. A certain East County San Diego brewery might be implicated in this cadre as well.

5) “This is potentially infected, sorry in advance, no refunds but at least we are dealing it straight.” I remember this going down with Hellshire II and we had the same bowlegged sore nutsacks complaining. I prefer this approach the most: you wanna spin the black circle? God ahead, we warned you.

you could complain about shit, or you can look at this pic of baby otters. choice is yours.

So is a brewery to do? For every million they make, more complaints ensue. I guess the underlying moral is that complaints from husky beer nerds are kinda like hearing sobbing from attendees at the Farscape/Babylon 5 convention: literally no one gives a fuck about them. This is the razor edge of 1 percenters in a hobby predicated on consumables. Until there is craft ice, this is the absolute nadir of hobbies and I will continue to treat them as such.

9 thoughts on “LOL at the butthurt regarding Bruery’s full disclosure about these infected porters.”