As a United States citizen, it sickens me to see these American breweries attempting to capitalize on Belgian traditions with their bastardized takes on Belgian beers. American beers cannot, and will never be, lambic. Lambics are brewed in Belgium, specifically only within the Senne Valley. Any American brewery attempting to denature hundreds of years of culture by perpetuating the brewing style is nothing but complete disrespect and contrary to the hypothetical interests of generations past. 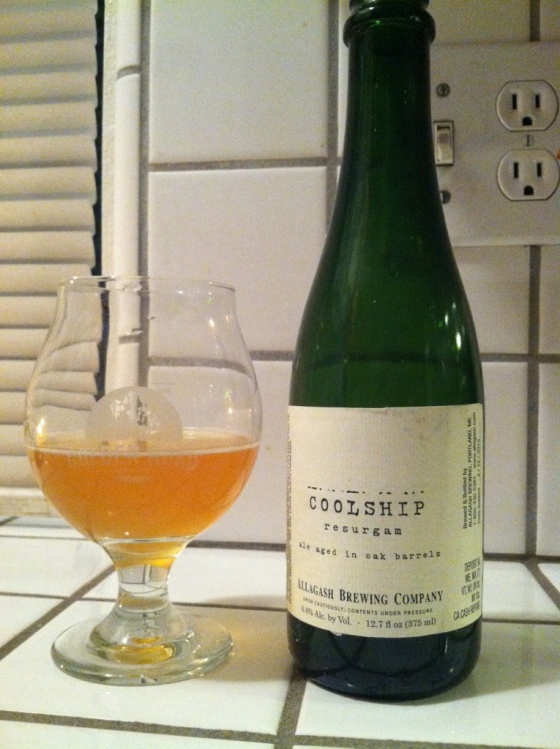 It is equally disrespectful for these ignoble North Americans to use the word “lambic style” on their labels. As though noting that a certain influence could somehow wash their hands of the clear impurity, they continue these actions with impunity. At the very least someone might stumble across the infinitely flawed Resurgam or Duck Duck Gooze and then somehow be made aware that lambic and gueuze exists. The problem here is that they will be done a complete disservice if they taste a 100/100 rated wild ale and then think that AMERICA somehow had anything to do with the brewing of that beer. IT IS NOT LAMBIC. Furthermore, the use of the term “sour” on the labels is a complete slap in the face of Belgian brewers who had been crafting sour beers for generations. The employment of any adjectives that notes a tart flavor profile should be looked at as highly circumspect as it clearly sets the brewing culture back hundreds of years to have them appropriating English descriptors pell mell. It should be about tradition.

Lambic is about honoring timeworn nostalgia and mouthwatering practices.

Further, Belgian breweries need to focus not on only the Senne Valley, they need to remember the meteorological implications of that valley. The lambic tradition isn’t about the valley itself, but instead the lower cloud strata that distributes the wild microculture. A brewery merely cooling their wort in this valley doesn’t automatically guarantee it is authentic, let’s implement some standards here, for tradition sake. It seems in comport with the generations of lambic brewers that petri dish cultures be taken and analyzed under an electron microscope to ensure that the cell jackets and bacteria fall under a certified Belgian sheath. I can hardly imagine that the generations of Belgian brewers from the Reformation through the Gilded age would approve of calling a beer lambic without microbiobial verification. It is in comport with their wishes.

American breweries have been brewing “WILD ALES” for less than 50 years, who gives a shit about their flawed procedures?

Another point of contention is how American brewers are freely identifying the fermented malt beverages that they are crafting as “BEER” just in front of god and everyone. I can hardly imagine that Sumerian brew masters would condone the use of the term based upon the bastardizing conditions in modern brewing. It is a complete violation of Ninkasi, the brewing goddess, and the wishes of the fertile crescent to just go around fermenting any old grain and calling it beer. American brewers have some serious balls setting forth these items in the stream of commerce without honoring traditional cuneiform pressings in clay tablets or a single sacrifice to Innana or Utu, it’s like, who the fuck do you even think you are?

Knowing time-honored Belgian brewing traditions is half the battle.

I think I am qualified to speak for all generations past and historical cultures from a variety of regions when I say that American brewers need to stop their practices immediately. If I may continue to free-associate the desires of past generations: IT IS NOT WHAT THEY WOULD HAVE WANTED. I don’t care if you are crafting world class beverages according to the MODERN palate, it taints the commercial interests so coveted by past generations. I think we can all agree that American breweries have contributed next to nothing to furthering Beer Culture with their paltry facepalm worthy offerings. So the next time you sit down to enjoy a Timmerman’s Strawberry Lambic to taste that authentic sweet nectar, take a moment to think of all those North American ingrates subverting the proud heritage of lambic.

6 thoughts on “Americans DO NOT brew Lambic, Most Belgians Do Not Either. Almost No One Brews Lambic, Ever.”