Three Floyd’s pushes the limits in two things: 1) hoppiness and 2) the elasticity of my anus for these extremely expensive releases. This beer was a ~800 bottle release priced at a whopping $50 a bottle. Some people might be cracking a Rare and shrugging their shoulders, but for the rest of us not living off of capital gains, $50 for a beer is a serious perineum pounder. Anyway, by way of history, almost 2 years ago, Baller Stout came out and it was $30, and beer nerds were acting like the 4 horsemen of the stoutpacalypse had arrived: a blend of Darkness, Dark Lord, Beer Geek Brunch, and Black Albert. So when they announced this, I knew shit was gonna get real. They did not mention that they aged each component beer in barrels prior to blending for 14 months then CPK “two in a bowled” that stout for this masterpiece. Enough fluffing, let’s get to full on stout ejaculation.

Some people be like “$50 rare bottle and you rock pours like that” yeah welcome to DDB, where we arent poor acorn dicks. Make yourself at home.

A: This has the slick oiliness like Parabola with a nice beige roast still hiding in the bubbles letting you know there is some unresolved shit going on in there. The pour is deep black but sadly I was expecting it to have a “flat black” sheen to it like those stupid assholes in West Hollywood who want people to know this is THEIR RANGE ROVER AND JUST BECAUSE THEIR DAD PAID FOR IT DOESNT MAKE IT HIS PARENT’S CAR. It is shiny black instead.

What’s that you say? $50 1 per person brewery release? IN THE MIDWEST? Well I never.

S: Holy hell this is a complex beer and you have to pull it apart like an onion, or the psoriasis on your testicles. I feel like that Dark Lord leads with its robed black foot first and supplies a deep black blast of sugar, turbinado sweetness, bakers chocolate and Hershey’s syrup all wrapped in a warm bourbon blankie straight from the dryer. You get this coffee pat on the back from Mikkeller, but fuck Mikkeller, the only reason you are hanging out with Beer Geek anything is because it is surrounded by a ton of hot stout chicks. Darkness finishes things out with a deep roasty dryness and this mallowfoam smell that just lingers like when you wonder how many Taco Bell items that you bought the night before.

T: This taste has the complexity of the above and is like Hungry Hungry Hippos just raping your tastes buds with cascading elbows of roast, then bourbon sweetness, then coffee acidity, and chocolate Stone Cold stunning the fuck out of every taste zone. It reminds me if you took the amazingness of Barrel Aged Dark Lord (any really) and they started tossing on body kits, rims, spoilers, and all kinds of extraneous shit. It is a bit sloppier in execution as a result, but it is genuinely every bit as good. I am so glad that this beer has flown so deeply under people’s respective radars. I guess that $50 price tag and the 1 per person was enough to pucker more than a few buttholes, BUT MY BUTTHOLE REMAINS UNPUCKERABLE. 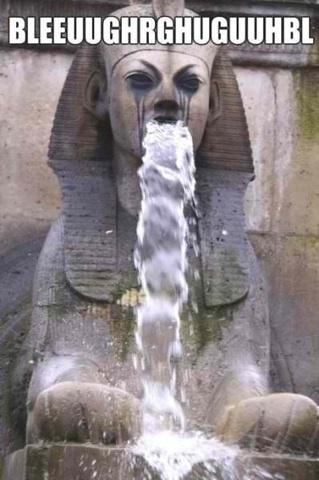 Drink this stout, then go try a normal ass off shelf offering and be all like-

M: This is sticky on the teeth with residual sugars and stick malts but also slightly wafty from the bourbon and the bitter zones get this deep char, Slippy is just doing barrel rolls all day and doesn’t even need to be saved. I can’t accurately restate the mouthfeel without just putting the aforementioned adjectives in a tumble dryer, so fuck it, if you dont get it this might not be the right place for you.

D: This likely has an ABV above 13% abv and I would drink this shit all day long. No qualifier like “I meant during winter” or some bullshit, I will drink this before my job as a bus driver because everyone knows 1) bus drivers cant get DUIs and 2) no one can get a DUI while the sun is up. It is widely known. The cruelest jokes are always the best beers being the least accessible (INB4 Parabola assholes, I know, I know.) Now forget everything I just said, I dont want you ungrateful assholes ruining my chances at landing another one of these. If you have one, it was not even that good, I will send you some Knee Deep stuff for one. Get at me. 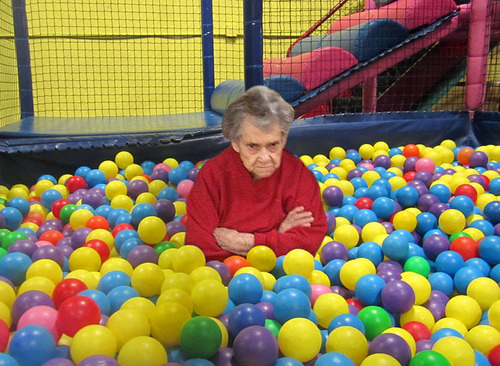 Sure it was $50 and super rare, but try to enjoy yourself at least.

NarratiVe: The life of a Chimera only seemed like a blast from the outside. Sure, you are fierce and amazing, aweinspiring at worst. But what about those other times? Try sharing the duality of identity with a series of united beasts. I was born a lion head attached to the body of a dragon, sharing an L1-L2 spinal segment with a goat head, and an unruly snake as a tail. You think I ever got to finish my memoirs with all those assholes constantly wanting to fly around, raid villages, slay King Cnut’s people, submerge scandinavian sea vessels, and fuck all else? Yeah, no rest to be had at all. The snake is diabetic and constantly complaining about our iron and glucose intake, I swear that fucking goat head just eats anything, peasant huts, cabbage farms; anything. Last week the dragon tried to use our penis to have sex with a Manticore. A FUCKING MANTICORE. Can you imagine the bush on that thing? Having a shared penis is bad enough but, you gotta draw the line somewhere. Sure, I am one piece of a fierce beast, but I have so much more complexity than outsiders ever imagine.

One thought on “Three Floyd’s Murda’D Out Stout, For When Being Baller Just Isn’t Enough and Your Beer Needs that Persian Appeal”