The first time that I tried this beer was in a bar called “Blind Tiger” in Manhattan and I looked like Jafar discovering a bottle with a malty chocolate genie inside. Then I got into trading and the generous ass beer community ruined it for me by forwarding delicious morsels like this my way on the reg. THANKS A LOT GUYS. So this isn’t breakfast, it isn’t from Kentucky, it has no health care so it sure isn’t Canadian: IT IS JUST A FUCKING STOUT GUIZE. Alright, so let’s cut the shit and get down to business today. 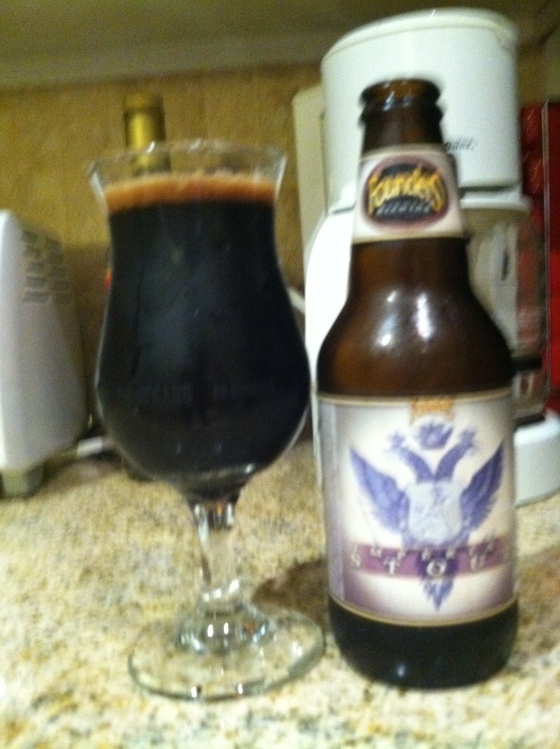 See that there, that is a real pour. Go to other beer blogs, look at the Vanilla Dark Lord pours, 1 molar unit of beer, FUCK THAT. Embrace your self-effacement.

A: This beer is as black as an Al-Quaeda masquerade ball. Deep slick oil tones, khaki bubbles, mocha tones, great middle carbonation. Deep murky ink sitting hatefully waiting for someone to love. Don’t you want somebody to love? Or would you say you NEED- alright. The carbonation is legitimate but doesn’t flex on you too hard. It’s like some officious gym advice that scare you but, just look at those malty traps. 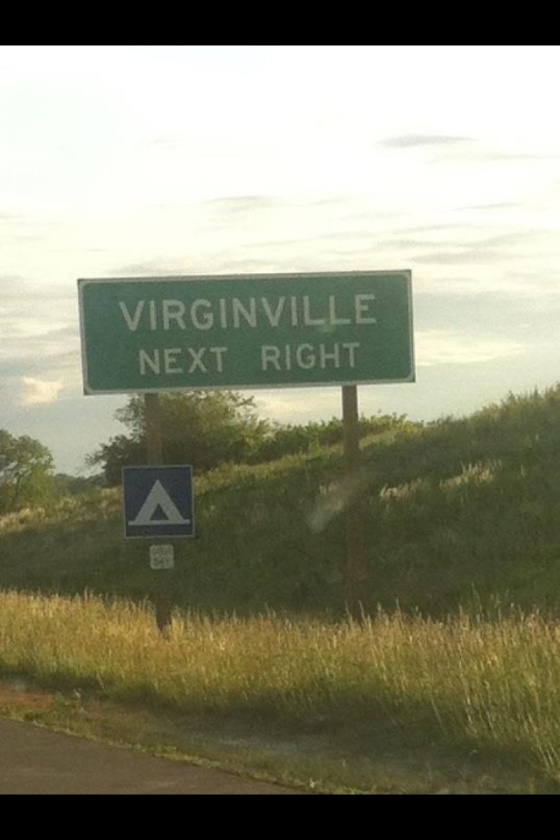 S: Licorice, vanilla, bourbon, toffee, burnt cigars, and a caramel finish. A complex and interesting bouquet. Beers like this are a bitch to review because the sweet husk of perfect execution makes me have to point out how the hot girl had mid digit hair and build an entire case against her as a result. This beer has mid digit hair, ON MY CHEST AFTER I DRINK IT.

T: This tastes like KBS, introductory edition. It has hints of bourbon, hints of the big coffee roasted notes, but doesn’t take it over the top. The balance is phenomenal and it feels like a powered down version of a supercar, the Porsche Boxster to the Carrera if you will. It is by no means deficient, just hits a different mark. This beer tastes as barrel aged at they come without involving a barrel. I don’t know the exact availability but wow, this is the flagship of the east coast (psst Midwest, whatevs, geography lulz.) Just fantastic through and through, it’s like the FAMAS in every single first person shooter, you basically don’t NEED anything else, but, its a solid standby.

This stout straight werks it, borderline twerks it.

M: This has a great coating, nice sticky coating, not overly possessive, lets you go out with your friends without dominating your life, just a nice resonant stickiness that makes a mess without making your life messy. It puts a bit of a resin on your teeth but it feels responsible. The oral hygenist that leans over your lap a little longer but not uncomfortably, you know the dreeze.

D: This is incredibly drinkable despite the ABV, despite the IBUs, despite the errant nay sayers, you can love your Founder’s Imperial Stout however you’d like. I could drink this under any conditions, well, ok, if I had my testicles in a vice, I would enjoy it moderately less, but still, could be worse. This is amazing and if not for its overachieving older brothers, this would easily be in the top 100. GOD DAMN OLDER BROTHERS THAT STOICALLY LIVE IN BARRELS.

Nothing fishy here, just an entertaining stout, through and through.

Narrative: “I can’t go in there, I promised that this would be the last time,” Doug muttered to himself while sitting in his 1995 Dodge Stratus trying to create an explanation for his situation. “Don’t go to the coffee store Doug, that’s what the therapist said, you don’t need any more chocolate Doug, you know, AH HELL!” he cried out to himself and swung the door of his unremarkable, poorly made sedan. Doug burst through the door and entered the modest foyer holding several bags in each hand with a menacing grin on his face. “Oh for the love of God, Doug, MORE? Seriously?” he issued a flippant smile and proceeded to walk to the parlor and deposit his treasures. The parlor had become less of a refuge from domestic life and more of a Wonka/Starbucks/Scrooge McDuck den of iniquity. He emptied the bags into the pile and bags upon bags of 85% cocoa chocolate, whole coffee beans and even vanilla nibs were embraced by the pile. “THIS IS JUST GETTING OUT OF HAND, YOU, I MEAN LOOK AT THIS!” Madeline pleaded with him. In Doug’s mind, this was not excess, but the paradigm of balance. “Oh sure, one room with 125 lbs of chocolate, 125 lbs of coffee and assorted toffee and vanilla snacks seemed obsessive TO SOMEONE WHO DOESN’T UNDERSTAND!” Doug slammed the rich mahogany door and laid in his treasure trove of sweet succor. The sheer balance alone was enough, but there was a special embrace he felt while making a coffee/chocolate/vanilla/toffee angel in his living room floor.