In what can only be described as an ISO:FT miracle, Fremont brewing has not been forced into a cattle car aboard the hype train.  Despite consistently knocking out big beers, having a solid barrel aging program and constantly rolling out delicious top notch hoppy beers, their fanbase refuses to be total shitheads.  If this brewery were located in say, Indiana, forget about it, you would see people attempting to trade Bbomb for one off cantillon, selling them on secondary sites, just really pricking up the place.  I liken these Washington tickers as a strain of the magnanimous Colorado breed: they just produce awesome beer and shut the fuck up about it.  Haven’t heard of Black Raven or Casey Brewing? Well it’s not their job to keep you informed, they will gladly drink up their world class offerings under the fall of torrential rain or snow, respectively.

So what do we have here, anyway? You might recall I previously already praised regular B-Bomb top to bottom as a leaner more nimble version of Kuhnhenn’s BB4d.  This is especially true of their recent offerings, solara style blending of a variety of different ages of barrels.  So that’s already what we are dealing with, THEN, they go and add cinnamon and coffee up in the mix.  I was skeptical, and I was fucking wrong.

ANOTHER ROUND OF BARREL AGED ALES AND THEN PLAY FREEBIRD

Strong Ale? It’s essentially an old ale/barleywine.  Let’s get to it. 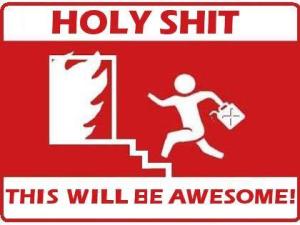 When they announced this beer, instead of being a skeptical asshole, I should have jumped on it

S:  The nose works in waves of cascading roasted coffee, churros, cinnabon, milk chocolate, nougat, whoppers and closing with a sweet roasty aspect.  It delivers in equal measure what it promises and never lets one aspect upstage the others, like a finely tuned Brady Bunch performance, every child receives a moment to shine before KEEPIN ON KEEPIN ON KEEPIN ON back in the chorus line.  The real star here is the balance, god damn it all.  If BA Abraxas is the paradigm for excessive cinnamon sweetness, this demonstrates how to take two aggressive adjuncts and make them work in tandem to buttress the main goal: a fantastic beer.

T:  This flips the shit switch and the amount of balls tripped is not insubstantial.  You get all of the foregoing barista and horchata cinnamon goodness, but a whole other layer of butterscotch and vanilla and mallowfoam.  It never is excessively roasty, nor is it cloyingly sweet, and it complely avoids the mexican barrio panaderia route.  Again I must underscore just how well balanced this beer is, I can’t even pander any trite dick jokes because there is no succor to be beaten from this libation, it is unquestionably one of the top beers of 2014, hands down. 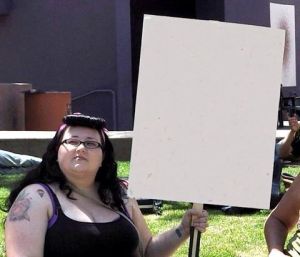 Sometimes you encounter a beer that is so good, you dont even know what to complain about

M:  This is yet another aspect where this beer outdoes itself and sets the bar for not only BA old ales/BABW but also a benchmark for adjunct laden beers in general.  It is so refreshing and nimble, so thin on the mouthfeel that you can appreciate the variety of flavors without a cacophony of sweetness, residual malt, flabby underattenuated sugars, or any other chocolately sub plots that detract from the main thread.  It begs to be consumed and I killed this bomber in the same amount of time it took me to drink De Garde Hose.  That is fucking dangerous and it is almost irresponsible from a products liability standpoint for Fremont to even produce beers of this nature.

D:  See above, I don’t need to retread this same well tilled ground: it is intensely enjoyable and highly drinkable.  If it had a major fault, I suppose it would be that it is TOO easy to take down, perhaps the guilt of indulging that hard, that fast is the real lingering residue on my burlap colored teeth.  If you miss this one, particularly with how criminally low it is trading right now, you might as well stick to BCBCS nonsense and become base filler in the trade game.  Not tasting this beer renders you a place holding zero on the trade boards as far as 2014 is concerned.  In fact, please don’t seek this out, let it turd up the shelves in PNW so I can hope to again savor this ambrosial delight.

CBBOMB is on that dual monocle tip