I always hesitate to bring Eclipseses into the fray on this site.  Usually you have a teeming mass of bottleshop assholes you want to chime in about PRICING or VARIENTS or WHECH ONE IS BEST THES YEAR.  It is exhausting to stay ahead of the pack when every time I know I have to look down the barrel of garrulous assholes ready to jump all over this tirefire of a website.  To remedy this I have elected to review the 150 bottle, most RAER deviant to prevent grocery store assholes from rocking the boat.

So they gave away one of these to each of the 150 people who showed up for the 50/50 Eclipse release party way up near Donner pass where people ate one another in the Sierras before craft beer was popular.  So rare instantly means the best right? ADDING COCONUT MAKES THINGS INSTANTLY AMAZING? Well unfortunately in this instance I can’t parade out tired criticism against adjunct stouts because this beer is actually phenomenal, so I have to holster my classic Propreeshittors rhetoric that I was so ready to dispense.  It actually sucks for this site when a brewery releases a rare beer that is incredible.  Some people don’t even understand the struggle.

Cant wait to see a bunch of offshelf ballers once again post pics “IS THIS COCONUT? SAW IT AT MY STORE IN CENTRAL INDIANA IS IT THE COCONUT THO, LOOKS LIKE IT I THINK IT IS COCKNUTS”

A:  I want you to imagine you had to write about what an imperial stout looks like, now make it fresh and original every single time, now do it say, over 400 times.  I am not wasting your time or mine with this imagery, look above.  It is slick, black, doesn’t coat the glass in a substantial way and the carb is beautiful and moderate.  It stays on track like a box of Pumas.

S:  This is the entire reason I wanted to write this review, because usually writing favorable reviews is like trying to fap three times in an hour, you just get worn out and sore.  Notwithstanding, holy god does this beer have one of the best noses that I have ever encountered on a stout, ever.  It is almost comically coconut in execution, like so over the top that you can’t even take it seriously in the pure reduced coconut essence.  I was like when Dodge releases that Tomahawk motorcycle with a Viper engine strapped to it, when something is so apeshit you almost just laugh and look at your friends like “does this thing come with a life insurance policy?”  It is waffle cone, mounds bar, freshly husked coconut, almost straight up pina colada lip balm, with a touch of chocolate but then entire thing is like getting greased down in a cabana by the Palms pool.  The only exception is you can enjoy this in your home without hundreds of oily Persians sipping hilariously priced mimosas.  It is mindblowing good and never hits those Yankee Candle or Glade levels where it feels like a reduction, just earth shatteringly inviting.  Galactus himself, eater of planets would spare earth if presented with this decadent potable.

Tickers rolling up to tastings with other janky coconut beers flexing throwing up B’s and C’s, not knowing you keeping that Eclipse heater right by the Louis Vutton belt buckle.

T:  This carries through the excessive coconut and delivers some depth to go along with it in the form of a light roasty dryness, cocoa nibs, smo’res, and a faint vanilla.  The coconut puts everything in a full nelson so that even the barrel character feels like redfaced writhing under its fierce dominance.  I am completely fine with that, and usually I would dig in hard about how a brewery is shit-tier for relying upon secondary additions to carry the day.  I really want to reach for that e-brake and derail this review but I can’t with any modicum of reliability.  This beer is just too good to debase for a few yukyuks.

M:  This is slick and almost oily in the mouthfeel, classic clean Eclipse runs along the molars, sweetness that closes dry and resonant.  It would be an understatement to note that this is far superior to both iteration of Proprietors.  I don’t say that in some iconoclastic fashion, it just hits the mark in such a substantial way that I can’t deny it.  If Prop was the already exceptional BCBS with a 10% stats boost for a touch of additional complexity, this is a completely overhauled character.  This is so over the top that it could very well be named a totally different beer in that I wouldn’t even identify this as Eclipse unless you told me.  It’s like how you can never plan a threesome, they just seem to happen, this beer took the coconut formula, then the stout friend entered the room and you were all kinda drunk and…magic happens that you ruminate upon in the shower for the rest of your life. 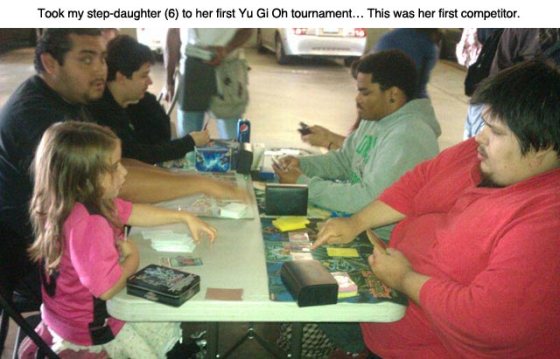 The competition may be bigger, but this nimble coconut got youthful Lisa Frank swag

D:  This is exceptionally drinkable albeit at the crest of an entire bottle to yourself, you will be fucking done with coconut.  If someone months later is like “hey wanna hit this Last Snow” you will shake your head in somber calculation, knowing that your coconuts were squeezed so fully that other counters will seem but pale foreplay by contrast.  This beer is apeshit and I dont care if I never try masterpiece after having this.  Vanilla eclipse was already mind blowing and this took things to absurd new heights, for anyone twisting their nips over Todd Ashman leaving to go make more BA Hifi, rest assure 50/50 is continuing to push things to new limits. It’s like when you used to take single scoop of pre work out drink and then you see what the world is like on two scoops, a jittery world of nitrates and 600mg of caffeine pulsing through your veins like Bane.  Shit is getting all too real.

even the Truckee High School class of 2018 can enjoy this oily adventure.