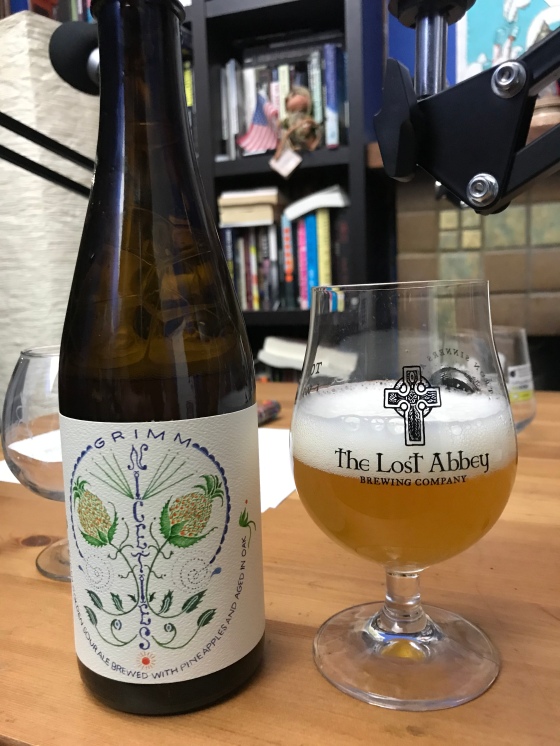 I hadn’t dabbled in @grimmales for like two solid years. I remember they previously were gypsy brewing and making some very solid albeit not genre defining wild ales and silently exceptional Haze. The interim has only fortified this position and they have improved markedly in furtive obscurity. Now I am seeing their offerings in California instead of the trade boards and it’s a hallmark of the generally increasing quality of beer in general, Grimm has just made noteworthy leaps relative to the state of other acidic wild ale pool chemical purveyors. I rarely open a sour Golden and want to kill the entire bottle let alone want more. This errs on the side of Sacc instead of lacto and feels super traditional with a smackerel of honeydew and kumquat, lightly hopped key lime rind aspects to the swallow but it’s a beer first and nautical desalination solvent second. I wish more breweries had this degree of tact in their wild ale execution. Michael Gabriel noted that this was “way better” than cable car and proceeded to berate me for wasting time on hypefluids. The body of work from Grimm,hops to mixed ferms, is really good and harkens back to a time of accessibility. Everything just tastes way better and suddenly having a FedEx account makes far less sense. That’s a fantastic state of fermented affairs. #wildale #sourbeer #instabeer #craftbeer #beerstagram #beerselfie #gold