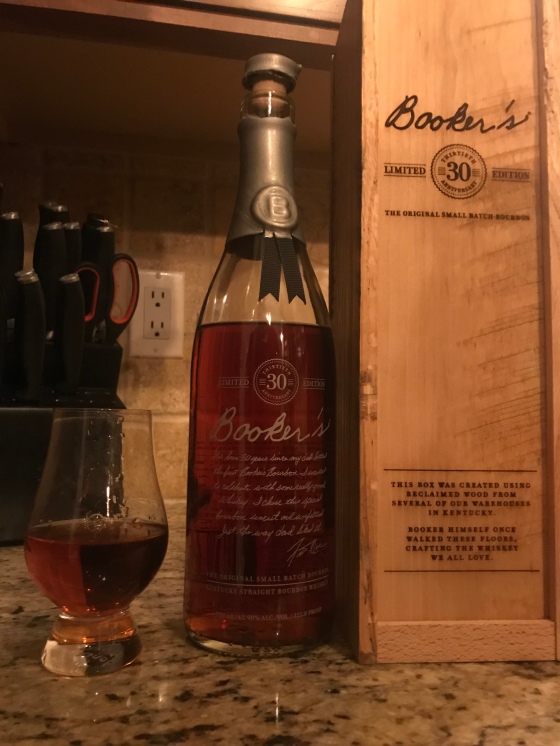 It seemed like just yesterday Booker’s used to turd it up for $49 and now regular old rocket fuel ⛽️ Noesauce is $80+. And like a Metamucil fetishist, there’s far fewer dumps but they are more consistent. Then Booker’s 25th came along and people started getting wise to my old workhorse bourbon. B25 is one of my top ten favorite bourbons ever so imagine my nutsack elasticity when I heard five years had already passed: Booker’s 30 was here. People went into vapor lock when b25 was $110 but lick the staves in reverence to drop almost double that for b30, or quadruple that secondary. The machine of excess and diminishing returns hums along. Call bud light because I’m pretty sure they put corn 🌽 in this. I traded a 2015 Lot B for this and have zero regrets because it is exceptional and LOL to actually opening a Lot B amirite. The first pour of this lit up my chest like ET but subsequent drams have been amazing. This new bourbon was put together by mingling 9-year-old (70% of the blend) and 16-year-old (30% of the blend) but we are almost in a state where age statements don’t even indicate sheer quality thanks to Diageo. The 125pf drinks thinner and gentler than even the knob creek special releases, Darjeeling tea, peanut brittle, red hots, leather and construction paper, with a dry depth that feels like it’s old enough to vote. The mouthfeel is slick and oily with a hot tamales and nutmeg aspect. If GTS is a sinewy jock, this is its artistic younger brother. It swings harder than the bottles in the same realm let alone complete overhyped bottles like eagle rare 17 or Saz18 that cost twice as much. Some of y’all never grew up drinking cask strength Booker’s and it shows. #bookers #bourbon #anniversary #juice #whiskey #corn