For those of you who have been following the decorous career of Derek Gallanosa at Abnormal, and now Moksa Brewing Company, you already know he is a the wagyu pastry massager, gripping and manipulating batter, fingernails grimys with nibs and beans. He also tried to sell us stouts with a fucking pair of sunglasses included, so no one is perfect. I was curious to see if this big move up to Rocklin, vanilla beans in his bindle, would change things. From the 858 to the 916, the dough mixer is still running. First and foremost, I drank Turbinator 2: Judgment Haze and it was really well done. I mean this in a “wow this brewery does more than just push candy bars through mash forks” sort of way. In the regional scheme of things, it is better than Alvarado Street, and as good as the already solid Moonraker, but inferior to Cellarmaker and Seven Stills when its one of their cans that hit. It doesnt reimagine the scope of the genre but the bitter is balanced with grapefruit pith beyond just boring ass creamy oats and stonefruits.

But what about the sticky buns? I know you guys only give a shit about the Wonka shit, so rest assured it is very similar in scope and quality to Abnormal. Prior to the northward I-5 migration, I viewed Abnormal as the best non-BA stout purveyor in the country. Moksa has built upon this but excised much of the flab for a more focused approach. This makes the non-BA stouts even better but gives me pause for how much yarn the BA versions have to knit out those ultra casked versions.

Time will tell. Lush is a bit disappointing given the description, but well made. Allow me to elaborate. This is a well-executed beer that is classic and shows restraint which in itself works against the stupid 12 plato finishing shit we have come to expect from the subversion of the nuts in your cacao genre. It’s moderately sweet but the additives contribute more of an olfactory waxiness, not a meaningful addition to the stout itself, which is shocking given how insane the figures are on this beer. I anticipate that a BA version of this will either be completely thin and wiped out or it will “Urkel to Stefan” and balance out the sweetness and drink like an incredible huge porter akin to Old May Joy from Great Raft. Either way, this is pretty solid but nothing alarming. 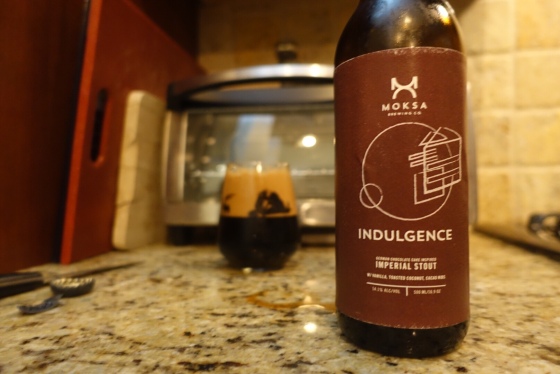 Indulgence, however, is nothing short of a complete masterful accomplishment. The fact that this massive beast is this expressive out the gates without any barrel component makes me question whether the BA version is even necessary. When something is this good, why even modify it with wood spoilers and stavey ground effects? This is thick but serves a John Stuart Mill utilitarianism to communicate the greatest good by the evil of residual sugar. It has an ample chassis for coconut, Ghanian and Ecuadorian cacao nibs, and Tahitian vanilla beans to pump out their respective oiliness, sweetness, and fantastic Drumstick cone bouquet. The swallow is long and greasy in a fantastic eclair sort of way, decadent French confectioner nips getting all achy. I both can’t wait for the BA version of this and almost hesitate to think how much more apeshit this can get since this alone is already a cap doffing offering. 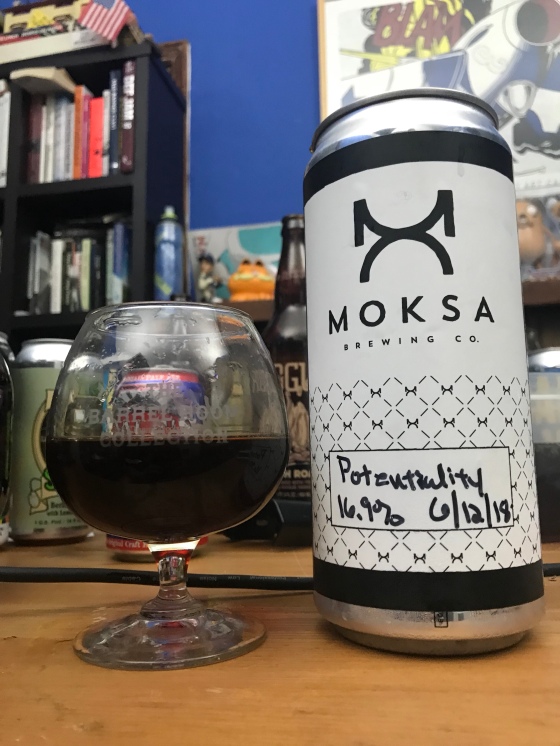 The barleywine was wayyyyy too fucking sweet. It was like a parody of English barleywine amplified with Rockford fosgate subs pounding out brown sugar. This begs for barrel aging reforming school to wrangle this Brueryesque base Beer. With some time in captivity I anticipate this cinnamon sugar toast will calm down and become something exceptional. On the up side they somehow integrated that dizzying 17% without sharp edges. Which is impressive.

Let’s see if Moksa can keep this up and get those BALs sticky. We shall see.

Also malt couture batch 5 is live in 30 mins. I examine the goose island class action lawsuit and it’s also a masterpiece of malty podpulling. Our best batch to date.