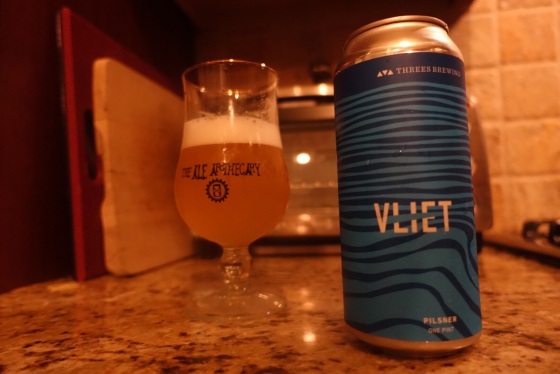 Everyone is rubbing their thighs raw on this pilsner bedpost. On one side you have jaded beer dudes who bolster their knowledge and self esteem by returning full circle to this style as a sort of odd resignation from a life of excess and waste. On the other hand you have legitimately entry level palates who can get a grip on this in the way that Led Zeppelin II is approachable to basically anyone. For either one of those, you have some khaki mouthed TOOL fan who is like “LOL I REMEMBER WHEN I DRANK 4/4 standard time signature beers” taking deep drags of 15 plato batter. This is clean, faintly herbal, dry lawn clippings, with a lightly challah swallow to it that is refreshing. In the vein that stand up comedy is wildly complex but the end product is simple and relatable, pilsners are exceedingly hard to do well, and people can immediately spot if your jokes are shitty.

SFY. This imperial pale makes no sense. It’s not a DIPA, but its almost like…a TIPA by extension. It’s hazy but it is too unwieldy and you have to dual hand this at the expense of defense to your palate. Just look at this: Mosaic, Simcoe, Columbus + Mosaic & Simcoe Lupulin Powder. They flip the coneswitch hard and there is no going back. The problems are mostly structural and body is akin to someone very beautiful shopping at Torrid. It’s massive with a melted push pop sort of body but then this raked leaves shit going on in the swallow that is not pleasant. This beer used to be called SUPERFUCKINGYAWN and it’s anything but that. It’s all over the place in intent and execution, candied orange peel and fernet. Who is this even for? No turn signals were employed.