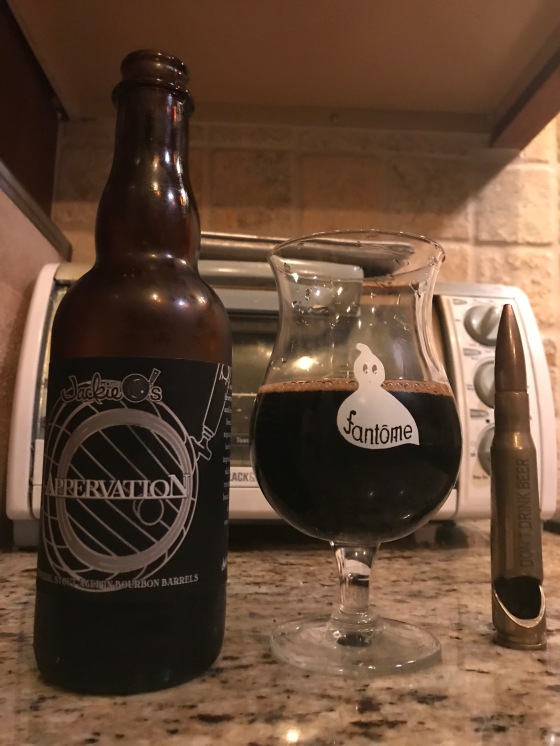 I talk a lot about the hilarious diminishing returns in the stout game. YuGiOh children have taken their completionist collecting habits to adult beverages and beer is going to outpace bourbon and sneakers as the most hilarious disposable income sinkhole. Appervation exists as anathema to that culture. It has no adjuncts, no frills, doesn’t ride the CV of its cask treatment, no lottery, no members only, no invite only, and I think this shit was like a 12pp limit: it just puts dripping black licorice molasses feet in the paint. On paper this seems like a no brainer because @jackieosbrewery has had to live within svelte confines of an oppressive abv law and @sideprojectbrew caters to depth by way of excess. The two combined are this bubbling obsidian fracking that results in a brownie batter Aristotelian mean. Where dark apparition was “insubstantial” in mouthfeel, the derivation lineup presented malty weight loss plans. The goldilocks bed between these Wonka poles is this fantastic beer. It maintains incredible poise with substantial sheeting, like a Tank spec’ed as a Rogue. There are undulating waves of tobacco and whoppers, barrel presence tempering the GoodNplenty sweetness masterfully. It’s odd to see such a flawless merger of styles and then have it work so well. My rickhouse got swollen staves realizing the power of no frills barrel aging attendant hereto. It’s damn good and while not falling off the shelf, the accessibility to pleasure index is off the charts. It’s the beer equivalent of buying Witcher III for $9.99. Dust off the FedEx account for this gem, it is exceptional.