With waves of freshly-printed currency dipshits rolling off the Untappd presses, the tides of human stout understanding has markedly changed in recent years.  With previous iterations of beer nerd scholasticism, there would be a rubric of shit like trying Celebrator, Fantome, dabbling in Struise, laying a foundation of crystal malt IPAs, and a counterpoint for mixed culture wilds.  Now, the quality of beer is rising and the disposition to lock in a learn shit has gone by the wayside.  In lieu of homebrewer turned enthusiast, we are increasingly seeing the model of disphit undergrad with plugs/Supreme hoodie jumping directly from Rogue to StoutRazzle secondary expert.  The empirical implications are a lack of residency or field training attendant to bullshit Untappd metrics. It’s this uncanny valley of dudes interacting with god tier specimens, in 1oz forays, with hard opinions on matters while lacking any grounding beyond four or five tired predictable adjectives set on a randomizer “SUN TAN LOTION” “PHENOLIC” “LIQUID ALMOND JOY” “BROWNIE BATTER” ad infinitum.

So today let’s take a grounds walk through some of the recent hypestouts to gain some perspective about scaled values, through DDB’s worthless subjective aesthetic: 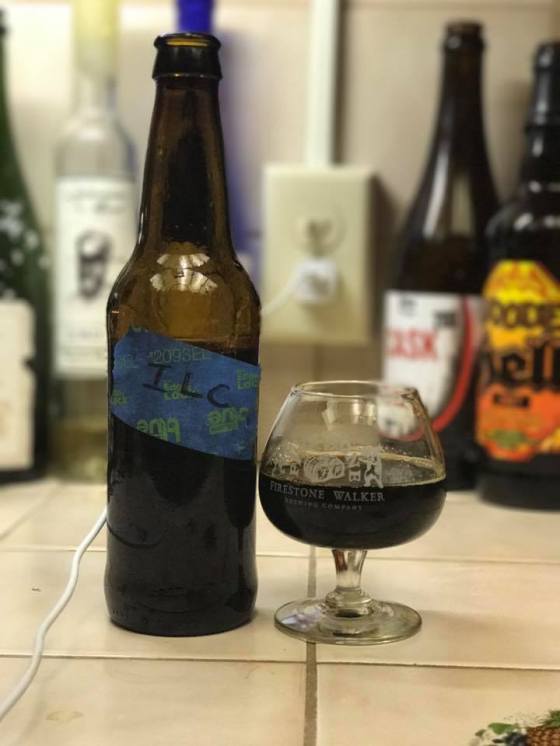 This particular entry weighs in on a completely different thread and exists as an eogistic hot house lamp that can’t really exist in any meaningful way outside of many five trade boards.  If you already read my previous Chris Klien breakdown I wish him no ill will but his self aggrandizing marketing strategies are suspect at best.  The usual gestalt proceeds as follows: 1) CK benchmarks some coveted stout 2) hazards an approximation at home 3) racks it to his 5-6th use 5gal barrels 4) proclaims it better than whatever he was doppleganging and 5) demands [coveted commercial offering]+ for his homebrew.

It is a charming model, and provides endless entertainment as a dramatic heel of sorts, but the operative question is: Does the beer itself justify the hype/hate? This is a difficult question to address because he bottlenecks accesibility ostensibly since accepting anything for his homebrew is a self-proclaimed “trade down” in every instance.  I can already hear his bemoaning that a bottle off the keg nullifies all impressions or something equally cringeworthy.

ILC is, at its core, fine.  It isn’t riddled with hilariously noteworthy flaws, nor does it come anywhere in the electron orbit of the god tier beers it is unilaterally compared to by its progenator.  The carbonation was delicate and silky, connoting a degree of oat massaging to the velvety mouthfeel, albeit with a twinge of ethanol burn that ratchets it back instantly.  It lacks balance but, so does Pugachev Royale.  The nose has some vanilla but it is integrated and muted in a sort of whoppers/kit kat wafer type of entry.  Ironically, such a small batch beer feels like when an uninspired macro giant weighs in and makes a scaled up bullshit version of something everyone is interested in, see also shit that Avery gets into.

There is a degree of roast and toasted pumpernickel, the chocolate malt has a light bitterness and the oak profile is almost nonexistent.  It is, fine. There’s no top tier yukyuks to be gleaned from something that is a touch above mediocre and if this was a commercial draft offering at your local forgettable brewpub you would be glad to drink it.  The whole enterprise feels like that dude who spits Skoal all day and wrenches on his piece of shit 5.0 Mustang and swears it puts up a 9 second quarter mile but never lets anyone DYNO it.  It’s probably pretty fast but, to wax philosophical and states that it is in the realm of a vanilla Pagani Zonda is painful to witness.

Side Project Double Barrel Derivation, a review based not upon a 1oz pour tasted at 95 degree festival 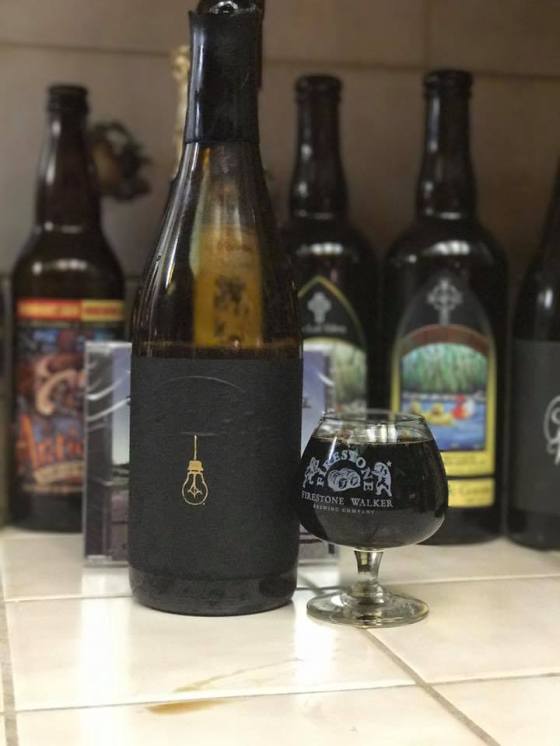 Technically this shouldn’t be in the ambit of Pastrystout discourse since this is all motor no adjuncts, two BALs to the wall. However, since it is a collapsed star of hype magnitude, it is worth discussing by contrast.  Since this is aged for two years in a Willet barrel, you can confidently assume that the as-ever-massive body of this giant didnt suffer from dryness or oversaturation.  You can also assume that the “North Carolina Tier aging” of 3 months in a port barrel didn’t make it stemmy, pruny, or acrid either.  The “second barrel” feels more like an afterthought, like how they “finish” whiskey and upcharge consumers for things that are usually shittier than the normal treatment cf. the innumerable Jefferson’s shitters.

The price of entry is somewhere between “favor” “impossible” and “pending domestic dispute.” So it’s hardly fair to scale the returns on those pedigrees. It isn’t “worth it” simply because nothing at this level ever is.  Go buy a bottle of Tornado Warehouse C for $1200 and try to convince everyone that was a solid life decision while you live in a condo.  However, that being said this beer is excellent.  The already incredible canon of the 2015 Maman’s of the world are given “more dimensions” to coin pithy trite mead terms.  The beer has sheeting like Bed Bath and Beyond and the chocolately threadcount is well above 700.  It is elegant and lies almost deceptively still, like a runoff canal filled with jagged malty dangers below the surface.

There is a heat that is ratcheted by the Clank of a graceful cabernet, red grape, and oaky tannic structure to the bakers chocolate.  The best part of this is the intense barrel presence that makes Rare15 seem comical in execution. The drag is endless like a 1040 audit and gives and takes in equal measure.

Reading the Untappd reviews of boastful dudes in muddy, unintelligible festival glasses, Urkeling their way though this layered beer it almost feels bad.  It’s like if you wanted to show someone what Micheal Haneke was all about and you let them watch 9 minutes from the middle of The White Ribbon. I mean, I guess?

The beer exists against a backdrop of forced coconut PSI, cocoa nib underpulleys, and predictable coffee intercoolers.  It is absolutely exceptional and it comes without surprise that myopic dumbfucks will sabre rattle over tiny pours and prefer the more apprehendable D[x] candy bar variants.  Look at how many books R.L. Stine has sold. Depth and complexity has no place in 41 degree Indiana backyards. 100 word limit reached, review over.

This concludes volume I, this discourse will follow shortly. Go buy the new DDB shirt, these reviews left me penniless and are well below my pay grade of $0.00