Central Waters enjoys this orderly Wisconsin repose of releasing delicious offerings, pumping out consistent and accessible barrel aged treats, and consistently tasty anniversary beers.  No one comes and rattles their cage too much and the usual refrain from hype chasing dipshits is that their beers are “TOO THIN” or something to that effect.

I will agree, their beers can exhibit, let’s call it a “classic” or “European” execution that is exceedingly clean, svelte, and intensely drinkable.  It is never a chore nor does it assault your mandibular faculties with hypersucrose attributes.  That being said, there are instances where I side with the sweaty mantits pressed against the chainlink fence in watery protest: some of their beers do come across as a biiiiit too thin, albeit exceptional in literally every other way.

Enter this 1000 bottle, raffle only, $40 tonnage of whale oil. This is so out of character for Central Waters that at first I suspected foul play, and then I read the specs.  First and foremost, they aged this for three years and out-Rare’d GI Rare at their own game.  Secondly, they sourced 25 year old bourbon barrels to house this beer.  Thirdly, and most importantly, instead of that protean Solstice base that  draws so much fire from the sucrophiles, this beer is worlds heftier and composed of the massive, uncut, Fat Elvis.

Focus on that last point because it becomes very salient immediately upon opening this bottle: these aint your daddy’s CW wares.  This is some next level shit.

First and foremost, why does the label look like some uninspired Sonoma Cab that your stepmom scoops at Bevmo during a 1 cent wine sale? It’s serious life-coach consulting, two carseats in the Odyssey, trips with the girls to Sandals Jamaica tier shit.  I guess that’s why they don’t let old Subbydoo write copy.

My immediate expectations were to have a bitter/over oaked/thinner version of Fourteen.  They grabbed my wrist midhammer strike and flipped my shit completely once it exited from the vessel.  The liquidy fudge frothed heftily from the opening like a broken valve in the Toblerone factory.  The carb was lower and the cling was evident in the sheets battling with streaking petroleum on the glass for occupancy.

At first I took a deep waft of this beer and got notes of a fusel experience of spice and crackly burnt fudge pan.  Then I realized it wasn’t actually an ethanol fusel aspect, it was the character of the oak itself.  This is akin to those ultra oaked Diageo offerings like Old Blowhard or the mind blowingly exceptional Pugachev 25, for those of you who dabble in crypty barrel treatments.  It is layered with waves of lacquer, cut lumber, split firewood, and a sort of rye spiciness that stacks the eros like corkboard.   Pulling this apart like a Twizzlers pullnpeel takes a steady and deft olfactory device.  Let it warm up and let the Nestle Tollhouse roll in with plates of Caramellos in tow.  The roast keeps everything in check with a bustling oven of crackling pumpernickel.

The taste follows suit with substantial Abyss-esque coating with anise and blackstrap molasses.  The barrel is the main star here and it has almost a degree of salinity to the waves of baker’s cocoa and macaroon. It never becomes too sweet and lingers on and on, each sip a changeling of different barrel notes.  Again, the entire affair turns the Central Waters model on its head: an expensive, rare, hefty, extensively aged, and most importantly SUBSTANTIAL beer that commands your attention.  It is as though Cigar City had a hand in CW’s traditionally delicate approach and taught them how to swing the mash paddle for the perineum with whirling aplomb.

It is unlikely that you will taste something similar to this in 2016.  Even the hoarse-throated chorus of frugal dumbfucks who, like clockwork, will cite Parabola as the panacea against trading will agree that this is something nuanced to the point of exceeding the penumbra cast by “more accessible” competitors.  In short, it is fucking worth it. 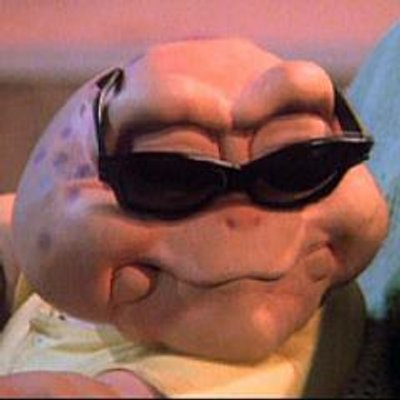 BRB hitting Treehouse up for some canned currency that I have no intentions of drinking.

Or you can spend your time chasing Florida stouts with things put in with other things to make them taste like pre-existing other things.  I don’t want you to tell your palate how to live its life.