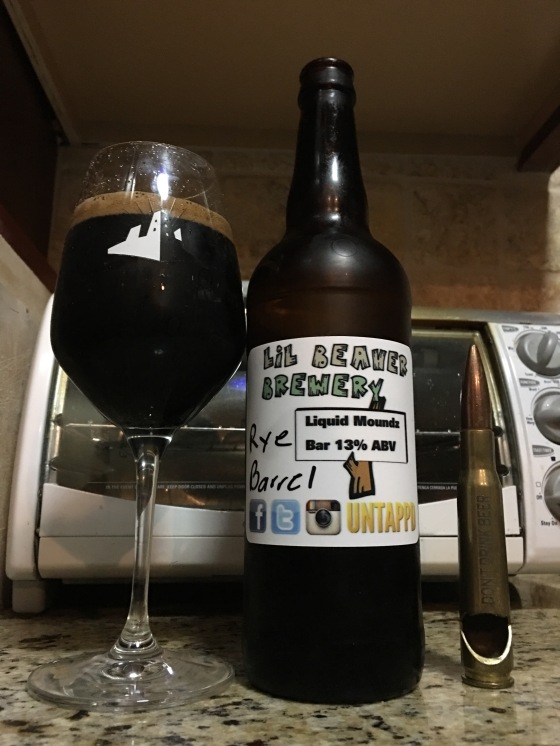 Let’s be clear: I usually cringe when people offer to send me homebrew. How many crystal malt DIPAS or tired ass clovey Westmalle strain Saisons can you tick without getting a twinge of forced veneration. Sometimes though, there’s someone who is up to some wild shit on the low. These are usually meticulously crafted, wildly expensive to produce, detail obsessed offerings from “novice/nonprofessional” Brewers. The usual refrain is that you could never scale these up and then you have to sit through a mandible grinding speech about how challenging a 30bbl system is to work with.

I get it. Professional Brewers hate this shit the same way I hate when people compare DDB to basically anything because it is the pinnacle of modern American prose.

That being said, this is really fucking good. It’s tough to say that hot on the heels of a Kyle Jukes post, I promise this won’t turn into some esoteric beer site where I only review 50 bottle sole comp/nano/pico brewery releases. It is more staggering to note that this beer is the closest iteration in coconut quality to Snowed In that I have ever experienced. There are waves of non synthetic coconut and waves of synthetic Mobil 1 viscosity in the body. The lipids play lovingly in sheets along the bicuspids. Somewhere between macaroon and almond joy fingerblasting, the flaky white flesh of this beer clumps like a confectionary treat.

The rye barrel is understated but chaperones the whole experience with a watchful brownie batter toblerone eye, making sure the moves are never too sweet or contradict the will of Jesus Coco our lord and savior.

Reviews like this are entirely pointless and I get it, I guess it’s just PROPS where there are due.