If you recall, DDB previously reviewed these guys and shit was pretty legit. I didn’t even die.  So let’s check back in with them and see if they are the next low bottle count Floridian whale preserve, (SPOILER: they aren’t.)

This beer is fucking bizarre.  Ok so if I am to understand this right, it was initially fermented on stainless, then “conditioned on french oak” which like…spirals? In the stainless?  Then they racked it to red wine barrels.  I get not fermenting primary all in red wine barrels, but why even bother with the conditioning? WHAT IS HAPEN.

The beer itself is fine.  It has a restrained barrel presence largely because it leads with a haymaker of black patent malt and almost phenolic character which would be Mikkelleresque if the red wine tannins didnt take things to this pruney, red fruit, bruised plum realm.  The mouthfeel is awesome and it never hits a syrupy disjointed aspect.  I finished my pour and finished shaving my pubes.  This is an excellent manscaping beer. 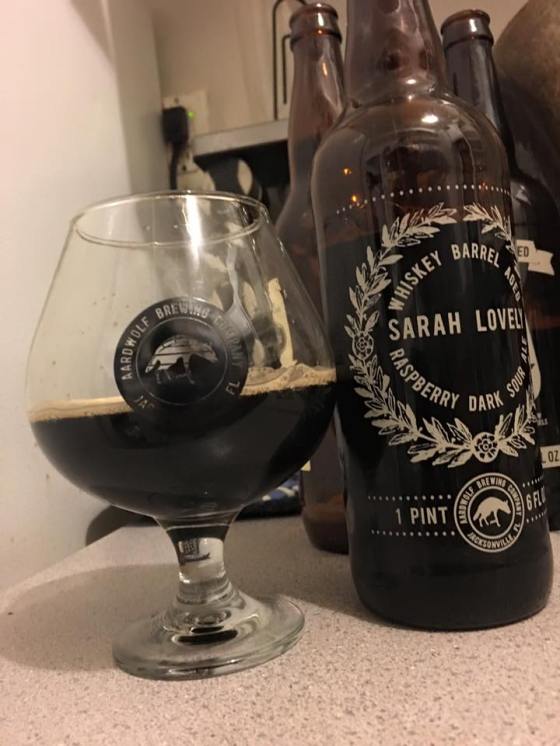 Alright this shit is outright horrible.  Like if Pootie Tang were transmuted into beverage form, you would demand the ticket price back.  When I saw a dark sour with raspberries, I was like “oh nice like Wanderer? No? Like Nightmare on Brett Street?” This was just Nightmare, hold the street.  The first issue is my saggy gorilla tits cant handle sour stouts/wilds.  Even when they are FLAWLESS like CD4 or Always In Death, I am left with this weird cherry cordial chalkiness in my gums.  It’s like that fruit tobacco at hookah places, unless you drive a white 3 series, who enjoys that shit?

The next issue is this is way too fucking sour.  It drills up in your mouth no Novocain.  Some sours have a juicy spread from sweet to sour and open like an acidic daisy, this goes straight for the gumline and starts groping your cousin’s ass.  It is tart, intense, over the top, and like a weaponized version of Tart of Darkness.  The CIA could leverage information from ISIS detainees by serving them this.  No thanks Jeff.

THIS SHIT, HOWEVER, IS FUCKING AWESOME: 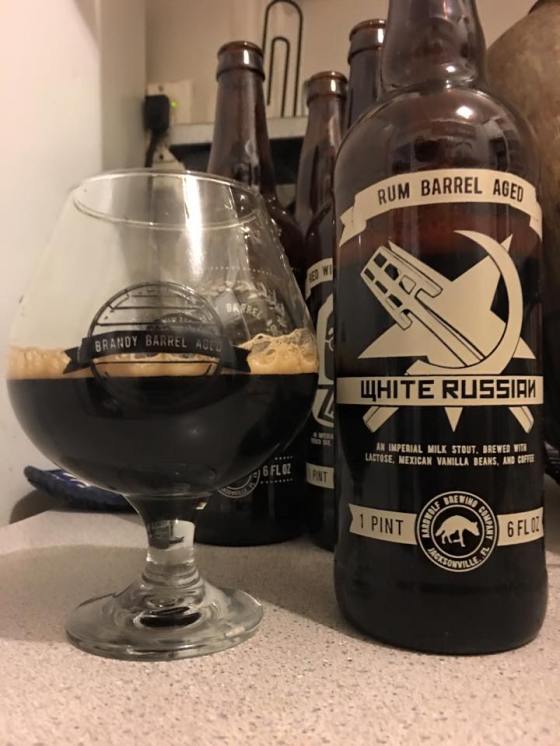 From “okay” to “throttling” to “god damnnnnn”: Aardwolf is all over the fucking map with these releases.  This is easily the best beer that I have had from them to date.  It is nimble and dances like Nightcrawler on its adept toes.  The carb is like chocolate cotton candy or brownie roofing insulation.  It has almost a “massive porter” thing going on because there is residual lactose sweetness but the cling isn’t irritating or saccharine.

The real show here though is the interplay of vanilla and coffee: madagascar latte nocturnal emission.  That’s why they don’t let me write beer copy I guess.  None of the adjuncts overstay their welcome and work in tandem like a band of rag tag scamps who are behind by 3 in the bottom of the ninth.  The sweetness starts acting up in a Dreyer’s ice cream sort of way and the lactose froths it away like heavy whip machination foam, then coffee finishes long and dry like artificial hazelnut gas station coffee, that weird waxiness, but in the best way possible.

Ignore the other two and seek out White Russian, this freebases straight from the foil, vanilla Bic pen right in your teeth.

5 thoughts on “Aardwolf Brewing Made Some New Stuff, So Let’s Return to the Land of Monte Carlos and Bath Salts”