With all of the fanfare and ticker tapes being thrown from mile high balconies over BA Ten Fidy stove pipe cans, this watery Hawaiian Tropic elixir was cracked in half. 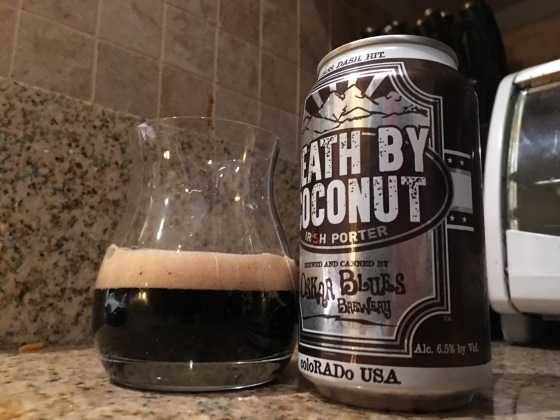 If vanilla bean was the 2013 panacea for stouts, then coconut is the healing salve of the modern era. I can almost see white boards with finance figures being scrawled hastily by accountants in breweries, trying to circle the square with purchasing expensive coconut ingredients versus pumping out some tired ass coffee IPA. Bless their hearts for making these difficult decisions on behalf of the consumer.

Usually, the coconut effect is either overdone or approximated using coconut water (holler at 2014 propreeeesh the panela popper) so when I saw this affordable, widely distributed can from Oscar Blues, I already knew what the public was in for. 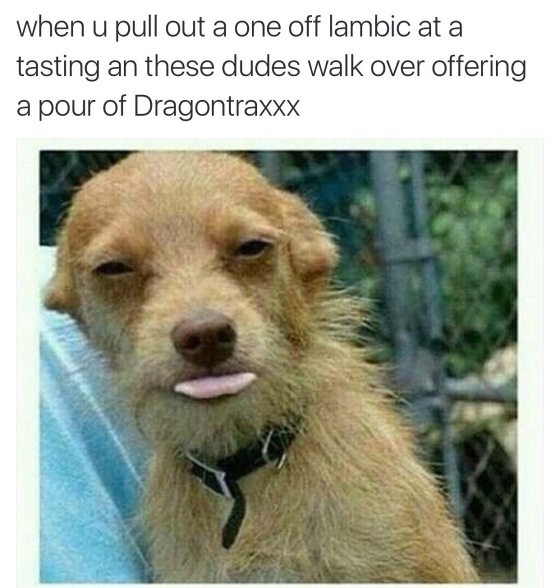 This beer is at its heart, essentially a robust porter, or perhaps a massive Irish export stout, whichever cognomen stills the cockles of your angiated heart. It pours thin without and corporeal body to speak of, an ethereal ghost of a coconut stout. The transparency shows that it seeks release to the other plane of malty existence, but remains tethered to our world by way of watery nutty milk.

The sheeting is as to be expected, h to the izzo, with drippy tiny hey Arnold legs. Light oiliness from coconut gives a glimmer of hope but it too underscores the simplicity of this endeavor.

While you might want to write this review off as simply expecting too much from a humble malt and abv canvas, I must remind you that last snow still exists as a far superior analogue to this. The swallow imparts some suntan lotion and water park oiliness that is refreshing but lacking depth or nuance. I can’t think of a time that I would need to “session” coconut stouts but, here is the solution, in case that happens.

Don’t actively avoid this, but, even at retail cost it’s hard to toss a solid vote of confidence for such a ho hum nut buster.

One thought on “Oskar Blues Death By Coconut, more like a MEHmicide. ”