Cigar city makes some awesome beers, some are big and fulfilling like apple brandy Huna, others are nuanced and tasty like that gem 2012 guava grove. No one can cast malt into mash tuns irreproachably without overstep or error.

To err is brewer and the humble plans of one man pushing grain around with a paddle sometimes yields sticky caloric disasters, the likes of which only a Mexican bakery can articulate. If you have had a BIMBO treat, you know of the evil to which I allude.

This is cigar city’s most massive beer ever crafted, a rum barrel aged barleywine . They call it a quad, but, regardless of what strain they used, this is a sticky massive sugar bomb of a barleywine. Let’s be clear: cigar city makes some amazing, god tier barleywines. Leon was absolutely phenomenal, however, this exists squarely within the penumbra of ” would not bang.”

So what went wrong?

Here’s the dream on paper:

“Forgotten Island is aged in Appleton rum barrels, originating from Jamaica. This distillery makes the oldest barrel-aged rum in the world. The barrel lends notes of vanilla, molasses, orange peel, cocoa, brown sugar, nutmeg, hazelnut, apricot and peach. This plethora of flavors and aromas from the rum barrels intermingles with banana, clove, cinnamon, fig, plum and brown sugar aromatics and flavors from the quadrupel, creating a crescendo of elegance in a long flavorful finale.”

Print that out onto a piece of resume paper and dip it in mallow foam and gently push it into your O ring. You are in for some seriously sweet unpleasantry.

It isn’t the alcohol, that actually helps this rum porta potty, tipped over with milky brown foam cascading on the walls. It is the nose of intense Carmelized figs , plums soaked in brandy, prunes rolled in brown sugar and then spit into your mouth by a Filipino escort after she just took strong pulls of E&J, and a vinous waft like if you dropped a Malbec boilermaker into a dr pepper. It is everywhere and missing it’s mark at every cascading hay maker.

If you were hoping for a delicious clean and highly attenuated Belgian experience, well hang your hopes at the door of this beastly sweet key club . All holes will be filled with residual FG that is probably higher than your Gpa.

It just doesn’t work well, I took down 8 ounces and felt like I earned one of those millennial participation trophies they give to pte diabetic kids who are patently shitty at tee ball.

It’s too much of everything and your non beer friends will look at you like you enjoy pumping Magic shell straight from the bottle down your gullet. You will be judged, there will be blood. 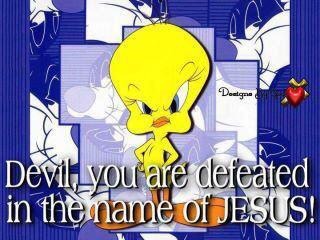 Merry Xmas eve, have fun dumping all those high abv gems that you can’t drink on your extended family. Ask them what they think of White Chocolate for me.