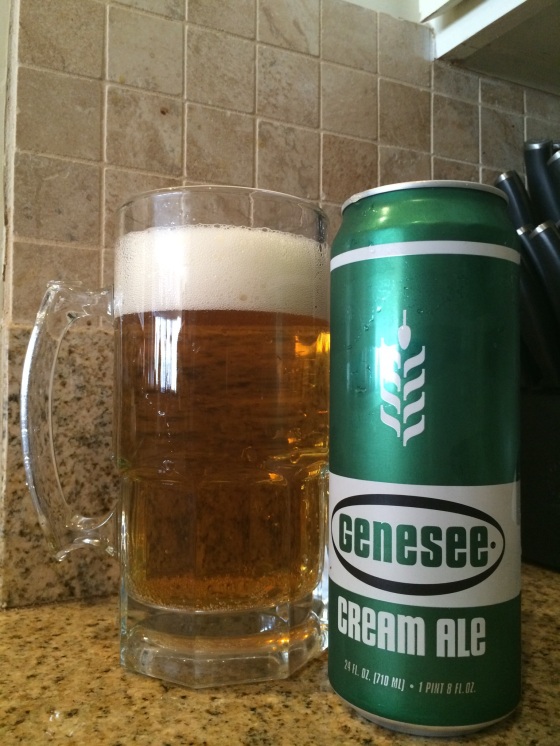 It is 76 degrees in October, time to put on a screen printed tank top and review some salt of the earth staples from the other coast. This is one of those Yuengling-tier items that people swear by and will shiv you with a sharpened Oral B if you attempt to take it down a peg.

So how is this beer really? Is it all nostalgia predicated on heritage, like the way people act like they enjoy Jenna Jameson videos when the smut industry has evolved in the passage of countless straight to DVD releases. This is admittedly a pretty beer, golden pilsner aspect to it, a radiant brassiness that would shoulder lovingly into any bbq buffet in a backyard with an above ground pool. Like that guy who works in shipping and doesn’t give a single fuck if you don’t like his demeanor, this beer has a certain brashness in the packaging and stripped down aspect.

This is as reductionist as beer gets and it takes a certain soul to appreciate it. If you see a roll caged crx and think ” good for him” you will dig this. It has a lightly sweet honey to the nose, some pear, the esters are a touch in the realm of baked corn but not exactly DMS to the fullest. Hops are saaZ or some place holding zero and don’t play a real part in this production.

The taste is pretty okay, again sweet and a little bit of waxiness to the swallow that finishes clean but nothing really stands out to make you say “oh fuck, if you don’t try this, your life will be forever flawed.” If you have ever been to Enterprise and they assign you a Chevy Cruze or something like that you know what I mean. This beer is present and accounted for on all aspects and glosses over the areas where it could make a statement in lieu of guaranteeing it’s place in office.

I can only assume this is like $2.00 a can and, from that standpoint, it represents a noble and exceptional offering. I would pair this with lawn darts or give it to David Chang and watch the precum webs spin as he effortlessly paired it with a $35 bowl of peasant ramen.

If you haven’t had this beer, you still probably have. It is the base upon which all else is built, the power chord of beers, the Ramones of the ale world that some can overlook in lieu of some apeshit prog rock lambic. That doesn’t diminish this beer’s charm, but it doesn’t make it add any depth either.

At the end of the day, the Raiders are gonna lose and your children will come to hate Sundays.

One thought on “@geneseebrewery Genesee Cream Ale, finally gonna review this touchstone that Atlantic tickers been creaming their jeans over.”