Tired Hands and I have a turbid history with their bottled offerings. They released one of the best saisons of recent memory but then they also release intensely strange beers brewed with esargot shells. Thankfully this falls well within the realm of the latter and even goes beyond all prior iterations and offerings.

If we are going to use something in the realm of Blue Label Arthur as a benchmark, this hits real close to the pin and is one of the best American saisons of recent memory. Take that Cask 200 swagger, add some Lil Lobster on the Prairie, and you get the idea of what Kobe shit we are addressing. This farmhouse puts up 83 on those haters.

Workin them persimmons, clacking those red bottoms, putting itself through saison college.

Notes/Commercial Description:
The Emptiness is Eternal is an oak barrel fermented Saison conditioned on a copious amount of Hachiya persimmons grown by our dear friend Tom Culton at his family farm in Lancaster, Pa. We produced 400 bottles of this beautiful Saison.

A: At the outset you get this intensely radiant beer that just LOOKS bone fucking dry. They golden notes look like radioactive hay like it came from some locally sourced Chernobyl farm. There is a mild turbidity to it with frothy thin bubbles that crackle and toss up some wispy stacks and let them rain. The lacing is decent but cling isn’t this beers mainstay, it’s all about that yellow ringpop glow. Marcellus Wallace briefcase shit. 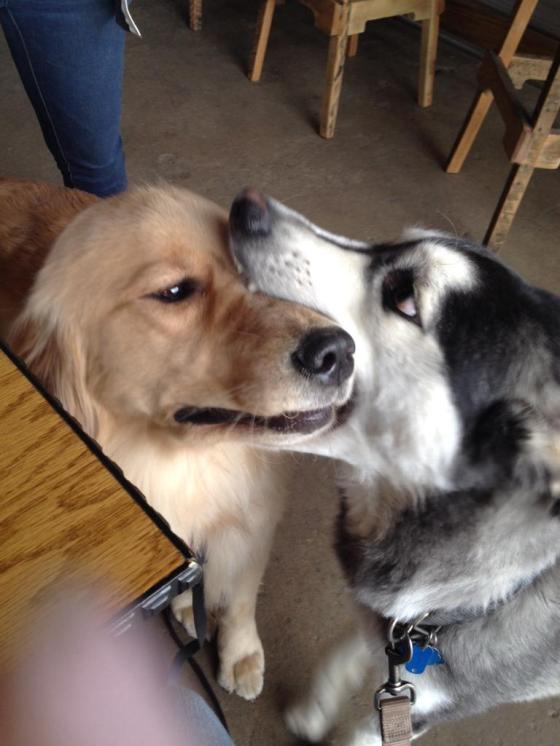 Get your mouth on this golden treat ASAP

S: This is acidic but not in that Side Project/borderline AWA realm, it has a tangerine and white grape waft, since this is a 400 bottle release you get serious rare notes at the outset the sublimate into a sort of “unobtainable” and dissipate. The persimmons are light and, as a side note, as a complete bitch to capture in the flavor profile, come through lovingly in the waft. You get some sour skittles acidity and faintly brackish aspect but again the whole thing comes across as a tropical fruit stand with a faint biscuit underpinning. Drank this in bed and had to change the sheets, got that horse blankie all dirty.

T: This is more acidic in the taste than the persimmon sweetness of the nose would indicate and it imparts a riesling dryness upon swallow. The middle is all clementine and orange zest, intensely drinkable, but never going overboard on the acidity and maintaining its wheat backbone enough to paint the ph canvas. Admittedly this is not the most complex beer in taste execution, but it really doesn’t need to be. If you strip down a Datsun 240z and drop an acidic 350 in it, it will get the job done without complexity or panache. This shit drops Molly all in your champagne and people be fuxxin after you pop one of these.

Some people can’t handle the farmhouse lifestyle, do u even rustic

M: This is on the dryer side of the farmhouse realm and doesn’t provide a lingering creaminess for the gumline, but again, it never loses its identity within the folds of that ATP acidity, Kreb’s citric acid cycle kept all in check. You can drill this and wont be left with gerd or cankersores. It exits with a white wine oakiness that is almost drowned out from the fruit notes, but when you see them sparklers in the club, you forget all about the minor details.

D: This is exceptionally drinkable and you can lay these down racksonracksonracks, well, relative to the 2 per person allocation I guess. If ever a 7% beer needed to be in a 750ml, this is it. THe 500ml is like a full release massage where you never get to flip over. I want more and will tip up, but the opportunity is over all too soon. This isn’t some musky complex banger, but it is awesome in the 3 tricks it does turn out. I can safely recommend this to anyone, stretch marked Cicerones or size zero BEBE dress wearing ASU students alike. This beer goes in.

borderline wild, but domesticated enough for you to fall in love

Narrative: Billy was commonly known as one of the Double Dragon brothers, but there was so much more to Mr. Lee. While some would protest that an industrial garage was an uncomely location for a citrus garden, he still pressed on diligently. He had a small plot of land in the year 19XX and tilled the soil arduously in between rescuing his girlfriend from local thugs. He would pack a few tangerines in his pocket and then proceed to strike a woman armed with a whip directly in the face. There was a simplicity to his agrarian existence, romantic in his goals, and a Roussean nature to his exploits. Billy pushed a huge bald man off of a conveyor belt and peeled a clementine and watched Abobo fall to his death, another day for an industrial farmer caught in the grips of modern existence.