This is the best stout that comes in a can, that is until Peg’s G.O.O.D. Rare D.O.S. gets its canning line up and running this fall [fn1 – citation not found.] But having the best canned beer is kinda like being the hottest camp counselor at D.A.R.E. camp, you really didn’t accomplish much. Let’s look beyond that cold metallic exterior at the heart of this dark beast in today’s review 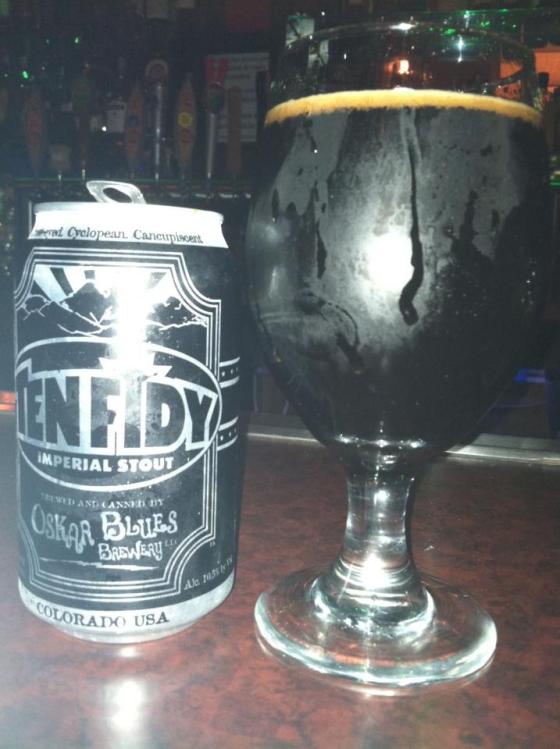 A: This has a pretty viscous appearance to it with nice coating and sticky mahogany carbonation. However, contrary to what most people think, this is not the most viscous used motor oilesque beer that I have ever seen. Rare, Parabola, Abyss, and particularly Hunapuhs are all thicker and exhibit better coating. That is not to say this beer isn’t as black as Satan’s magic, it is. It has tiny bubbles and isolated dots of lacing.

Canned beer: changing the face of the United States, can by can.

S: There is a bit of coffee and some black licorice. You can smell the roasted malts and a sort of burnt turbinado sugar. The bouquet is a bit flat and unremarkable, pretty standard for the genre and style.

T: It has a huge bitter chocolate sweetness at the outset that subsides into deep chocolate malts and finishes with a drying effect. This is a very solid offering especially for the non-barrel aged crowd that can be seen as so pedestrian. Everyone just shaking their heads, “tisking” to their heart’s desire, knowing that a baller version exists out there. 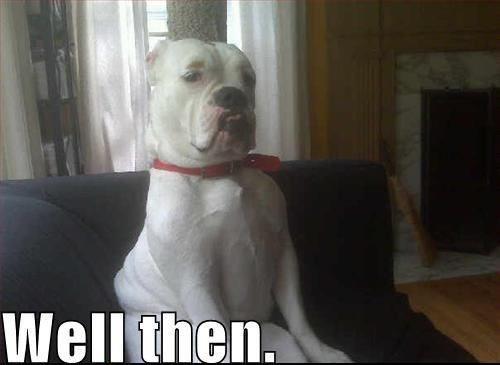 An amazing stout from a can? Well then-

M: The mouth feel has a great stickiness that lingers for about 25 seconds after you swallow it. The mouthfeel is thick but not oppressively so. For the huge gravity and alcohol of this beer, it doesn’t come off as overly filling. I enjoy the interplay of sweet and very bitter elements.

D: Strangely, this is a very delicious and drinkable stout, despite its shortcomings in the aroma and taste aspects. This is not a session beer, but the cans make it very versatile and I can finally take a huge thick stout to the beach. All of my dreams finally come true, my tossing a Frisbee around care free, swishing in the tide with stained khaki teeth. 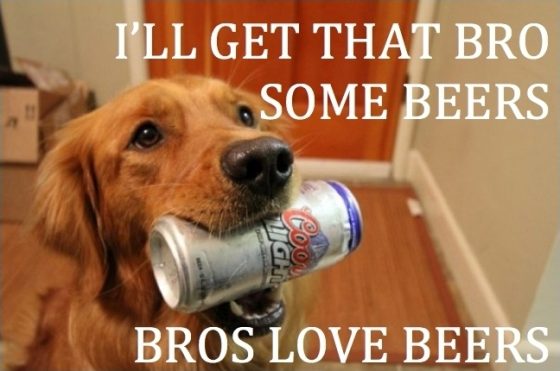 Beer in a can, works every time.

Narrative: “Don’t do it Sarah, don’t send that tweet,” the former Vice President nominee told herself with waning confidence. “Just stay out of it, people don’t need to know your opinion of Chick-Fil-A, just put the phone down.” Suddenly, the opulent den of her Alaskan parlor was filled with a deep gaseous spirit, murky and black, flowing like crushed linen. “Yesshhhh Miss Palinnn, tell themmm, let them knowww you schiinkkkk that CHICK FILLL EHHH isss a good businessss” this petulant black demon had been her ill advising counsel on more than one occasion. Five years ago she was trekking through the Alaskan tundra and found a small Inuit artifact with warning inscriptions on it, and the rest is pretty heavily implied. “Annnddd thennn once they know how you feeeelllll, you should thennn startttt talking about GUNNN CONNTROLLL and vvviiiiideeeoooo game VIOLLLEEENNNCEEE, tie it in to REECEENT EVENNNTSS.” She nodded with stern contemplation and sent a series of tweets the pundits could only call “completely par for the course.”