Initially I did not seek out the Boulevard lineup because I really didn’t know what they were exactly, I just knew that they were from the midwest, traded mid-range, and weren’t on the top 100. Oh how I have learned from my transgressions. Their brett saison was a mouthgasm and this is like huffing exhaust from a Maybach: classy and destructive.

Sometimes it feels like this should be a pay site with all this hot Rye on Rye action going on.

Ok so they took an amazing Rye Beer and then put it into barrels of Templeton Rye whiskey and aged it until we got this raucous potation, ready to scrap with the best of Affliction t-shirts.

A: The appearance is a deep murky amber with ruby tones and a translucence that light passes changed like an aurora borealis. The carbonation is absurd and gets nimbus status real quick and takes 3 minutes to stratify into porous catacombs where the aromas go to die. Looks like bayou bubble bath for neglected children. 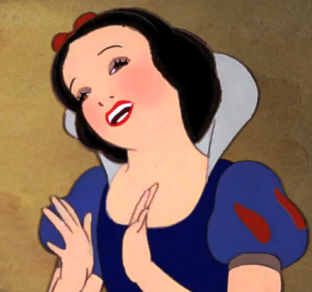 This beer feels classic, yes impure, like being beaten with a Dinoriders toy, but you secretly like it.

S: There is a waft of whiskey, mild heat, prunes, figs, toffee and melted brown sugar similar to bananas fosters. It’s like getting a hug from your postman, professional but not so seccretly alcoholic.

T: This is really impressive and unique. It straddles right between a big quad and a bourbon barrel barleywine but remains unique but imparting that characteristic crackly rye finish. It dries the gumline at first but imparts deep pitted fruits and deep peppery notes that would keep even the flattest, most uninspiring midwest states entertained. I think California would never make something like this, because the moment someone was close they would fall in love with a hipster chick or an earthquake would happen or a celebrity would walk by or they would get hit on the head with a book of cliches. The taste has a faint floral note but it is impressive in how distinct it is but shares the penumbra of tons of different styles. You could even tell someone this was an old ale with the waft of booziness and WOULDN’T THEY LOOK LIKE SHIT WHEN YOU REVEALED IT WAS A RYE BEER.

Whenever I trade for something, it is a gamble, the verdict is MOAR.

M: The mouthfeel is crisp and light like spraying caramel binaca into your mouth. If you were born in the 90’s you probably dont know what Binaca, but trust me, it was so cash. It washes clean and imparts some drying effects with mild oakiness but I enjoy the complexity through and through. The booziness could be ratcheted back a bit, but then it is rye beer in a rye whiskey barrel so what was I expecting? Not some velvet smoothe experience, it tastes like a kiss from a University of Kentucky undergrad.

D: This is very boozy, hot, oaky, and reeks of acetone. It is also delicious. This ambivalence creates this push pull mechanism where you dont want to stop drinking but your palate and liver whisper silent pleas to stop the abuse. You can get a new liver, but trading for bottles of Rye on Rye is almost harder, I have PPO insurance SO I MIGHT AS WELL. Basically, its a bit prickly but worth the ride, like the end of Splash Mountain, except instead of singing bears, it is more like police sirens. Cutty.

It took me an entire bottle to decide how I feel about this and I can decidedly say: feelings. Rye feelings.

Narrative: Secale was always the snubbed cereal sister. She looked longingly through the window of the local department store and stared at the simple enzymes and pleasing chains of glucose and always looked at herself and thought “why me?” Every eligible substrate within the tri-ribosome county knew that she was prude and nearly impossible to postulate the “Lock and Key” hypothesis with, if we are speaking crudely. Rye held her head up high and Ms. Secale powered on. Perhaps it was a penchant for racism, as Secale was primarily found in Turkey, and her people stretched along the fertile crescent and the “pure” crops of corns and rice simply edged her out of all competition. Secale sobbed angrily into her long-leafed stalks and cursed her base heritage. Who would ever love a coarse grain like her? A gentle southern gentleman in an alabaster suit took her in his palm and caressed her intentions into a fanciful Pinnochio universe not unlike J. Worthington Foulfellow. Before she knew it, Secale was impressed to a life of hard alcoholism and then enslaved to a barrel. After years of hard fermentation she emerged a hateful shell of feminine herbal grace, her only desire, to burn and scorn the XY chromosomal order. Such is the hateful story of the Rye upon Rye, as true today as when it was written.