I love seeking out nano’s and seeing what they are up to. Unlike girls at the gym with nanos, nanobreweries are downright approachable and can usually get up in the mix with stuff that bigger boys may not want to attempt. I don’t know if there is a smaller adjective but Funky Buddha fits this bill pretty well. When people started kicking up dust about this lil upstart, Eric generously hooked this up for me so I could get in on the SD reindeer games. Let’s see what is going down with Hess in today’s review.

It's a coffee drink for people who don't have shit to accomplish in the morning.

One of the badass things about nano’s is that price is usually not a limiting factor since they are going to be making small runs with weird ingredients so you can try shit like a Durian Gose or an Ectocooler Saison, wait I think I already tried that last month, anyway, shit is cray. This is no exception, this porter has freshly roasted coffee beans from the coffee and tea collective and the nano notes are certainly there.

A: The pour is classic porter, nice Dr. Pepper looking wateriness with mild coating and a light sheeting that billows up a non-offensive amount of carbonation. The lacing is clumpy like 9’s in a club, you know what I mean. The result is lil spotty archipelagoes that cling to the glass like if Casper got hit with a proton pack. Don’t cross the streams with this porter.

At first I wondered if this would be mainstream and disappointing, but then it delivered some memorable moments. Pic related.

S: Easily my favorite part of this beer is the smell. It gets straight up Peruvian with some nice malty roast and an acidic coffee integration like light roasts that still have balls. The beans and dry roastiness trump the chocolate or sticky malt aspects, and for the porter base, I am liking what is going down. This has more coffee to the nose than even those other coffee heavy hitters like Peche Mortel of Founder’s Breakfast Stout, albeit with less complexity. The coffee hits like the Tyrant in Resident Evil with a huge left hook and little more than an aggro charge attack. However, I think it is better as a result.

T: The taste is acidic coffee and deep roasty malts through and through. It isn’t exactly on the smokey zone like some stouts that push the office jokes too far, but the coffee keeps it in line with clean Latter Day Saints coffee humor. The dryness works well with the light watery character and gives the whole beer this sort of morning beverage aspect that isn’t exactly filling but it knocks you down strictly due to the bitterness of the deep arabica character. In fact, if I didn’t know better, I would assert the use of high alpha acid hops like Tomahawk but it isn’t exactly like that, no Native Americans were implicated in the creation of this stout. 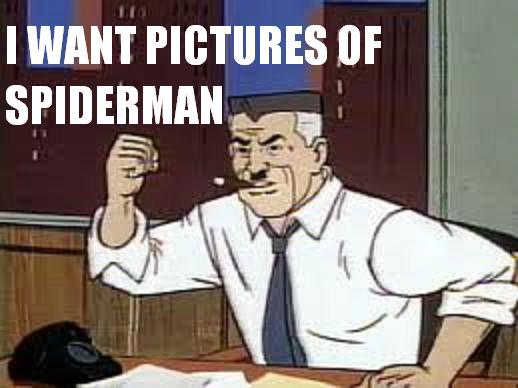 M: The mouthfeel is crisp and dry. There was not a barrel involved here but the roast can trick you into thinking maybe some kids were painstaking working as coopers for Hess, and while I am not an advocate of child labor, if that is the case, so be it if coffee flavor is the price. Anyway, so there’s a nice crisp dryness but not a huge malty body to support it, so you get the porter analog of a west coast IPA, with different palate profiles. I am on board for that shit like crunchwrap supremes at 2:45 a.m.

D: This is exceptionally drinkable and I merked an entire 1 liter growler with the utmost urgency. This isn’t my favorite porter of all time but it does put an interesting spin on those non-BA non-imperial porters like Edmund Fitzgerald that hold a special place in my heart. If you like those but want more coffee on bean sex, this will get your oils all grinding. I would go ahead and assume that this is only as exceptional as noted when sampled extremely fresh, it also helps to sample 32oz at a time for maximum boost gauge omnislash potential.

Narrative: Carl Glauber kicked the obsidian sand in front of him and exhaled deeply. He was resigned to his fate, an untimely death on a deserted volcanic island with nothing but the sweet succor of hundreds of pounds of fresh coffee beans to abate his pain. The sweet irony of dying a slow death in the south pacific with only coffee beans to live on was, he was awake for every moment of it. “Go follow the Kopi Lowak coffee beans” they said “it’s the modern day gold rush, with coffee beans!” they said. Now he was here jittering harder than an asian biochem student wondering where it all went wrong. Maybe it was the jumping in the single prop plane, maybe it was the sacks and sacks of decadent coffee, maybe- ah, who we Carl to speculate as he stared out upon the deep, black, obsidian fragments. His hands shook violently from a coffee induced dehydrated rage as he tried to insert a piece of paper inside of an empty Frappucino bottle with a plea for mercy. The bottle floated against the stern of a nearby Seattle’s Best barge and a crewmate ambled up the ropes with the message in hand. “SIR! There is a Kopi Lowak poacher writing in barely legible handwriting begging mercy for his coffee transgressions!” The captain of the Seattle’s Best barge lowered his brown solemnly, “if he chose to exist outside the coffee parameters of gas stations and dorm rooms, he deserves whatever fate the java gods have served him.” Authorities would later express amazement when Carl fashioned a helicopter entirely out of coffee beans and byproducts, only to escape weeks later and learn that he had the coffee all along. He is currently shopping his story to William Morris Endeavor for movie rights.