Happy New Year. Here’s the perfect beer to read about while you feel like shit.

This is a perfect treat for those who shy away from excess and seek moderate and balanced libation. Psyche. 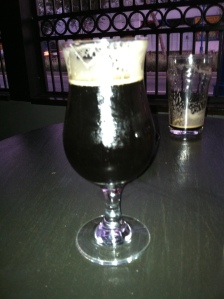 I am pretty sure that this isn't WWS, but, after drinking it, I have absolutely no recollection.

A: Liquid ink, with an angry pallour. I am unsure if ink can be pissed off, but I feel like the slight bubbles are mocking me but they rise slowly and linger as if they dont care in their murky depths. There’s some carbonation but it is spiteful in nature. It doesn’t want to be here, it needs another 5 years of rest but here I am, bothering it and shit.

S: It is like a cup of melted licorice and coffee with a soysauce kicker adding an impartial dryness. it feels like the negligent judge from the karate kid movies is just letting me get destroyed sip after sip without regard. There’s a crazy heat to the nose that isn’t bad, just feels like the colors of a monarch butterfly, I shouldn’t be going after this. 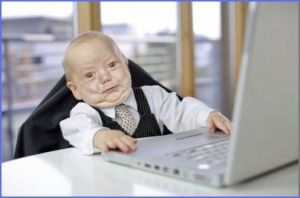 I couldn't imagine trying to get anything done after a couple of these merkers.

T: My mouth basically goes through a blue phase and 14 year old Korn fans invade with murky aggression. Tons of coffee that bodyslams the toffee notes that gets leg locked by the drying chocolate. It is summerslam 2011 in your bitter zones and there can be only one. I end up tapping out, I can’t hang with this level of coffee/cocoa abuse. There’s a nice waft of heat and sweet dryness to level off the experience. Shit was so cash.

M: Again, it is absurd and so over the top that the coating takes centerstage. It sets up some good old fashion 19th century imperialism and your molars are rife with its grasp. Be prepared to tell your friends about it and exhale in their face and let them enjoy the magic firstnose. This is the perfect beer if you want to look and smell like a negligent ass parent, great for pre-soccer game festivities for sure. 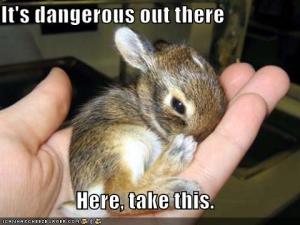 The world becomes a dangerous place with the World Wide Stout.

D: Absolute failure. No one can drink more than one of these if only on a dare or some fraternal rite of passage. I cannot imagine someone finishing one of these and hankering for another. The entire experience is a chocolate iron maiden with pin and needles just crushing you with inky maltiness.

Narrative: Guillermo had been a janitor at Falling Springs high school for over 13 years, but he held a harrowing secret. He was the darkest individual ever conceived, born with a curse. While the students saw a wayward janitor, this gentleman was born with the curse of humor. You see while he observed the students in their rakish behavior his mind constantly crafted the funniest jokes ever conceived. “Please just, dont dump the chocolate milk in the lockers…ok thank you…” His protestations were fallow seeds cast on infertile ground. No one wanted him there but deep inside he knew his dark secret, internally crafting the most majestic jokes ever, but not sharing him. That was the source of his evil, entirely depriving others of inherent joy. Guillermo was uncaring in his turpentine dispensation. He grit his teeth to suppress the complex pun he crafted and mopped the chocolate milk from the adolescent crime scene.