Odell makes some great gems. Colorado beers at large are on the come up like a Tibetan dice game. Sometimes however, wild ales get a little unruly and you gotta bring in the sour stick to get them back under control. Let’s see what exactly is Sabotaged in today’s review. 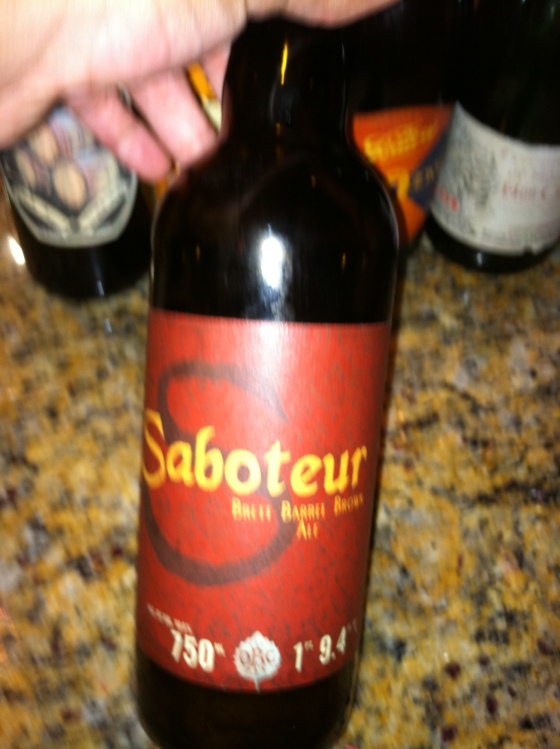 This pic be ode. No pour photos, fire up that imagination.

A: The appearnce comes off as a brown muddiness with light lacing and some ruby tones at the edges. This is a strange base for a wild ale but it looks good, all things considered. I am always wary of dark sours because sometimes the complexity makes it trip over its own bacterial shoelaces, but this one looks pretty legit so far.

S: There is a weird hybrid smell to this beer. You get two different worlds colliding at once. The first smell wafts of cherry, dark fruits similar to a quad, and some acidity. The second part is similar to almond with hazelnut and toffee. The smell is simply too busy to figure out what is going on for my feeble mind and nose. It’s like when someone puts on Godspeed You Black Emperor and nods approvingly, expecting you to love it at first blush.

T: There is a mild sourness at the outset that isn’t overly puckering. There is some smokiness but overall it doesn’t overpower or assert itself. It feels like it got pushed into a locker a Sour High School. It is mild mannered and enjoyable, if not forgetable. Again, the whole litany of things going on here makes it tough to pin down for either deficiency or innovation. You remember that dude in Mary Poppins who played all the instruments at once in the park? This beer is kinda like that, his music might suck, but what an undertaking.

This beer is interesting, but not exactly a Nightmare.

M: This isn’t overly drying but it isn’t exactly savory either. It is silky smooth but it also has some spikes and brambles to it as well. It reminds me of Rodenbach Grand Cru, but with a goatee and an eye patch. Just slightly different. It is the nuances that makes all the difference between Friends with Benefits and No Strings Attached.

D: This is incredibly drinkable and I wish that I had more of it, however, the availability and types of things I would have to give up to land this beer again make it less desirable. I could drink this beer all day, and not simply because it is my favorite style. Its complete failure to assert itself is a winning trait that makes it more likeable. Everyone needs a whipping sour you can beat up from time to time. It seems to have only Sabotaged its own chances to making it a truly memorable beer, and those Thundercat episodes aren’t gonna watch themselves.

I am not recommending death, but I would certainly say a solid 25 to life would benefit this wayward wild ale.

Narrative: The flashlight clanked and banged down 34 stories of the central air duct, setting off several alarms. Agent 301x wasn’t the best Saboteur that the Covenant had, but he was the only one currently available. 301x forgot his gloves at home and instead fashioned crude plastic mittens from discarded grocery bags. “I THROW MY HANDS UP IN THE AIR SOME TIMES SINGING AYYY OHHH” his cell phone began to clamor and resound echoing through the halls. He was memorable in his faults and impressive in his victories. The soles of his nonstick shoes squeaked loudly through the halls alerting everyone nearby of his presence. “ACHOOO!” he sneezed and accented the final noise so loudly that a janitor looked at his conspicuous face. “You again? God damnit, agent 301x, you forgot your keys again?” the janitor let him back into his own office; and the grand heist was complete.