Been getting that Vermont trim on the reg lately, keeping the farmhouse flows going. I recently dropped that Flora B/B review and I think people were needlessly harsh on what was a pretty legit, if not earth shattering, offering in the pristine Flora lineup.  Then, Flora cherry dropped this week and the things VT traders are demanding has me posted in the LOLNOPE cut with unflinching repose. But what about this rarity, Flora with them juicy plums? Let’s prune the fuck out in today’s review

Get Ticks or Dyin Tryin

If you went into this shit with expectations of seeing some frothy violet extravaganza, I urge you to actually look at what color a plum is after you bite into it. I get this same stupid fucking complaint from those cicerone assholes who judge how much fruit was used based on the srm. “You can tell kiwi herman was barely fruited BC it wasn’t even green like at all.”  This looks almost identical to regular Flora with a slightly darker orange hue to the center and a more refined carbonation. They used a weird Duchessic style flange on the underside of the cap that felt like a .38 special round popping that bad bitch open in the club. 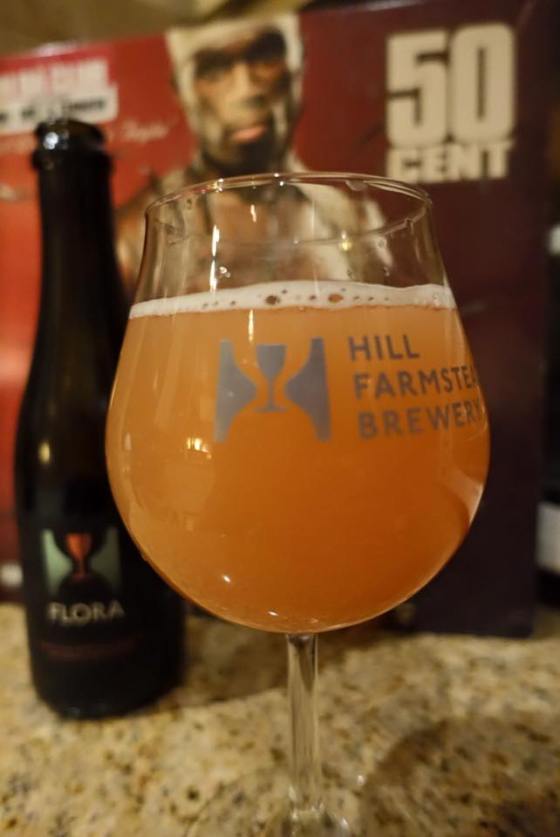 Picture me writing lines knowing Draft Magazine will quote it, when I die they gone read DDB an say a genius wrote it

The nose is far more acidic and tart than I was expecting and the pendulum swings away from gentle approachable Flora and more into the Fou/Emptiness series from Tired Hands. You get lemon, lime, wheatgrass, cut nectarines, pluot and kumquat. Oddly it finishes with this pithy Glade smell that reminds me of the persimmon beers we have all had. It is very pleasant and feels like a liquid sun-drenched hammock in intensity.

The taste delivers on the acidic threats to the point that is almost unnatural for those HF boys, but somehow pulls it off. In the mutton busting world of wrangling lacto strains, it is easy for shit to get out of pocket but this is more creamy and tart like lemon meringue and pineapple juice. It has a wheat grist to the mouthfeel that allows the acidity room to breath and contributed a frothy aspect that embraces the plum tannins lovingly. If you have ever ate a shitload of Rainier cherries you will know that sweet dryness that the skins will impart. It is intensely crushable but jockeys for your reflection, you’re getting mixed messages because Flora is wearing a low cut shirt and telling you not to focus on them plums but they are like right there come on now. 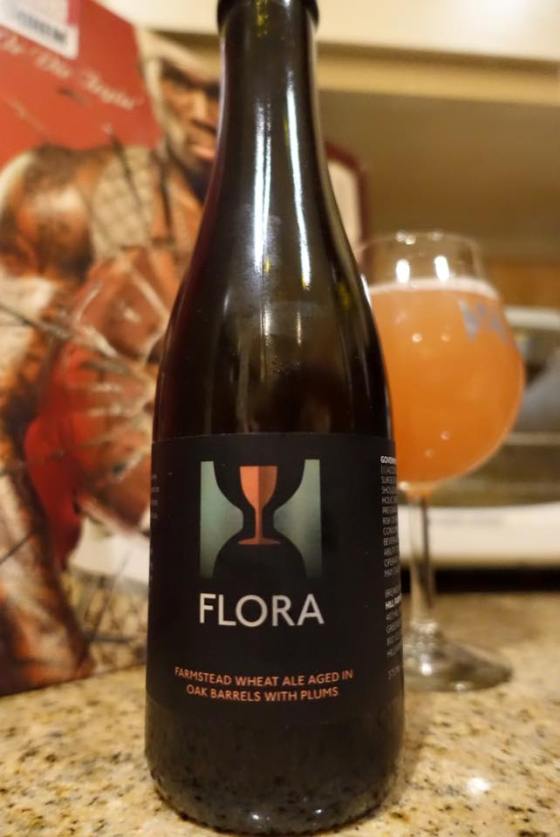 You go to the bottleshop but you never cop nothing, all your untappd reviews are shared ticks and you need to stop frontin

The Emptiness series from Tired Hands comes to mind when approaching this beer in the distinctively AWA character, fruity juicy interplay and all around intensely drinkable character.  While I enjoyed Satsuma Flora more due to its stripped down simplicity and fresh squeezed pith, I can see most people who love ramped up acidity to say that this is the best fruited beer that Shaun has produced to date. At a certain point it becomes a Mountain Dew Baja Blast versus Code Red preference debate. Both are exceptional at 6th grade slumber parties.