When Revolution dropped Boss Ryeway last year it almost made me feel bad for other breweries. Here we have normal places trying to clip along in an increasingly crowded marketplace and then we have this Chicago thrillseeker setting the curve so high everyone else gets extra homework.

If you’re a normal brewery and these 312 hucksters come out with expensive casks, masterful blending, complex beers that receive extensive aging it’s like, Jesus come on. In a field of seltzers and hollandaise cans, it makes everyone else look shittier by contrast.

Then the new Boss jacket comes out, with even more ridiculous casking, and a heavily decorated Straight Jacket as the base beer and it’s nothing short of destabilizing. Imagine you have a normal ass 5bbl system and you’re jazzed about a barleywine you made and some second use Woodford Reserve barrels and you see this. It’s hardly fair.

The beer itself is dripping in currant, red candy, Manhattan fruit leather, and such an intense spirit profile that drags like partial custody divorce proceedings. It feels the youngest of the deep woods series in this vibrant cherry cordial sense. The original brown sugar character of Regular Old Straight Jacket has been replaced entirely with waves of hot tamales, and this oddly Vinous Mourvèdre swallow.

The fact that people can just take these cans to a Blackhawks game and throw up on the ice is negligent portability. I am here for it. There’s no wax or pageantry. There’s no five hour line or artificial throttling of supply to meter out later releases. There’s no forced onsite only or a Revolution Insurgent Society. It’s just awesome beer in cans setting the standard for everyone else. Pretty shitty of them if you ask me. 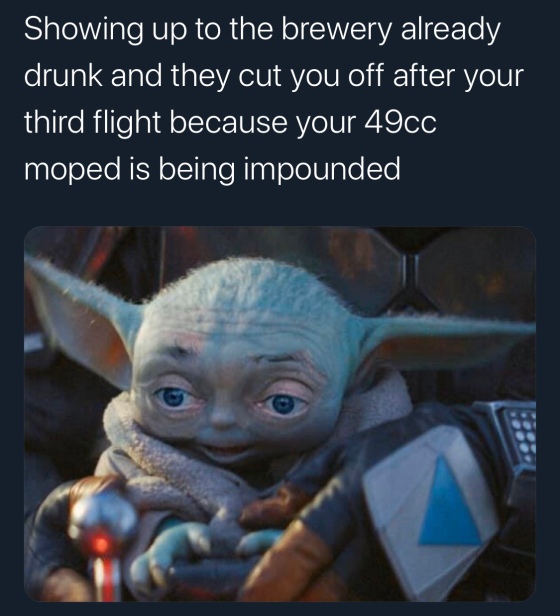