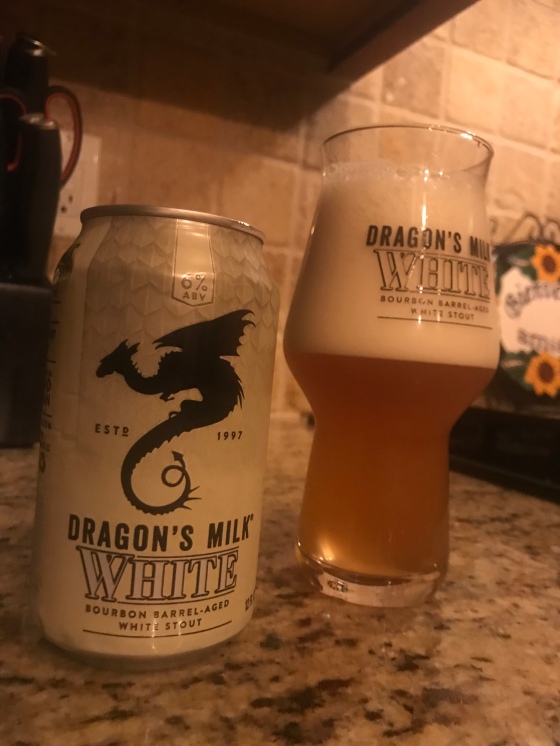 Regular old @newhollandbrew Dragons milk is a barrel aged imperial stout so imagine how my bullshit alarms went off when a barrel aged 6% white stout Dragons Milk White was announced. On paper it sounds insane, like when they create a sequel a decade later with none of the principal cast or crew straight to video. Thankfully the quirky misfit nature of this bizarre beer is actually charming. I don’t usually enjoy the genre blurring white stouts or black ipas or red whatever. If you tag a color adjective onto a preexisting Style you’re usually gonna have a bad time. BROWN STOUTS ARE HUGE. This beer doesn’t fit anywhere in a fun way. It’s frothy and has a nice gristy creaminess Akin to @noblealeworks Naughty Sauce [happy 44th anny Noble] but it does much more than that beer because it uses this tiny framework to showcase a ton of barrel sweetness and residual 50/50 bar. Orange hard candies and cream soda dominate, and it’s anyone’s guess as to where this flavor combo came from. The swallow is succinct and laconic, never overstaying itswelcome with that A&W soda cling. It’s a bevy of klunky soda gummy flavors but never becomes cloying. You can enjoy it without active contemplation and that’s fine. It isn’t some night ending experience like regular ass Dragons Milk if you chain a few of these together. This is innovation that sticks to a reasonable rubric and pays dividends through soft discretion. Excess in moderation. In the current climate of batter and purée enthusiasts, you can be led much further from Gods light. #stouts #craftbeer #michigan #instabeer #beerselfie #actualbeer 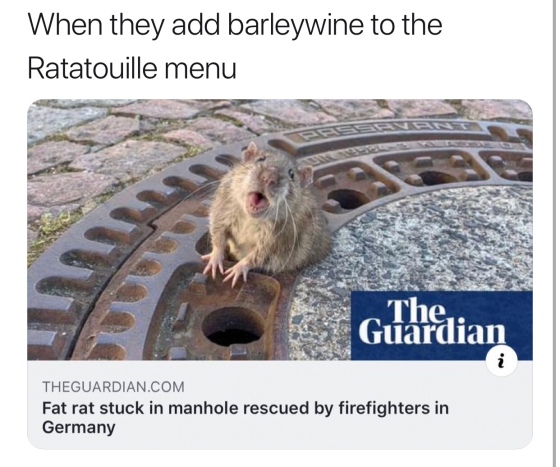