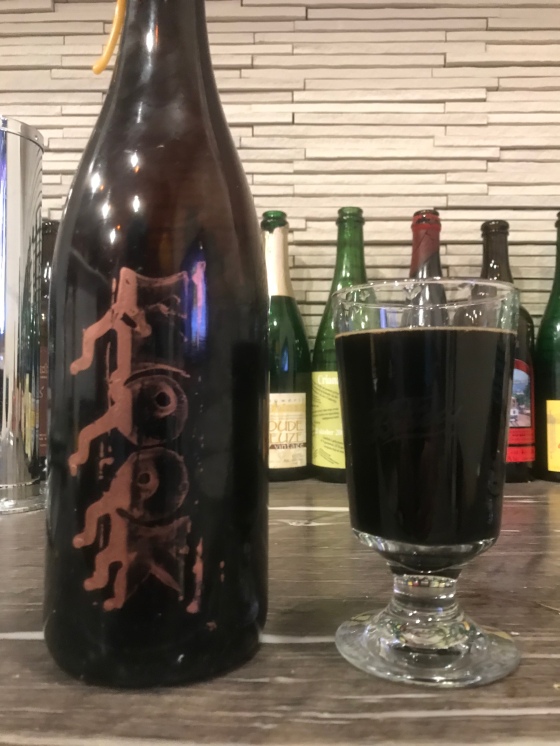 Before I tried anything from @foragerbrewery I was suspicious AF. First you had the seemingly artificially throttled bottlecount on some classic Midwest “held back bottles” nonsense. Next, I saw the label for Breakfast Nook: coconut, maple, coffee, roasted cocoa nibs, vanilla beans and cinnamon. It reads like something from the Great British Baking Show. Couple this with an imperial porter and rampant hometown favoritism and the melange of hypeboiz seemed to be complete…and then I tried it. Good god this is a fantastic beer. Let’s state two glaring flaws up top, this beer is almost dead flat, has extremely low retention, zero lacing, and the mouthfeel is languid. Imagine how good a beer has to TASTE to redeem itself from the foregoing.

The nose out of the Gates has waves of Ferraro rocher, coffee frap, toffee blizzard and a fantastic IHOP OTPHJ of maple goodness. The coffee never dominates, nor does the maple, and it operates something like that movie Love, Actually where the ensemble is better than a narrow iris. Except this is amazing and not some fragmented British romcom. The mouthfeel is thin even for an imperial porter but it never pulls the sticky rug from under the tower of jenga adjuncts placed atop. Giving less body likely improved the net experience because it didn’t give a grapple spot for the coffee or maple to completely take over, just like it always does. It’s almost laughable to praise “integration” or “balance” when you look at something like Breakfast Nook on paper, but it somehow excels by uniting an entire baking aisle in a unified sticky chorus. I just wish I didn’t share this with that old balsamicphile @beersnobbin , I could have def drilled this classy brunch solo.