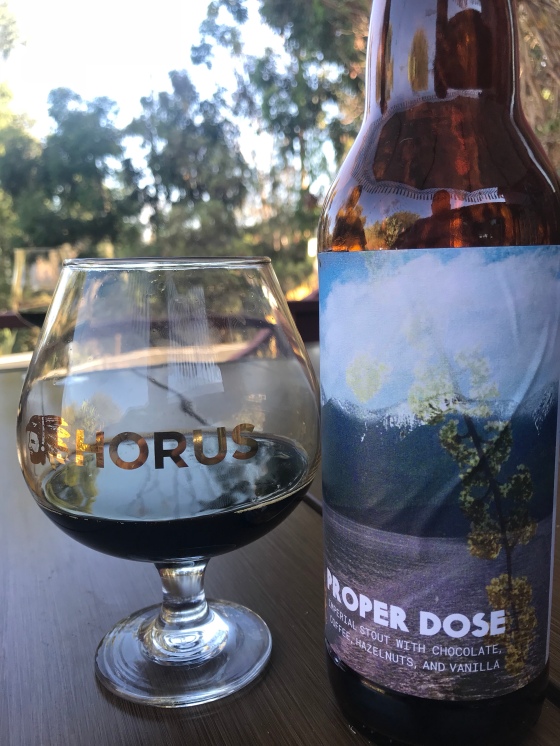 “You are Catboy!” Kyle from Horus’s daughter explained while working on a Paw Patrol foam puzzle. He had just opened Proper Dose with me in the haze of Oceanside afternoon: Birthday beers, as it were. She plunked a wooden box from below the table rim while I sipped waves of hazelnut. “This Minnie,” she noted and pressed a figurine into my palm. I was taking in the absurdly viscous liquid and trying to figure out why I was Catboy. The stout and the appellation defied explanation.

In the past week I have had numerous people ask for me to weigh in on this new Horus stout, Proper Dose. Some people want to know if $40 is excessive for a non-barrel aged stout. Others want to know my take on the post-hardcore collab. Still others just simply want to know is this petulant liquid “worth it.” 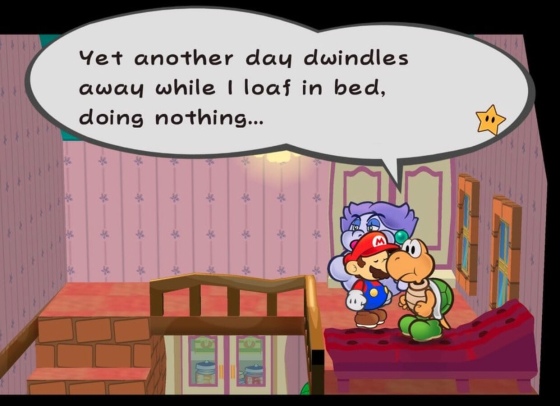 Let’s get this out of the way: ~$40 retail is expensive for any beer, barrel-aged or otherwise. When you realize it’s all motor, no forced induction, peoples’ blowoff valves release. I don’t know each person’s individual finances and a large part of the DDB satire is derived from deriding people with a skewed sense of priorities. The stout is very good. I say this not just in the realm of just non-BA stouts. That would be like being the most brilliant community college student. It swings on most barrel-aged offerings and this beer will be worse if it is barrel aged.

The typical Horus refrain is threefold when everyone inevitably whines about price: 1. ingredient prices 2. batch size and 3. free market don’t-like-it-dont-buy-it-itll-still-sell-out. Let’s deal with these in turn:

First, this beer is not coffee forward at all. The coffee is there and it is delicate and lightly roasty but its mostly on the drag. It structures the swallow, but it does not dominate. Cacoa nibs with the oils from the vanilla provide a type of residual sweetness and olfactory aspects kinda like ferrero rocher candy. The real star here is hazelnuts. It is an IED and an IUD of pure nut. When the four work in tandem it legitimately just tastes like a Kahlua Milkshake. Do you like Baileys? Because it’s fukn Baileys. That’s all you can really say about this, it’s a straight up decadent drink from TGI Fridays that a hair dresser would order. We haven’t discussed its greatest attribute yet.

The heft and cling of this is crushing. This beer had an 8 hour boil and is almost a parody of stout culture. It is thicker than an actual milkshake on the swallow and it petulantly gurgles out like EXXON crude with a cap of khaki meringue. If you think of the consistency of Angry Chair beers, then replace the sweetness with roast, here we are. I killed almost the entire bottle by myself.

I think there are something like 600 bottles of this and Horus isn’t dealing with public outcry, just 12pp to their club or whoever. I don’t know. I don’t care and they don’t seem to either. Finally, this will sell out. There are plenty of beers that sell out, is that an indicator of value though? This beer is among the best non-barrel aged stouts I have ever had and it fights in a different weight class from other stouts in general. The staff of Asir was a lactose landmine of gross granulated brown sugar, Goshawks were good, this is something altogether different, like the valley between Morning Delight and SR71, if that comparison is apt.

Is it worth it? I don’t know. What do they pay at Baby Gap these days? Some of my readers drop cases of haze cans into a Dodge Nitro with transmission problems. I am not here to tell you how to live your life. It is very good, but like everything else in beer, there is a cheaper analogue. If you have the chips, you would not be doing yourself a disservice by picking this up. If $40 has you dabbing your forehead with Arby’s napkins, birdwatching is a very cost effective hobby.

I’m still over here trying to figure out why I am Catboy. 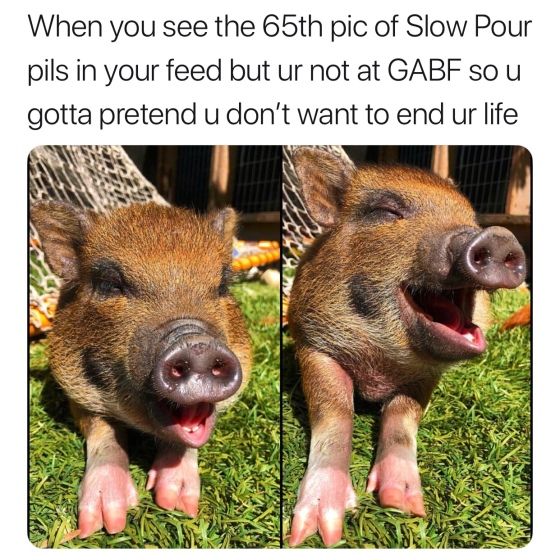