Every year I engage in this Sisyphean, self-flagellating task of acquiring the new barrel aged Dark Lord variants, and then feeling the inevitable sting of being misled by Indiana hypemasters. Like Persephone falling to the deep and eating a soy sauce pomegranate, it never fails. Sometimes you get phenomenal standouts like Chemtrail Mix or Bourbon Dark Lord, but the overwhelming majority of them are punitive syrup. I get so tired.

In 2011, I was laboring to complete the Beer Advocate top 100 Beers of Fame for DDB. This list had some exceedingly hard gems to find, and was constantly changing. It was like trying to change the 13″ rim on your PT Cruiser, while it was driving in the Arby’s parking lot. Depressing, impressive, but challenging. It was in this year 2011 anno domini year of our [Dark] Lord that the first bottled deviants hit the scene. The varying skulls and yellow wax created a fervor on the trade boards unlike anything the ISO world had seen. It was simply above my weight class, plus I was busy trying to lock down things like 2009 Southampton Berlinerweiss, a huge 150 bottle release. As a result, I missed out on the crushing whale that was Pappy Van Winkle Dark Lord. It immediately was the standout and, at the outset, it traded higher than the now wallet-shattering Brandy Vanilla Dark Lord. 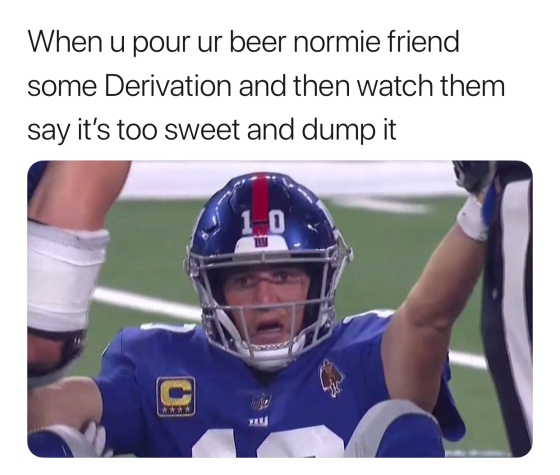 Don’t get me wrong, this bottle still moves for ~$700.00 secondary and it is still well outside of my striking range. It would take a laughable number of Monkish cans and Bottle Logic stouts to cobble together that leviathan. The point is, I had written it off as a ghostwhale. Furthermore, I contented myself with a dismissal that it WAS PROLLLY JUST SOY SAUCE ANYWAY LOL!!2!!. Sour Kikkoman Syndrome. I was completely wrong.

Let me say this now, this beer is phenomenal. It has aged beautifully and is easily one of the best beers that Three Floyds has ever made. Every aspect of it seems wholly divergent from the SPACE FORCE and French Vanilla Contrition to which I am accustomed. It never feels flabby, the residual sugar profile has actually served as a bulwark against oxidation. The entire experience eschews the brownie batter excesses and leans hard into the magnificent casking. The barrel is the true belle of the ball. It sheets with clear windex legs that strip downward leaving no khaki streaking on the glass. The taste has a dance of red fruits, figs, currant, this intense lacquer and peanut brittle that closes with a woody plum aspect. The swallow has an incredible sustain and parts of it remind me of those stout/barleywine line steppers like Anabasis that have blurred lines with extreme staving. The entire profile just commands your attention and it is well earned. There is no salinity or tobacco aspects to detract from the flawless balance. In sum, you can scarcely believe that the oft-troubled base Dark Lord was involved at all.

It would have been magnificent if this beer was bad, but it is an enduring masterpiece from an era of Megalodons unlike today’s Mariana trench depths of beer culture. I realize that giving a glowing recommendation to a 484 bottle one-off release from seven years ago is dumb. It is latently antagonistic, even. I get it. I would be remiss to not praise those Munster boys for making not only the best Dark Lord I have ever had, but an entry that is a dazzler in the global canon of barrel aged stouts at large. It’s simply that good. 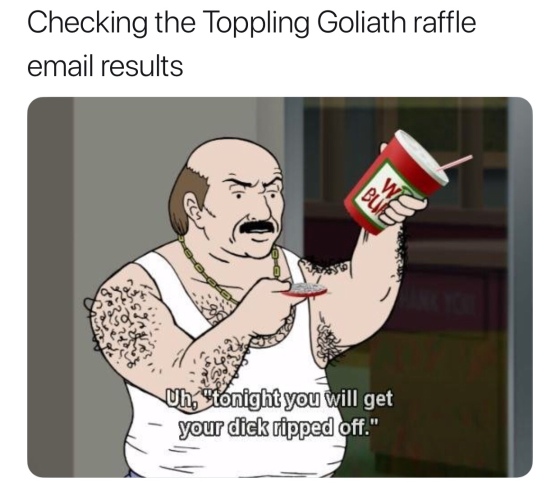