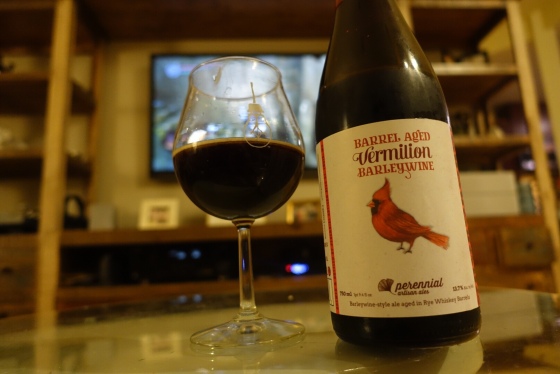 Well well well, what ratios are we discussing here? By way of recap for this infamous Life banger: b1 was a stupid 340 bottle SCHNUCKS [i didn’t make this up, that’s a real grocery store in Missouri] exclusive. It was incredible and a sort of bb4d to the massive bruiser that is Anabasis/bbbw. Batch two was frustrating because I love the dialed in body but it lacked in a substantial barrel presence so everyone came to stomp every inch [fn1] of my dick for their impressions of a completely different beer. [fn1 sizes and participation may vary.] so now we have b3 and they amped up every aspect. It’s better than b2 but too aggressive to best b1. In seeking to remedy the lack of barrel profile they went completely fucking Xyauyu nuts to the wall. It’s waves of completely bonkers muddled raisins steeped in Sherry port. It’s not sweet it’s more intense wafts of bitter cut lumber, bakers chocolate, black cherry and Dr. Pepper pruney concentrate. It’s this ramped up abv and bigger body and a wholly different rye barrel treatment that changes so much. The swallow finishes foreverrrr for a beer that previously was nerfed for its “thin” [read: Sucabaesque] mouthfeel. It’s straight up too much to wrangle at once. I very seldom complain about complexity and depth, especially in barleywines but this is that overwrought Phillip Roth [rip] indulgence in that regard. Thankfully, if you love that post modern malty panache and don’t shy away from one of the most complex big beers from the last year. This is an excellent problem to have and I will peel these apart and listen to the criterion collection commentary a million times before I settle for the innumerable waves of cashgrab bullshit I usually have to wade through. More Orenstein less Smough.