Kuhnhenn is a Warren, Michigan brewery that exists north of the wall, and the North always remembers.  For those who have been in the game for an appreciable duration, Kuhnhenn Raspberry Eisbock has existed as a mainstay, a thing of legend.  From the 2004 lightbulb bottles to the recent then-staggering $30 per 375ml, KRE has been a focal point in the strong lager/fruit beer game. Next, they dropped 250 bottles of the mind-blowing Blueberry Eisbock and reinvented the lager game from its foundation.

The polarizing nature of Kuhnhenn’s strong beer game is well known.  Some people simply cannot take that sea salt caramel shot to the vest that is Bb4d, others wince at BBBWs and continue to do 90 minutes of level 1 on the IPA elliptical.  The rest of us are here to embrace the heavy lifting and intensity that Kuhnhenn presents, nay, requires of its patron base.

This is what your glass will look like after wrangling these “15.5%” abv lagers.  I find it immensely interesting that despite a rest of 18 months in casks, the eisbocks each did not gain a single point of ABV saturation.  It’s almost like the Kuhnhenn labels are inaccurate to some degree.  After a single bottle your ears are stop sign red and you are on Amazon ordering blu ray copies of Pluto Nash, but it must just be your low tolerance.

When those Warren boys released these three at 1pp for $50 a bottle, the EBT poverty tier contingency blustered at their hypothetical purchase that they weren’t going to make in the first place.  I love this offense-by-proxy model of beer consumers, dudes who inhabit the Two Hearted orbit suddenly blustered by the isotopes in the outer spectrum who are drinking not only insane Eisbocks but barrel aged eisbocks.  To those armchair cicerones, I inquire as to what a barrel aged eisbock like this SHOULD cost? What are the market comps for such an item? Kindly rattle off a few comparable, readily available BA Eisbocks that makes the price of these shock the conscience.

First and foremost: being the “worst” BA eisbock is like being the “ugliest” Suicide Girl. This beer is still unique, amazing, noteworthy, compels pause and contemplation and you are markedly changed after the experience. The gradation of quality is like scaled aesthetic: Mount Shasta is still pretty fucking tall, just not as tall as Mt. Everest.

This beer, at is core is a massive, nimble Barrel Aged Barleywine/HGH Old Ale.  Allow me to allay the all too predictable “BUT THIS IS A LAGER AND CHARLIE PAPAZIAN SAID-” I know, I get it, you know the difference between fermentation cultures, participation trophies doled out with careless abandon.  This TASTES like a ramped up version of BB4d, with intense barrel, chocolate, caramel, vanilla scone, macaroon, coconut beignet: it is the bakery gentrifying your previously Hispanic neighborhood panaderia.

Now imagine an intense, syrupy, promethazine meets Bordeaux berry profile that lingers like an elegant blackberry reduction.  This is like a candy painted sidecar tacked onto a Hayabusa, it’s so much to wrap your palate around.  The berry is so thoroughly dominated by the barrel and booze that it is a loving, supportive stepdad that watches the tap routine even if he doesn’t understand it. You get that IHOP cunnilingus of berry maple, a torani pump into your bourbon frap, and somehow, you can finish this entire 17%+ beer to yourself. I believe in you. It is exceptional and quite literally nothing exists remotely close to this, and you can’t do some retrofit french press hack job for your mouthbreathing facebook group to approximate the experience: and this is the shittiest one.

To be honest, I don’t love the base KRE. I will usually share it with brewers and watch them furrow those alluvial fans of wincing crows feet in reverent apprehension of that glucose bomb.  This beer however, is an entirely different affair.  This is like when a car company so thoroughly overhauls a base model with an insane supercar version that the two share almost zero lineage beyond air conditioner knobs in the cabin.  Gone is the drippy crystalline structure of rock candy and reduced raspberry preserves.  In its place is Kuhnhenn BBBW that has just stood tall on a ten year bid.  You pick this up out the joint and it has a raspberry face tattoo and it is swole as fuck with a silent booze and oak power telling you to “say it with your chest.” 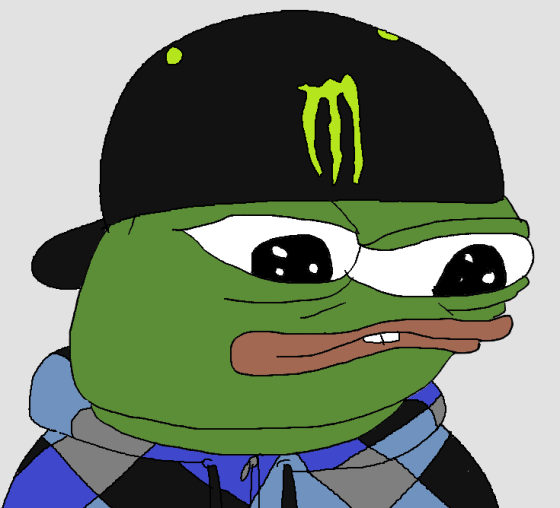 TFW you share god tier beer with a babypalate.

LIke the BAKBE, this has a fruit counterpart that works even better. The caramel lends itself to the tartness and lightly sweet robitussin like if you made an ice distilled Sucaba, those red fruit notes bursting from the seams like a carryon that is clearly outside the dimensions of what is acceptable in the overhead bin.  It exudes power and complexity, the eros on the palate deconstructs itself like layered corkboard, you peel apart the fusel layers like Grand’s biscuits.  Toasted rye, sweet pecan pie, bread pudding, creme brulee all adorned with a sticky Smucker’s acoustic guitar lending structure to the power of the chest syncopating rhythm of the barrel slamming: and this isn’t even the best one.

I had the prior two iterations and felt absolutely compelled to try the base beer.  The base is what I loved the most from these BA offerings and holy shit, this was a dizzying new plateau of barrel gymnastics and lager massaging.  Since they only made 90 of these, this was no fucking easy task to track down.  After several failed ISOs, Brian ROoney finally helped old Subbydoo out.  Needless to say, this was absolutely staggering and I would be shocked if this didn’t land squarely in the DDB top 10 for 2016. There is nothing like this.

Take the grace of 2013 Adam from the Wood, that lacquer and intense saturation, Eagle Rare meets George T Stagg in lager form.  It is the paradigm of innumerable mixed strains at the dispensary and you almost think weed is getting too strong, and then you tell your friends that this is a lager.  It evokes more power and grace than the most adjunct laden beers on the market, has such a svelte elegant structure, like the sinewy pilates shoulders with an underlying vascularity that connotes poise and coordination beyond grip strength and dexterity.

MAN YOUR OWN JACKHAMMER. MAN YOUR EISBOCK BATTLE STATION.

If Donald Trump is the posterchild of stamina and demeanor, then this is some Cam Newton educated on Thomas Pynchon shit. Nothing can stagger the lively oak and mild oxidation of the wood, the weak palates will wince and grab pedestrian pejoratives like “LOL is ths evn beer at this point” “is like a liqueur amirite” and you can nod at their fumbling weakness, inability to engage the core and embrace waves of breaking butterscotch and toffee, raisin and plum coffee cake soaked in Thomas Handy.

This is some post-storyline, final dungeon tick.  It is a culmination of the prior strong ale skills and apprehension you have cultivated to pick apart this multifaceted 9×9 sudoku puzzle that will mystify your senses. It is so god damn dialed in, the spoon of brown sugar is mixed into the thinnest of grits.

Since someone will ask for a global perspective, ordinal adjectives being king in modern parlance, here you go:

You get it, now I get to field complaints about how DDB is elitist for celebrating $50/12oz 90 bottle run offerings. As though those figures someone predetermined the sheer quality of the contents attendant thereto.  This is my life.