Wren House, another Arizona upstart in this lineage of nuanced desert dwellers who have been turning out uncommon riffs from a traditionally under-serviced area.  If I wrote for Paste I would make some tired pun about “THE BEER DESERT: HOW ARIZONA WILDERNESS AND SUPERSTITION ARE MAKING 15 NEW WAYS TO WREN HOUSE” or some shit.

Wren House previously sent me growlers and their porter was pretty tasty, akin to Founder’s porter, but since two of the growlers were damaged in transit, I have been waiting for a valid sample to review. WELL THAT DAY IS TODAY. 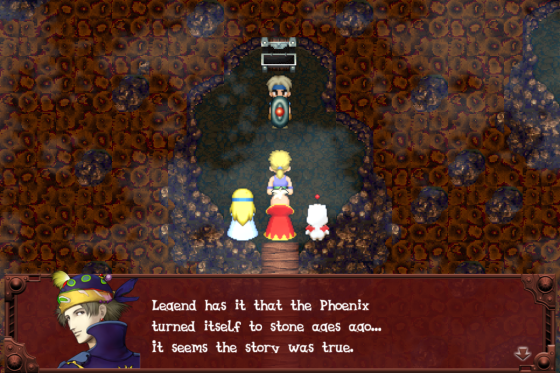 So their barrel program is bubbling along and their current lineup is interesting without going to abject gimmicks, so what is the hook? Why should I give a fuck about Jack Nicklaus golf courses and orange faced sandnomads with halogen white hair extensions? Their stout game.

When they sent me Who Hit John, I was like “great a $30 growler for a 8.5% non-BA imperial stout.” Admittedly, in the realm of being spoiled with every palate of black to mahogany of BA stouts, it takes a pretty stellar naturally aspirated imperial stout to get my needle to move.  This beer takes me back to the days when Abyss was still thrilling and Kate the Great was a relevant quantity.  It has that anise, that simple two dimensional roast meets black licorice, and a clean crushable swallow.  The first time I have Kern River Class V or a vintage Stone IRS, that’s where this simple beer treads.

In a class almost entirely overlooked as “unfinished” or “pre-barrel” in today’s competitive market, there is a degree of GRIMM intentionality to the execution of this beer and it shines on the foundation of clean lines and simplicity, like a toasty, brownie batter 911. Rye bread and pumpernickle with a mild mild sweetness round out this gentle baby centaur. I honestly don’t think that barrel aging will improve this beer because it is so fun as it is, a stripped down racer that hearkens back to the 240sx days of roll caged stouty goodness.  I am not saying actively trade for this, or go apeshit trying to land it, but it is indicative of their capacity to brew focused clean beers without gimmicks.  Which is why this gimmicky shit gave me immediate pause:

OLMEC, the antithesis of simplicity and an additive breakdown that is almost compulsory in today’s market: vanilla, chili, and cocoa nibs.  BRB taking some Lunesta.  There’s innumerable ways to fuck this up and the fact that it is not barrel aged is what surprised me most about how well done this beer is.  I seriously don’t know of a non-BA “Hispanic Stout” executed with this degree of care and balance.  The mouthfeel is manageably hefty and it feels like the non-BA version of the inimitable (&+) or Thursday.

The coating isn’t milky or sloshy, it maintains a satin soft frothiness, murdering out your gumline with matte black chili tones.  The spice enters first but is more of an expositional character, setting the stage for whoppers and nougat, but the entire affair has the restraint present in Great Lakes and Minnesota Town Hall/Central Waters stouts. It has balance but without sacrificing depth.  This isn’t cunnilingus in a waffle cone factory, it has levels and remains entirely possible to drill an entire growler before you shift at Foot Locker.  Feided on that bean lookin like a barcode for 4.5 hours bc no meal break.

This beer you should absolutely seek out if you want to see the middle-specialization between the chili poles from Huna and the excesses of base Mexican cake.  As a caveat, if this is like “$25 hydroflask + $30 fill” then maybe slow your roll, but from a purely taste perspective, this is a fucking incredible base beer.  Srs.

I am informed that this went into barrels and my concern is that 1) the beer thins our further and loses the panache of this awesome base beer or 2) by that time DDB ruins shit and those bottles are a bitch to obtain.

Either way, MY BODY IS READY.