I spent Saturday getting caught up on miscellaneous ticks that, when reflected upon separately, don’t deserve their own post. As an aggregate, it’s just enough to shovel turds into this poop furnace of a website, so let’s consider these wholly discrete and totally unrelated beers, FOR SCIECE

Jester Ling figlet, a saison with smoked figs, prepare that dusty balloon knot for this one. I thought this was going to be a rauchey tire fire nightmare but it was basically a faintly tart/smoky Biere de garde. No egrets.

It has a faint acidity underscored by a caramel Martinez that provides structure and body kinda like a toasted Flanders red in a way….a session oud bruin? Does any of this make your loins tingle? It was fine, none the worse for wear.

We all learned something on that fateful day. 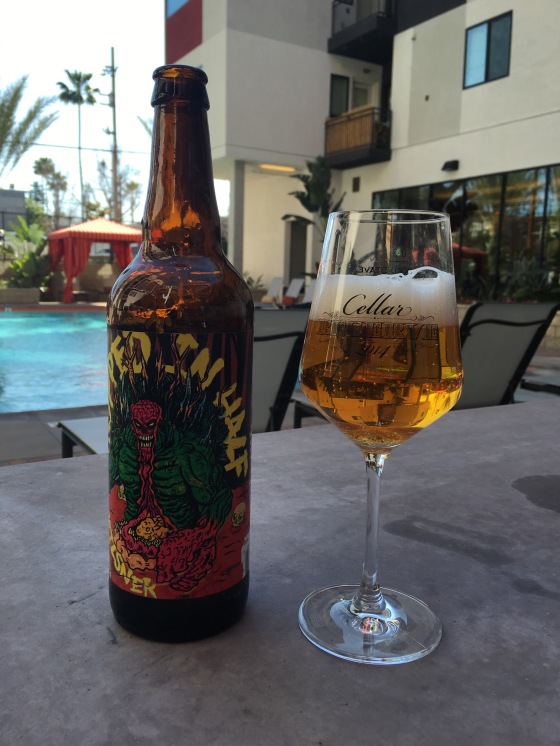 Three Floyd’s hopped in half, ridiculously hopped session pilsner. This seems to sit so squarely in those grind core brewer’s wheelhouse that it was a near impossible feat to fuck this one up. And they surely brought something of note and quality to bear upon the market. It is intensely clean, crushable, a touch of ritz cracker with mint jam, herbal and bready sweetness slap boxing in syncopated rhythm.

It’s no Humulus lager or Jacks Abbey offering, but if these bombers aren’t the usual $11.99, then the Midwest just scooped up a solid new hot weather go to, to break up the endless Spotted Cow/Moon Man ticks.

Grand Blanc,typical degarde shit but with Riesling grapes. If aliens were trying to fit in with the most unremarkable de garde beer clone, they would make this. It has the limited crackle and sustain of the usual tillamook joints, an acidity that is bordering on mildly acetic, with some sweet white grape to add a bit of depth to what would feel like something procedurally generated by Trevor with whatever was laying around or source able on short notice.

It’s like some top chef shit where de garde had 4 months and Riesling grapes to work with and rolled this out. It’s not bad or inherently flawed, but after 6oz I was set, didn’t need the criterion collection analysis with barrel master commentary. 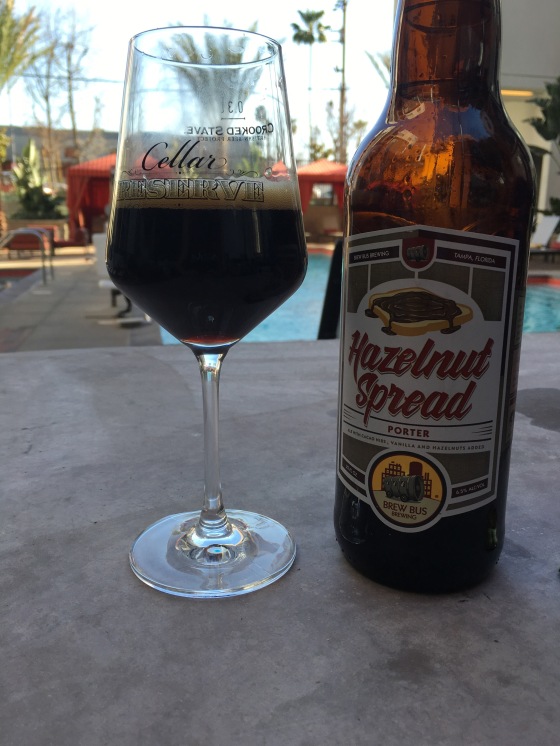 Brew Bus Hazelnut spread, porter with hazelnuts added. Guys stop the FUXKING presses, a brewery in Florida added some flavoring additives to a porter. I’ll allow you to ice down your hip as you no doubt just fell from your chair. This is dialed in, thin, a frothy traditional base beer with a sticky Nutella spoiler tacked on to reduce the drag co-efficient.

The nose and swallow has a touch of a metallic torani syrup and pennies dropped into nestle quik. If funky Buddha wasn’t doing this shit so much better on the low end with Cycle killing the competition on the high abv end, this gets lost in the fray. 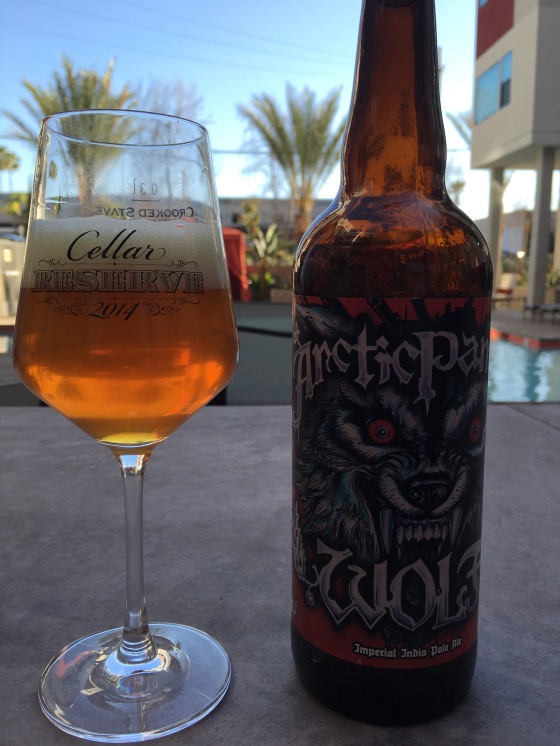 Arctic Panzer wolf, same as it been doin. I like to circle back around to old favorites in light of turbid milk ipas being in vogue. This is still phenomenal and relentlessly aserose, dripping in conifer and sticky honey and cut lumber. All these years and this beer is still so fucking phenomenal, no treehouse or trillium pageantry necessary. I never hear anything about these old stand bys, and you should absolutely track down a mixed box of the “pedestrian ass shelfers” because three Floyds has suffered no dip in quality in this realm.

HUB noggin floggin, Ridiuclously hopped American barleywine. I hope you like flabby malty sweetness galvanized by arugula and scallion bitterness. This is like a beta mode version of old numbskull or the pawn star brother of  venture capitalist, gratitude.

This is my second favorite style so I am wont to needlessly excoriate entries within this realm. Do you remember Avery hog heaven? Did you love those bitter, salted caramel dipped in vape oil tones? Well here you go. 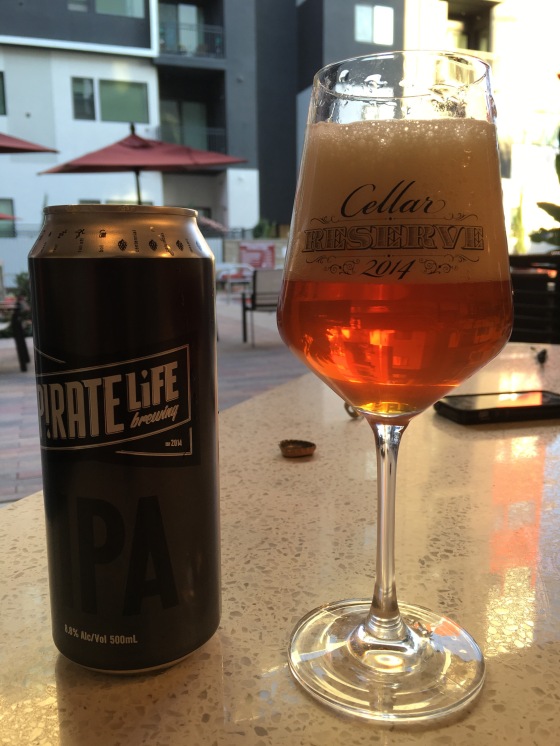 Pirate life brewing dipa, Australia is one of those locations that historically has been a hotspot for beer and classic drinking culture, but the reality is akin to Ireland in the heavy taxation, ridiculous oversight, governmental regulation, and savage import duties laid across the board ruining shit for the consumer. So imagine what a stir it would be in that climate to roll out a local, solid as an 8th grade erection, dipa. This is not some historical throwback or a weak approximation of what is hot in the streets of the American northeast. It is refreshing in the crisp romaine with lemon drizzle body, some lingering scone grist on the swallow, that grapefruit oil in the mid body: it puts in work across the board.

Usually when someone sends me an “exotic” beer, it’s some decade delayed reverse engineering of pre existing stuff that is super exciting for the population of Iceland or wherever, but not relevant in a global scope. This is not the case here. Pirate Life is a new benchmark for Australian innovation and an awesome step in the right direction for a continent of gorgeous beaches and punishing arid desert grasslands. The excesses are attendant thereto in style and scope.

There you go. I did my due diligence, now back to frustratingly playing The Witness and remembering that I have a primate cranium.