An elusive lambic one off made the Three Floyd’s European facility, Drie Feonteinenes? You know DDB had to give nana a smooch and taste them sherry tonez: 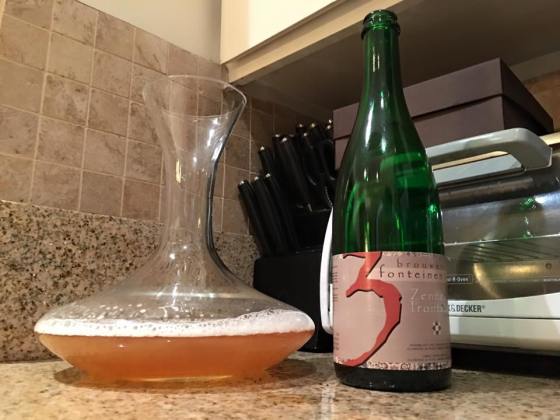 At the outset you probably assume that DDB is drinking out of a vase to be a demonstrative asshole.  Ah yes, that timeworn paradigm, drinking a $500 beer out of something nonstandard to degrade the beer and concurrently demonstrate a modicum of superiority, as trite as the summer day is long.

So what makes this beer so decantable? THEM OLD, WITHERED SHERRY BALS:

“Zenne y Frontera is a unique creation from master-brewer and geuze-blender Armand Debelder and maître-sommelier Andy De Brouwer. This natural millésime beer is a blend of young lambics that have been aged for another 12 months in 40 year old Oloroso and PX sherry casks. Thanks to the long maturation, the geuze-like notes of our authentic 3 Fonteinen lambic are well accentuated by the typical, fine Oloroso and Pedro Ximénez characteristics. By gently decanting the Zenne y Frontera, the aroma of this unique lambic will evolve from vividly tangy to a complex nutty and fully fruity bouquet.”

THIS IS MOAR RARE THAN RARE.  40 year sherry casks > 35 year Heavens Hills barrels, do the math.

So at the outset I was circumspect of degassing a gentle lambic, but holy shit this beer became pillowy and sublime.  The look has that ruddy, wheaty, gristy orange and copper haze like many of the usual 3F goozies, but the carb just has this frothy whip to it like furniture stuffing.  The sheeting even in the decanter was substantial and clung harder than a Samoan preteen being sent to weight-loss camp. 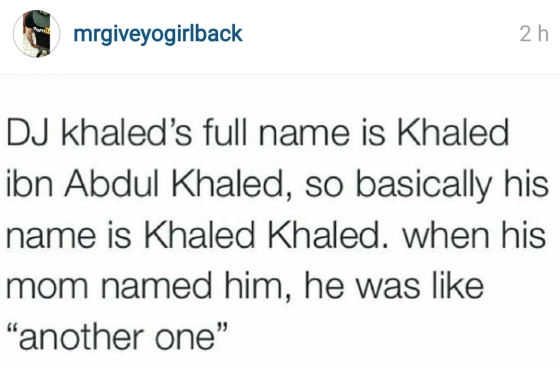 rare lambic? ANOTHER ONE.

The nose is amongst the most complex you could ever demand. This honestly is the entire reason for this beer and decanting it takes this gentle flower and unpacks the strata of mineral spritzer, chalk, figs, morels, deep port wine tannins, and this long earthy closer that is more fall than even Herfst presented.  It is autumn incarnate, and absolutely flawless.

The taste after decanting was far more gentle than I anticipated and never once crackled along the gumline without restraint.  The acids rolled in a cheesy grist imparting those deep merlot meets grapefruit pith, closing long with that alkaline drip of snorting rails of lambic that has never been stepped on.  There is a residual lip smacking dryness that tastes older than it actually is, the elements of thrift store and attic underscore the dustiness of the fragile antique.  Again, it never overstays its welcome, nor does it put up any fruity pretenses.  It is refined in every aspect and easily one of the finest lambics I have ever tasted.  I would have enjoyed a bit more middle carb and pop to the mid-palate, but i fucking decanted it, that’s like wishing for a backseat in your lambo. 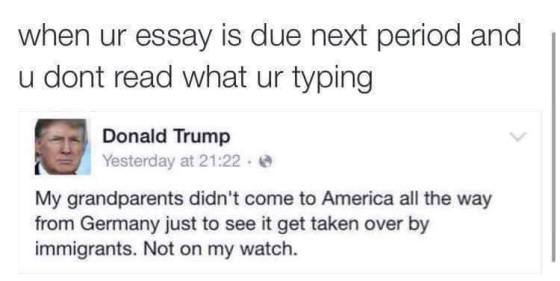 This is that sheepish moment where I “suggest” you go track down a 600 bottle, Belgium only release that is reselling for hundreds and hundreds of dollars.  “Thanks DDB, go bang your Jar Jar Binks fleshlight.”

ONE STEP AHEAD OF YOU.