The winds of beer nerd favor are as capricious as the hormonal shifts in a prenatal spouse. Prior to Fundamental Observation (B.F.O. Era), this old chestnut Darkstar November was largely imperceptible to the sideways glances of rapacious hoarders. During the prior release I had myopically characterized Bottle Logic as “guys who put things in things” and viewed an adjunct free release from them as highly circumspect. 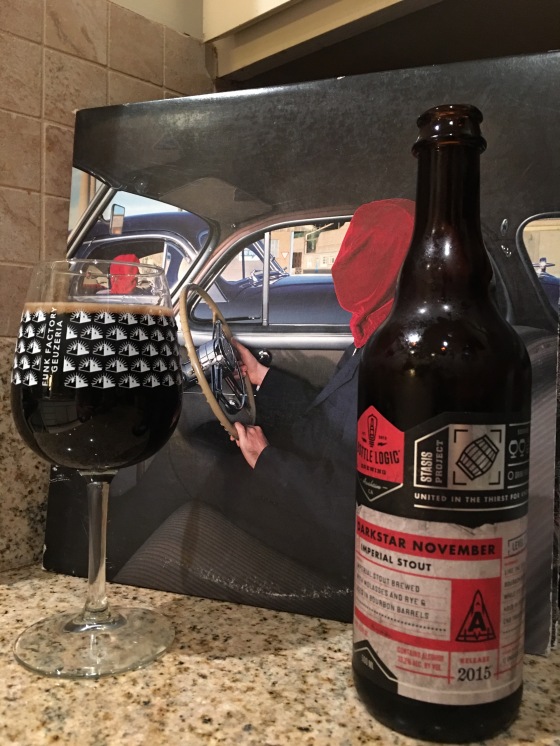 The b1 came and went, and all was well in the Orange County beer scene. Then magic bean activity ruptured the vanilla plates this year, sending tectonic waves of macaroon reverberations to shatter the gentle repose previously enjoyed by those unaware of the oily threat rumbling beneath. Fundamental Observation shook the gentle community to its core, never to enjoy that saturnine calm of preimperialism.

So now we revisit this gem, not Kentucky Darkstar, not dark lord, not November Rain: Darkstar November. This is the Putative/alleged “base beer” of Fundamental. I view the allegation that this is within the same lineage with cautious appraisal. The sheeting and heft of the pour looks similar, viscous Penzoil body intact. Even the base stats seem congruent, but the experience of the DN in the nose and milieu that it presents seems like a wildly different endeavor.

The nose is a vast improvement over the b1 and seems to push the rye [character from the malts I realize that they did not put rye bread or add actual rye spirits to this beer, I am referring to the olfactory character and making no warranties about the actual ingredients attendant hereto], roast and depth to the bitter chocolate [id, ibid, cf n1. Supra] present in the beer. The nose angles more towards a European/Mikeller/burnt toast and Nutella sort of presentation that seems out of place and a welcome rejoinder to the current state of American stout affairs. Instead of the sweet tootsie roll and brownies attendant to landlocked swing states, this goes for a light smoke and leather that lingers like a Cohiba burner.

The taste brings some faintly decadent confectionary notes to temper the burned marshmallow present in the nose. The mouthfeel has a frothy whipped batter coating that seems to burn away in a wave of rye spices that makes this noteworthy, albeit not my favorite stout of the year. 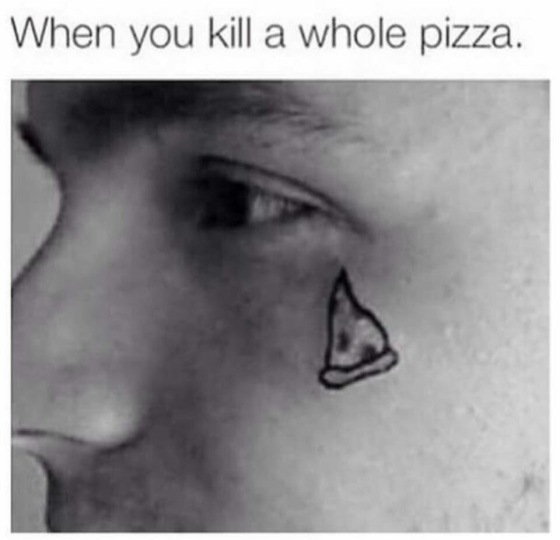 I need a 500ml outline under my eye

It has the traps on full swole, biting that robusto, doing naked diamond push ups in the Willett rickhouse. This might drive some people to tumescence, but for me I am left with a feeling of “pretty good” but falling short of genre-defining apotheosis. I welcome anyone not prattling out the same benchmarked wares and you should probably try this if only to calibrate your palate toward a transatlantic adventure. This is Stormskatporter on Bane serum, black vascularity throbbing through that spicy circulatory system.