Man this single IPA has been ruining my life for upwards of three years. I remember this popped hot on the scene with twin desert eagles drawn back in 2012 just popping .50 shells into the trade boards, fucking with trade values like JadaKiss and D block. So after 2 and a half years I finally landed a growler of this elusive draft only quacker. Let’s see if other breweries have caught up with this world class peep in the intervening years. 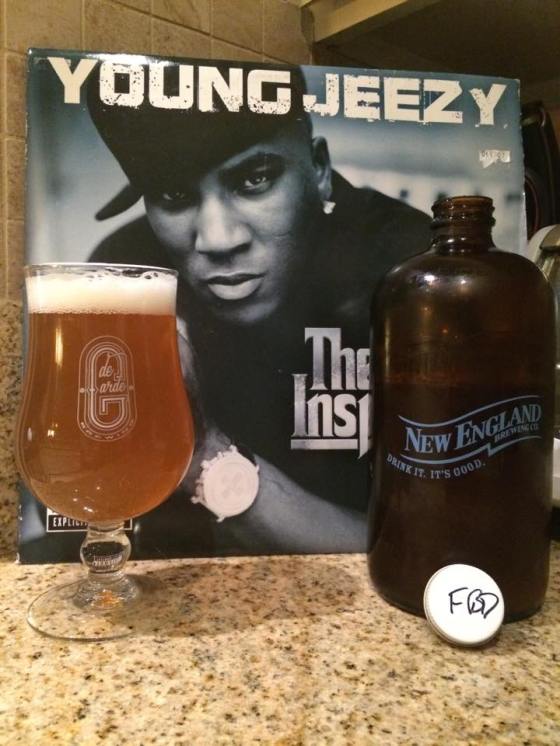 DDB the realest ticker in it you already know, got sipper of the year 4 years in a row.

T: This follows the citrus profile in a substantial way, oily and sticky hops create a melange of grapefruit and pineapple that pulls the E brake and J turns into a resin alley. The finish has nothing akin to the opener, like that movie Inherent Vice. It closes with this aserose and pine, a resonant conifer on the swallow. WHERE DID THIS DOUGLAS FIR COME FROM.

M: I get surprisingly little duck on the mouthfeel, I wonder if they just dry hopped with infant ducks or if it was supposed to be in the boil. I can imagine the production costs would go through the roof, defending this against PETA, tossing live freshly hatched chicks directly into 150 degree sparge water. The mouthfeel closes dry thanks to the residual tufts of feathers and poached bills and tiny duck feet. It is exceedingly dry and oily, as is to be expected with a carnivorous IPA.

D: All duck jokes aside, this shit is so so so crushable. I drank this entire growler when I wrote that 1200 word 18th street sophmore saison review and got all manner of faded. I told my NEBCO hookup that a 32 ounce would be sufficient and just like getting pegged: BOY WAS I FUCKING WRONG. You could crush this all day while whipping up baking soda on a Foreman Grill. Someone needs to explain to me why they still bother canning that horrendous Sea Hag when this exists? Take all the money from G-BOT, cancel it, divert all funds into making nothing but this beer. No satire here, I am serious this is top tier, area dominating IPA without competition in the segment, unless Vermont starts flexing hard in the yard. This trades for absurd shit, not unlike Citra, and it is well worth it. I give this 9 out of 10 duck eggs.

DDB is the ticker that queefs in the night