Oh man, DDB is dusting off the old vinyls and bringing out the classic jams. None of these whaley adjunct stouts or mid-90s extinct beers in today’s review, just a classic, delicious trappist ale. I know many of you almost just unsubscribed in disappointment. To appease the whaler contingency, I am reviewing the Westy Green cap: 2006 edition. That 8 year old bottle make you feel some type of way.

Let’s hit the monastery for some hot blondes in today’s review.

A: This pours a relatively thin, hazy straw color with nice frothy bubbles like the soap in the Sir Mix a Lot “Put em on the Glass” video. The lacing is nice and sheets in wispy thin ropes not unlike an underfunded retirement party. The core is pretty radiant and the whole thing just comes across like a baby saison, sucking on that farmhouse pacifier in the perambulator. 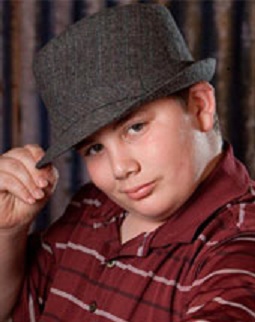 Reviewing Blondes, Meanwhile, there are still dipshits on trade boards acting like Huna and Black Note are walezbro.

S: The ratcheted down saison vibes continue and the execution is quintissentially belgian. In American parlance you order a blonde and you get pale malts and pils, like some boring kolsch. This is not the case here, there is a substantial honey and clove, light grassiness like Foret in a way, but cleaner, the beer closes with a cornbread sort of waft that is inviting. It’s like a delicious trip down the bakery aisle if the bakery was outside, after the lawn was just cut. FANTASY BAKERIES.

T: This tastes clean and carries the honey crescendo with gentle spice not unlike coriander or white pepper, touch of pale sweetness, zero hop profile, and the belgian esters provide a sort of half hearted banana bread finisher, but the whole affair is just gentle like the orderly wiping your taint with the utmost of care. It is a very pleasant beer to drink and comes across like a sessionable farmhouse, which is something this world is always in dire need of. If you have had some of Stillwater’s low abv offerings like their table beer, THIS SHIT or any of their belgian singles, you know the drill. It is a clean crisp bite into an Anjou pear and you will probably cum.

Sometimes you can just enjoy a simple blonde ale and not dedicate your whole life to it.

M: The mouthfeel is incredibly soft and washes away clean with a gentle water profile that leaves pillowy clove and a honey wateriness along the gumline, just exceedingly comforting and intensely drinkable. The age on this was exceptional and lended to profile the drinkability at the expense of the “brightness” I am sure, taking it away from the realm of a Belgian Pale into the infant farmhouse execution, light musk in the closer, I am 100% ok with that. Obviously take any deviant but I would recommend these with a lil age on them, having had this a whopping 2 times in my life, I am clearly a fucking expert.

D: This is more crushable than a position at a Recycling Center. You can put these away endlessly, avoid a huge buzz, avoid a huge hangover, pilot your Eliminator, put it in the cupholder of your quad or whatever things people do when they aren’t looking out the tiny basement windows into the world above. I want more of this but I am too lazy to go get it, plus i feel like I and rimming myself when I seek out hoppy or sessionable beers for trades. Whenever a growler of Live Oak Hef lands I am like “ALRIGHT! Live Oa-” and all 2 liters is gone. I have no self control and this beer will prolly make you touch yourself, but like that, it will be over quickly and you remember you have laundry in the dryer. So everyone wins with this beer, I guess.

At first you may think this beer simple, but then you fall in love with its strange complexity.

Narrative: Maxime shivered and watched his breath cascaded out in lingering mist. Belgium never seemed so far away as he looked out upon the expanse of the taiga belt. His breath came in wispy mist and he thought back to the Pajottenland Just north he could see frozen scrubbrush and south he saw his task at hand: lumbering. Mile after mile of looming coniferous enemies, waited to be felled. His members only jacket provided minimal warmth and made him long for the oppressive heat during the days that he would harvest palm hearts. “MAXIME! MAN THE FELLERBUNCHER AND START WORKING ON THE LICHEN AREAS!” He knew that he was a competent lumberjack, but he longed for his lumber jill, Oceane, left behind in his home land. He would serve amiably in either profession, but he could not help but feel a bit out of place under the watchful eye of the demanding Canadian foreman. At his core, he was simple industrious Belgian man, others might overlook his clam demeanor, but he was a wonderous man capable of felling Palm and Gymnosperm alike.