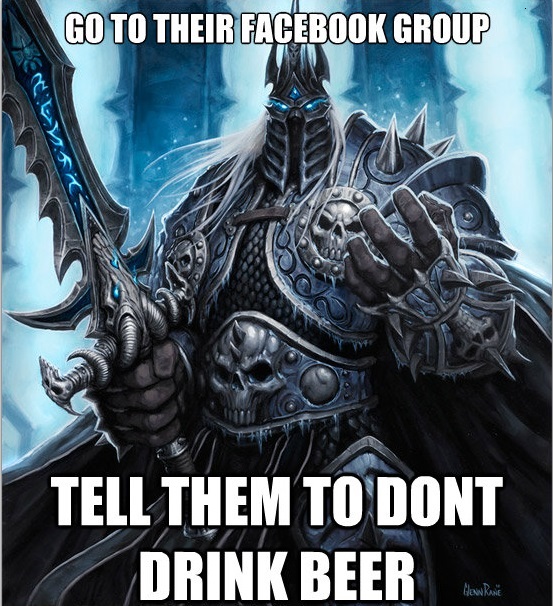 When Ner’zhul Brewing attempted to escape MacroDraenor, he was immediately apprehended by the demon brewer, Kil’jaeden, who enacted the blood pact that Ner’zhul Brewing had sworn many years earlier. Kil’jaeden ravaged and destroyed his brite tanks, but kept his spirit alive and encased it in a block of malt from the Twisting Nether Fermenter. Kil’jaeden granted him increased shelf distribution, including that over craft beer itself. Ner’zhul ceased to exist, and the Craft King was created.