This brewery has dropped a legit blitzkrieg on the trade boards and the offshelf distro world in general. It seems like just months ago I was sipping on the only available beer, Prairie Standard, suddenly places are getting like 10 different offerings overnight from these Okies. Their saisons were a legitmate experience, the hoppy offerings are clean and refreshing…but what about the dark side? Often times when someone is super cutty at the farmhouse world, they go to shit when they try and run a hook and ladder into the chocolate malt world. Remember when Jester King rolled out racksonracksonracks of “farmhouse” stout. Belgian Black Metal sounds like Vampire Weekend. Anyway, this is a huge stout with a list of adjuncts longer than my dick, LET’S SEE IF IT HOLDS UP. 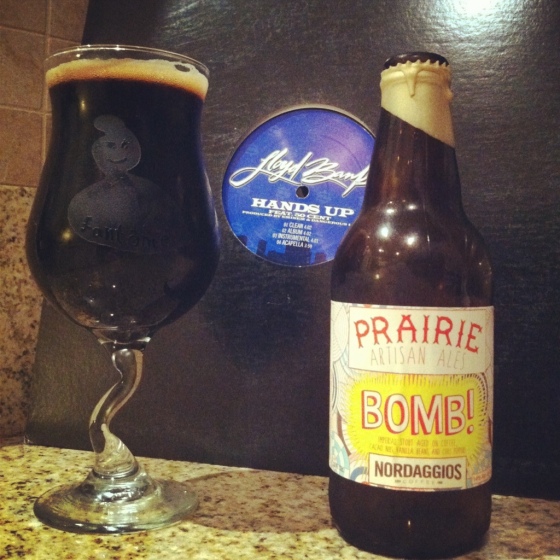 This beer is Bomb, Lloyd Banks is not.

A: At first blush this has all the blueprints of a walk down Hunaland, which is the gulag in Candyland most players never make it to. The oily sheeting is substantial but you can see its not just a residual sugar mess of needless sheeting, it holds a certain degree of poise and purpose, coating in black khaki but letting the alcohol sheeting zambonie that shit clean. This is substantial in depth and has the attractive cacao foam on top like some overpriced fixed gear coffee drink some stupid girl in a stretched out tank top with a strapless bra underneath would buy. The coffee, not this beer.

A beer this complex is sure to satisfy, use your tornado tongue

S: Alright, time to tap this core sample because we are dealing with some serious strata up in this bitch. Layers and layers of complex periods piled up like corkboard. You know all those adjuncts on the label, well they show up like Dick Tracy villains in turn on the nose: coffee, roasty acidity, a sweetness like Coldstone Creamery vanilla, a tiny bit of peppers submerged under the chocolatey decadence that is pervasive. No swappertunities here you Yoplait fucks, stout hard or GTFO.

T: This is like a Terrence Malick movie rolled into a liquid medium, I don’t know if I fully get it but damn it feels good to try. The whole thing opens with that coffee dryness, baller ass single batch fair trade painter handing out acidity flyers and drying until chocolate shows up dripping wet in a candy coated slab. A fucking 88 Buick Regal of cacao milk chocolatey goodness leaves trails of stick fondant and mousse on all the low-calorie haters. You can feel yourself enrolling in crossfit when you take each substantial sip, there’s no Instragram hashtag to motivate people to this panoply. The vanilla is ranked out and doesn’t show up at all, for obvious reasons. It’s like the cast of Biggest Loser entered an elevator and vanilla is the thin ass size 20 contestant in the mix. Thank god, the chilis are subtle and don’t go ham handed like Mexican cake. It provides more of a diaphanous crackle than a full on heat that deadens the palate. Abv called in sick, nowhere to be found, having a beat sesh to Judge Judy and scrambled Cinemax all day long.

This beer is strange, but it makes my socks go up and down

M: This doesn’t coat as hard as huna, but it doesn’t really need to since the taste focuses on two aspects that don’t especially need a deep lingering stickiness. It is somewhere in that Parabola range where you wouldn’t call it exceptionally thick, but it isn’t like Blackout Stout/Event Horizon or one of those svelte thin ass stouts. I am looking at you, size 1 jeans wearing Czar Jack with that apple ass.

D: This is tough to answer and I guess it really is up to your parole officer because sure you CAN put away probably 2-3 of these 14% beers. You can smash Goldfish on the entryway and leave a teary voicemail for your ex too, but that doesn’t mean you should. I think the 12oz was perfect, you get the blast of flavors, it opens up and sweetens as it warms and the affair is over with a swift economy that is approachable, unlike a Terrence Malick movie. This displays that poise that I wish some Bruery beers would give in their girth and 750 format, my liver and love handles can’t take it. 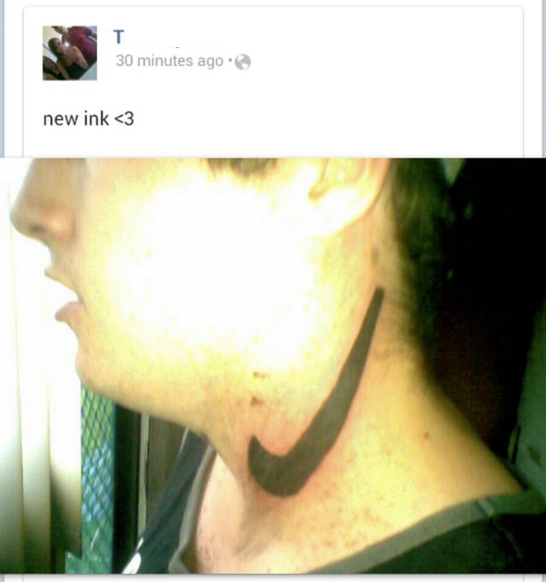 This beer is better than most of your other life decisions.

Narrative: The employees at Nestle were non-union, well, slaves really. The cacao factory in Bolivia was the only show in town now that Kraft had shut down all the local illegal logging operations with their new Chocomegalopolisplex. It looked not unlike Midgar with its huge Mako reactor filled with molten chocolate. The human resource department scrambled around the molten obsidian body of a 4’11” bolivian man who fell into the priming tanks. “GOD DAMN IT WE HAVE TO RECALL ALL OF THOSE CHIPS AT THE HEIGHT OF TOLLHOUSE SEASON!” one executive boomed. The tiny indigenous man parted his lips and the saccharine mud gurgled as he gasped for breath. “Por…por favor…no podemos usar…cafe…en la…dulces….” he stammered dripping mahogany drops on the acrylic floor. “WHAT IS HE SAYING! This is going to be a PR nightmare if we can’t get those coffee/vanilla/chili variants out for the holiday rush,” the production overseer fumed. An uncertified company nurse patted dabs of molted chocolate from Isidro, licking her fingers in the process. The press release would be a carefully executed affair, presenting all of the merits in a restrained way, albeit with underlying power and consequences. Isidro would receive a lifetime supply of Nestle Quik in both regular and strawberry variants, resulting in the unforeseen death of his village due to malnourishment.

One thought on “Prairie Bomb, As Soon As the Mashtun is up in the Benz, Ales be Poppin like Parkinson’s”