Parties gathered today at the Montana State Capitol Building to discuss an exciting new Reserve Society bill that was recently introduced to the House. “Under the flawed previous system, the poorest of people and breweries could enjoy beer onsite,” bill proponent and local foot fetishist Rep. Robert Hagen (R) noted, “with this exciting new bill, we look to create an exclusive Reserve Society within the legislative branch of the Montana state government to ensure that small breweries and poor people are completely fucked.”

The bill, being dubbed “The Brewery Destroyer” would implement limits on small Montana breweries, keeping them from serving beer on site after 8pm and relegate poor people to attempting to get laid in the most horrid of conditions. “Have you been to Montana bars? Like seriously?” local Missoula Resident, Dylan Chambers, commented, “I would seriously rather fuck a knothole in a tree like Boo Radley than have to try and drink or get laid there.” The new bill would also establish an exclusive Reserve Society for the only remaining Montana brewery, Big Sky Brewing Company, ensuring a monopoly with their beer that until recently, they had difficulty giving away for free at the Tap Room.

Pictured above: the source of nearly 43% of Montana’s domestic violence.

Members who contribute to the House Bill will receive a HB616 Hoodie, allocations of Big Sky Kriek, and exclusive benefits at the newly renovated Big Sky Tap Room. “We are really fucking everyone with this one, no question about it,” Big Sky Brewing head brewer, Matt Long, noted while rocking on his heels, “I mean, if the only brewery you drink at is Big Sky, people are gonna get completely wrecked.” Big Sky, noted for its famous Moose Drool and other largely avoided libations has been in business since June of 1995 and generally depressing people with their offerings for nearly two stellar decades. “We are looking forward to really shut down innovation with this bill, bring the beer world back into the ambit of ‘Trout Slayer’ if you know what I mean,” Long commented while sliding an index finger into an O made by his other hand, “we are out to do two things 1) get those beastly Montana women laid and 2) shut every other Montana brewery down in the process.”

Some opponents of the new Reserve Society bill opined that competition in the marketplace would be better served by allowing smaller brew pubs to sell their beers onsite at the brewery, as was allowed in the past. “I just really would rather kill myself than be forced to drink another pint of Bush Tail saison,” local HB616 opponent Kari Michaels protested “they claim this bill is about getting people hoodies and paying $300 to join their legislative club, but I am beginning to suspect it is more about selling really shitty beer.” 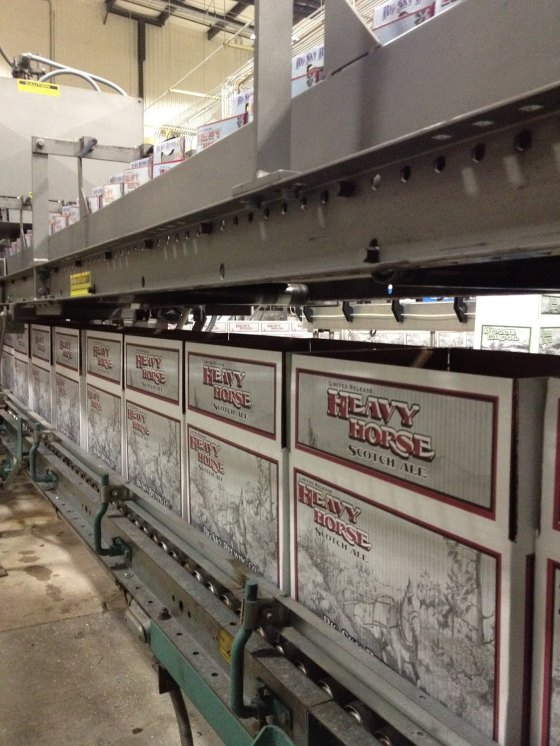 Tony Herbert, president of the Montana Brewers Association pleaded with the House this morning noting that “under the current system, Big Sky Brewing Company and all of the other currently nonexistent large Montana breweries are currently forced to GIVE AWAY their beer for free onsite.” Some people in attendance shuddered at the mere thought of drinking even a free pint of Big Sky Beer when the argument was presented. “Also you get a Hoodie, did we mention that? I don’t think that was made clear to all the breweries that we are about to put out of business. It’s a pretty nice hoodie.”

Representatives from various local breweries, Kelley Christensen (Desert Mountain Brewing), Matt Muth (406 Brewing), Brian Smith (Blackfoot River Brewing), Michael Ulrich (Carter’s Brewery), David Breck (Bridger Brewing), and Rob Jarvis (Philipsburg Brewing) attended the hearing to plead with the legislature about the pending Bill. “Listen, we don’t care about being forced out of business due to a legal technicality, just please don’t make us drink anything made by Big Sky, open a State Owned brewery or something, anything but that,” Kelley Christensen wept as she gave closing remarks.

Big Sky Brewing CEO could not be reached for comment at press time. When he was approached in the parking lot of Big Sky Brewing he quickly climbed into a red IROC Camaro and performed what Missoula locals described as “a really sick burnout,” laughing loudly to himself.