Ah, we have come full circle from a world class geuze to a world class American Malt Liquor beverage. This is what Freshman year of college tastes like for most of my readers, or 7th grade for my more degenerate participants. If you drink a 40 of this you are 52% more likely to engage in fingerbanging, fall asleep behind a Whole Foods, or both. I know that using glassware is a malt liquor fail but, we tryna eat on these streets. 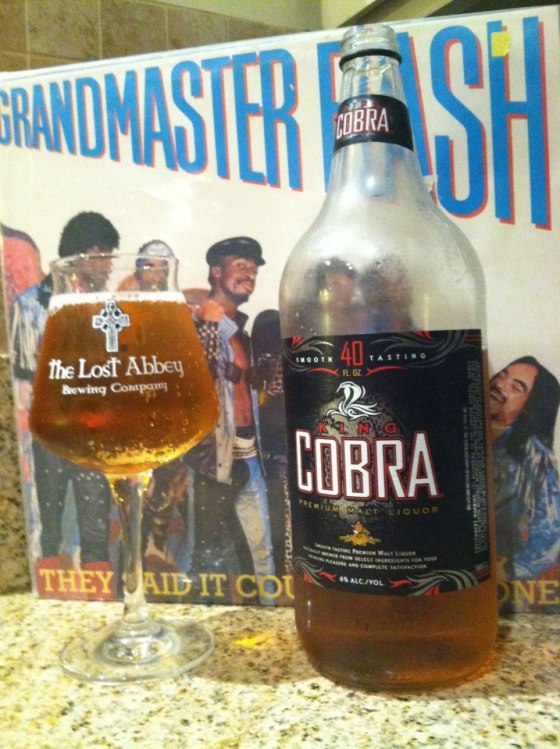 The underground is mine, I treat it like home. I am the reason brewers saying my name like Mike Jones.

A: You know that feeling you got when you were at rock bottom and pawned all of Nana’s brass figurines? This is what they look like after they have been melted down. The lacing is minimal and you tear up when you pour it out of the regal clear glass 40 oz bottle. The stemware is totally ancillary to the experience. There’s a clear brassiness to this with a glowing orange aspect to the center, like a radioactive pail of rainwater: YOU MIGHT GET SUPER POWERS. I get the super power to buy multiple 7-11 Tuna Sandwiches and pass out in the entryway. WILL I USE IT FOR GOOD OR EVIL? 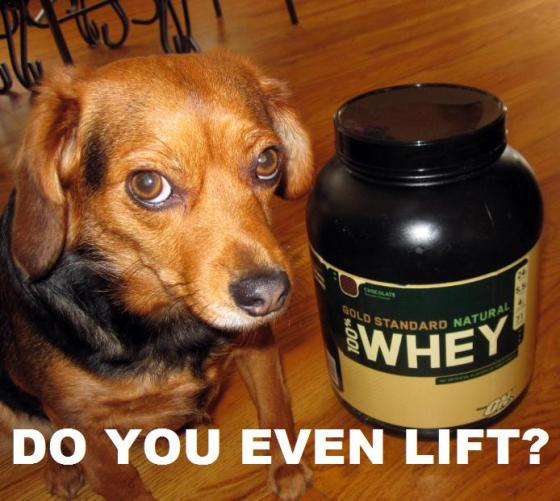 People that lift don’t drink this. Carleton Yoder can’t hang with the Cobra.

S: This smells like a blend of a light lager and a yeasty saison, like a yeast infection. This goes cream corn to the Monistat level real quickly. I actually enjoy the mild spice and vegetal aspect because if I imagine that this is a bretty beer and not just made with discarded canned produce, it is moderately pleasant. Considering the competitors in this field, this is one of the better offerings. I know, it’s like the old watch a marathon of MASH or Touched By an Angel dilemma where no one ends up a winner.

T: This continues the sweetness of the nose, kicks in some boiled carrot aspect, there’s a light wheat aspect and rounds everything out as though you filtered the beer through a Coinstar machine. I should pad out this section with more imagery but, I seriously don’t have much else to say about a movie that is 12 minutes long. Bane climbs out of the pit. There you go. 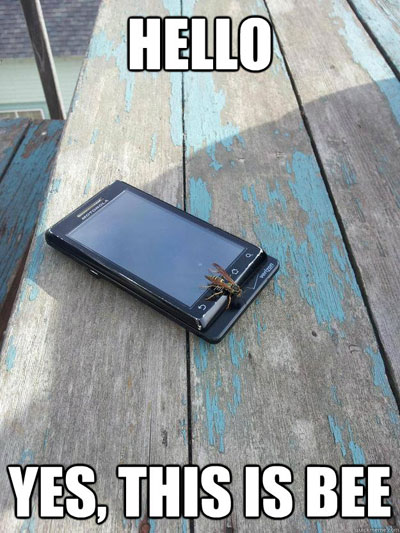 Oh sorry, I was calling for Cobra.

M: This is incredibly thin but do you really want a more substantial cling to this vegetal roll of nickels? If this was in a small format and left some more residual sugars, girls would drink this on the lake. Understand the analog to that is boys, who will drink this while contemplating which cold air intake will fit best on their Mitsubishi Eclipse. Then you jump a huge gap, and there’s shitwaffles like myself who open it to flame it and we all high five at how far we have come. I can’t go that route though because this hits the market segment dead on, provides a refreshing wildlife funkiness to it, provides a level of meta-irony that invites conversation, and ultimately won’t really get you that hammered. There are plenty of offerings from “craft” breweries like, let’s say White Birch, Mikkeller, and Cigar City. Go drop $15.99 on a Vuja De and tell me it is superior to this beer. I fucking dare you.

D: This is exceptionally drinkable and I can put away a solid 40 of this before my parole hearing and not even feel bad about it. The serving size is perfect, the taste is flawed, the history is immaculate, and the image is indefatigable. Revisit this gem with an open mind and an empty wallet. 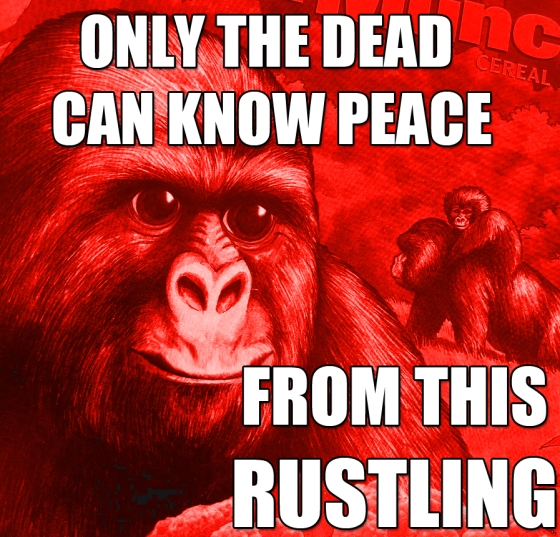 I will drink malt liquor in stemware and drainpour M: rustling jimmies is my bizness.

Narrative: The tri-state paper conference started out all wrong. Jace Rawlings knew he should have printed his handouts on eggshell, or at least opted for some embossed text. Now who looked like a fool in the company of triple bond champions. “Hey…JACE…Jace was it? Lemmie see that business card again!” Jace meekly handed his main competitor, Chaz Merkel, his freshly minted card. “I see you uh, you went big here on the single poly blend low acidity, did you happen to print this off of a HP Smarttech 2200?!” The crowd burst into laughter. References to the notorious HP Smarttech 2200 were particularly in vogue after a notorious feed error warranted a wholesale return to the factory. The other paper executives laughed and laughed at his expense. Jace lowered his head and accepted defeat. As he exited, he left a single origami crane folded out of visualizing paper, three hole punched, a rare 2003 vintage.

4 thoughts on “King Cobra Premium Malt Liquor, Things Get Real When You Put the Python on Them”