For the uninformed, this might look like a rather pedestrian gem for this site, that is until you see those magic words on that bottle OAK AGED. That’s right, we skipped right over the old traditional version and went directly for the .rar jugular. I have heard that they release 400 bottles of this each year, but maybe a Midnight Sun rep can clear that up for me. Either way, this is one of those 400+ wants < 15 gots sort of beers that brings all the boys to the yard. Let's get our pumpkins smashed in today's review:

A: This has a slick blackness to it that doesn’t come across as a hefty boy, it is nimble and imparts some light sheeting on the walls but the mocha skeeting is kept to a refined minimum. The carbonation runs freely and serves up tiny effervescence like a hungover barista. 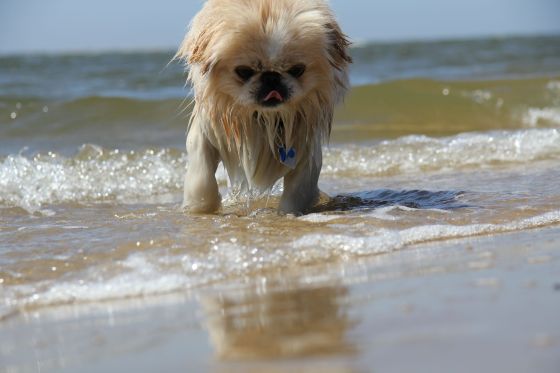 Out of the pumpkin mire, the oak aged chocolate monster cometh.

S: This has a much more robust nose than the regular version and deals out pumpkin, nutmeg, dark chocolate, milk chocolate, smashed M&Ms, light lactose aspects, and some pepper. There is a strange bit of clove and sweetness from a Djarum Black, the whole affair is classy but sticky at the same time, like 5th grade Halloween sleepovers in an opulent den of rich mahogany.

T: This carries the chocolate and pumpkin to the maximum, 7th gear engaged to the fullest. The spices are present throughout but are not overpowering, they are more like a tasty garnish to the main event. The chocolate and pumpkin don’t have that horrible synthetic feel that some other holiday offerings posit, I am looking at you Shipyard brewing and all of your Smashed Imperial offerings. It’s the kind of chocolatey boss that doesn’t give you your tens, but lets you leave early. Pretty solid.

Try this pumpkin beer that said. Only 7% abv they said.

M: This has a nice slick porter wateriness to it that imparts the flavor and gets out of there as though a new episode of Breaking Bad is on or something. You could put this back all day long, or you could open it with some people that will never have the chance to try it, either way beer curmudgeon. Spread the love around.

D: This is exceptionally drinkable and hides the abv well. The pumpkin and complexity of the chocolate aspects balance each other out and everyone is left with beige ass teeth smiling happily. The oak is not too pronounced but it is still empowers the other elements to do their thang, impart some vanilla and spice notes and then the bottle is gone.

This beer hits your flavor zones hard and leaves you stable, like a pumpkin BAWS.

Narrative: Bill Nye, the guy of science looked through the fusion reactor blast shield and scrawled some obtuse findings into a yellow notebook. The particle accelerator had successfully extracted carbon chains from both chocolate strains and disassembled complex amino acid chains from a gourd. Now the faint hue of the orange light spun rapidly as the proto-pumpkin quarks attempted to integrate themselves into the chocomatrix. “Those years of admonishing the reasoning faculties of children have postured me, BILL NYE, to usurp the throne of the king of Halloween.” The flow charts on the wall demonstrated the complex plan to become the figurehead of pagan rituals and how to rekindle the love of his followers through the use of science. “OH MY GO-” a flash of Ferrero Rocher gold erupted and Bill stared into the wispy whirring chocolate cloud. “MR. NYE! YOU CAN’T GO IN THERE, IT IS NOT FINISHED!” The Science Guy would see the instability of the product breaking down. He grabbed his oak clip board and entered the reactor and was imbued with chocolateyoakypumpkin free radicals, infusing him with the deep painful essence of Halloween. BUT WOULD HE USE THESE NEW FOUND HALLOPOWERS FOR GOOD OR EVIL?