A gueuze? From Wisconsin? Let me hold your horses for you, because I know everyone is gonna get all up in arms about how this is only a “belgian style” imitation of a “real gueuze” and all the trappings that come with that madness. Take a deep breath. I know, this isn’t a blend of three different years of lambic, shhh, hush. People in the midwest need nice things too, so let’s just proceed under the impression that this awesome beer can be called a gueuze, everyone wins in today’s review. 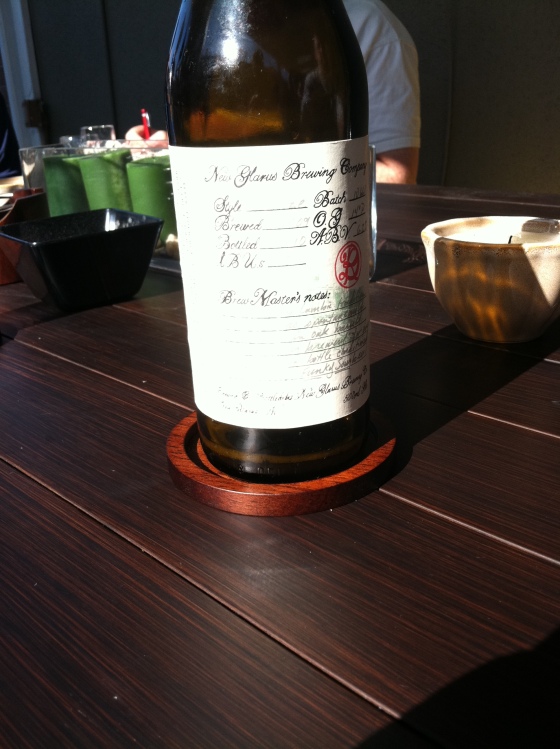 Do you enjoy fine print on your beer bottles? Well sir, you are in luck.

Brewed in the tradition of the Lambics of Belgium but using a blend of Ale Yeast, Brettanomyces, Lactobacillus, Pediococcus, and Acetobacter. These microorganisms came from our culture collection as well as many collected by Dan around the wilds of Wisconsin! Fermented and aged in Oak. This beer spent the summer of 2009 aging outdoors in used oak barrels, then bottle fermented.

A: The glass has a strange murkiness to it with a clear yellow hue and fluffy white lacing. It is more carbed than I was expecting for the style but, no complaints resounded through the mahogany walls. You’d probably like a picture of the pour right? Well too damn bad, I took that pic with a Blackberry, you’re lucky those janky things even had a camera at all.

This is a blend of some familiar aspects of different styles, but the result is still equally bad ass.

S: There is a tart Ginger ale smell to it. It is not exactly acerbic, but it is certainly sour. Is it the most sour Belgian offering that I have come across? No. But it is not disappointing. There are small bubbles that break and cascade artfully like a Rubens painting. This is just one note granny smith apples, not exceptionally funky or complex, but as refreshing as puppy chow when those Social Security checks run out.

T: Again, this is not overly tart but it has a great grape skin quality to it. There is an element of mild drying some white grape on the finish, but redundancy is redundant. There’s not that big doghouse musk to it that I look for in funky gooezy oferings, but the tartness and acidic lemon zest aspects make this wild ale pretty enjoyable, just not altogether a “gueuze” per se. 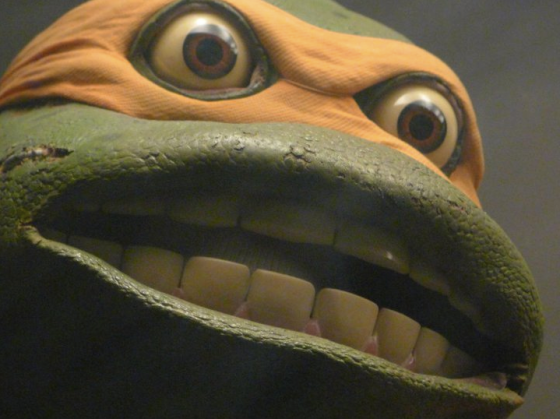 My face when this beautiful wild ale hit my glass, straight cowabunga.

M: After the mellow “gueuze” taste, which was more pedio with a slight acidity (read: not gueuze) it mellowed out into this thin, wispy crackling Pan that enchanted the nostrils more than the palate. It doesn’t coat, it doesn’t dry, it just rolls in, hangs out for 4 seconds and then peaces out, leaving its card on your Ikea coffee table. That is all.

D: Given the fact that this beer is so non-commital, it is a great Bachelorette Contestant, but it is a substandard gueuze. I don’t feel that this imparts enough to be worth the effort to obtain it. This is a great beer but trades for much higher than it imparts. You could land a Tilquin or a 3F Oude Gueuze and be all set. Take it with a grain of salt but this is not my favorite representation of the style and there must be a BETTER WAY. But seriously, I don’t feel like paying Lexus premiums for a Prius. This is good, just not as good as the hype would declare.

It would take a hell of a lot of gueuze to get you to this level, usually you are doubled over in a different position.

Narrative: “I like the pink room next to the PURPLE ROOOO-” The new season of the Bad Girls Club would be taxing on Jeremiah’s nerves, for another 3 months. It wasn’t the girls, it wasn’t running the camera, it was just the incessant vapid statements that pulled him limb from limb. “I’m just saying like, not even gonna lie, if someone ever, ok let’s just say, no one can run this place-” He counted the subordinate phrases, not a single statement to be derived from entire sentence. The sweetness of the premise, the light tartness of the girls in passing conversation, and the smell of chardonnay throughout the house was welcoming. “OH NO SHE DI’NT! I AM FINNA SHOW HER WHAT TIME IT ISSSS!!!” but ultimately, this offering was not a show at all really, it was a conglomerate of other base emotions melded into a single unerring gaze through fake eyelashes and colored contact lenses.